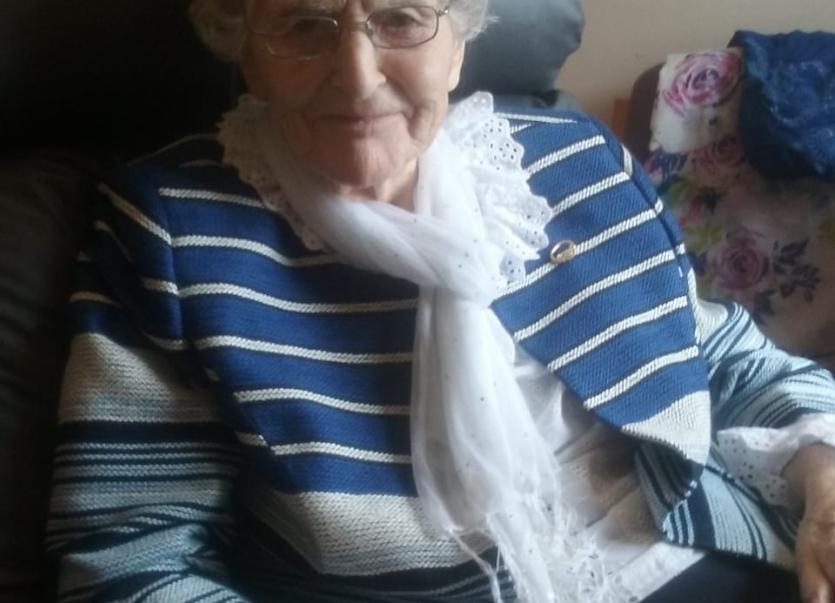 The death has taken place of Brigid Butler (nee Cunningham) from Kilcar who has passed away at the age of 102.
Brigid was born in Shannagh, Kilcar in 1916 to Anne Gallagher and John Cunningham, who was known as Johnny Frank.
She was the fifth of 13 children and went to Coguish National School.
After school, she left to work in Fanad and from there she went to Coláiste Moibhí, the Protestant training college for national school teachers in Dublin, where she worked on the domestic staff.
While she was there she met Douglas Hyde who was a regular visitor to the college. When he became the President he asked Brigid would she come and work with him.
While she declined the offer two of her sisters, Maura and Sheila, did go to work in Áras an Uachtaráin.
Another two sisters, Peg and Kitty, followed Brigid to work in Coláiste Moibhí.

Brigid married Mick Butler from Chapelizod, Dublin, who worked on the railways. While she had no children of her own she became the first play leader in the new Ballyfermot playground.
When her husband died in the late 1960s she returned to Donegal and looked after her mother. Brigid worked in Rodgers Hotel in Killybegs and was known for travelling on a scooter.

Amazing memory
She had an amazing memory and could recite every Gaelic poem that she learned in school and added to the repertoire continuously throughout her life.
After returning home, Brigid loved to attend cultural events in Kilcar such as music sessions and book launches.
She was interviewed by Raidió na Gaeltachta and her great memory provedof great assistance to students collecting oral history.
She kept fit and alert and only moved to Killybegs Community Hospital at the age of 98 where she enjoyed the wonderful and loving care of the staff there.
Brigid always extended a warm welcome to nieces, nephews, great-grandnieces, and great-grandnephews. They were reminded of her pride and love of family and Shannagh, her love of poetry, the Gaelic language, and her love of learning.
Brigid is survived by two brothers, James in the US and John in Glencolmcille, and a large extended family. She passed away on Thursday, February 28 at Killybegs Community Hospital. She was laid to rest in Kilcar last Saturday after Requiem Mass celebrated by Fr Eddie Gallagher at St Cartha’s Church in Kilcar.