IT OCCURS TO ME: Welcome to Ireland - a small hamlet in England

And we remember Sacha, Duchess of Abercorn 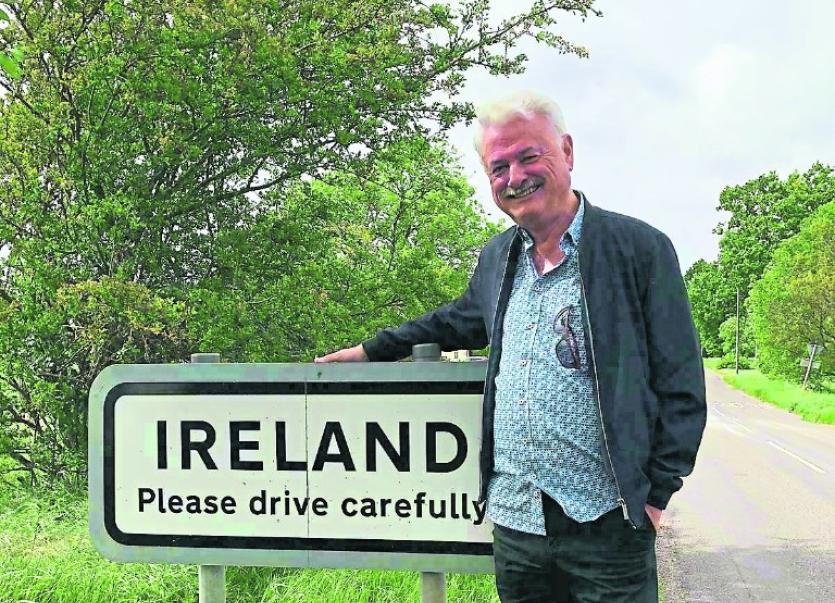 In his three autobiographical war novels, our own Patrick MacGill outlines his experience in British Army First World training in St Alban’s in Herts. and Dunstable in Bedfordshire.
I thought of him last week as I stood at the sign for a small hamlet in Bedfordshire called ‘Ireland’. It acquired its name from the Irish navvies that were employed to build the now abandoned railway and tunnel nearby.
They camped in tents behind a cottage which later converted into a tavern to slake the thirst of the navvies, and is now known as the Black Horse.
‘Ireland’ now consists solely of the pub and a mere half dozen houses nearby.
I was delighted to be in the company of retired English lecturer Mark Thomson and his wife Loreto, who introduced me to many fascinating aspects of local history, much of it inextricably linked with Ireland’s traumatic past.
The day before, they took me to beautiful Cambridge and showed me where Oliver Cromwell’s head lies in Sidney Sussex College. After we left the Black Horse, we went to Ampthill Hill where Queen Catherine of Aragon had been incarcerated by King Henry 8th as he wooed Anne Boleyn and changed the course of history of these islands by divorcing Catherine.
The site of the castle is now marked by a cross erected by Lord Ossory in 1770 with an inscription said to be by Horace Walpole on its base.
"In days of old here Ampthill's towers were seen,
The mournful refuge of an injured Queen;
Here flowed her pure but unavailing tears,
Here blinded zeal sustain'd her sinking years.
Yet Freedom hence her radiant banner wav'd,
And Love aveng'd a realm by priests enslav'd;
From Catherine's wrongs a nation's bliss was spread,
And Luther's light from Henry's lawless bed."
I was reminded of Brendan Behan’s scathing take on all of this: Ironically, Catherine died of natural causes in January 1536, while poor Anne (mother of Elizabeth 1st) was beheaded in May of that year.

At Christmas, I wrote about the late Sacha, Duchess of Abercorn, whose Pushkin Trust introduced some 40,000 children over the years to the joys of creative writing, environment, dance and music.
There was a big contingent of Donegal teachers present in St. Anne’s Cathedral in Belfast last week to commemorate Sacha, as well as educators from all over Ireland.
I was delighted to see Harry Cheevers who did so much in the early days to twin Donegal and Tyrone schools as well as Noreen Fiorentini and fellow teachers from Inishowen, as well as Helen and Pauric Cannon from Letterkenny.
I sat next to David Oliver, Principal of Balllyraine National School and was delighted to meet Marie Heaney again, whose husband, the late Seamus Heaney, was such an inspiration and support to the Trust.
I met his great friend and fellow poet, Michael Longley, and many old colleagues from the education and literary fields.
One of many moving tributes was from Johnny McDaid of Snow Patrol, who at eleven years old, was the first winner of the Pushkin Prize.
It changed his life, he told us. He introduced me to his wife Courteny Cox, and they reminisced fondly about a recent sojourn in Donegal.
Prince Andrew was the special guest and there was a reading by Timothy Knatchbull, whose twin brother Nicky was murdered alongside his grandfather Lord Mountbatten in Mullaghmore.
Timothy and his parents survived the blast.
He read from Corinthians and the final line was more than apt summing up his own forgiveness and Sacha’s lifetime of achievement:
“And now abide faith, hope, love, these three...but the greatest of these is love.”

In last week’s Donegal Democrat, in the wake of some controversy about certain councillors who did not get re-elected, the words ‘Dirty Tricks’ occurred at least three times. Mmmm?
I was reminded of a very shrewd observation by Winston Churchill who was giving some advice to a terrified wee Tory about to make his maiden voyage in The House Of Commons. The Labour benches were baying at him and waving papers, causing the nervous MP to enquire:
“Is that the enemy, Sir Winston?” Churchill growled: “No! That’s the opposition...the enemy are always behind you!”

DIDN’T I WARN YOU?

Some weeks ago, I wrote about the controversy surrounding Frank McBrearty joining Fine Gael and how it was doomed to end in some kind of mire.
I don’t want to say...I told you so...but?
With Leo’s star fading and the ongoing Maria Bailey controversy, is it not about time that Donegal FG’ers told the powers-that-be in Dublin to go and take a running jump to themselves.
I thought Noel McBride from Carrigart would be elected but he too seems to have suffered from a split vote..Eimer Friel from Fanad being selected by FG to run as well.
Joe McHugh knows his own lie of the land very well..he would have known Noel was a good bet on his own...did HQ listen to him?

ARDARA...CITY STATUS?
One of many enjoyable features of the weekend’s ‘Summer Lights’ Festival in Ardara was the beer and bread afternoon in Woodhill House and the music from Hungaian duo, Gabor and Erno.
It was great to see so many from middle and Eastern Europe soaking up the sun and atmosphere.
We decided to walk to the House and on the way, were stopped by some young German tourists who enquired: “Can you direct us to the centre of the city please?”
We did and I trust they enjoyed the metropolis! 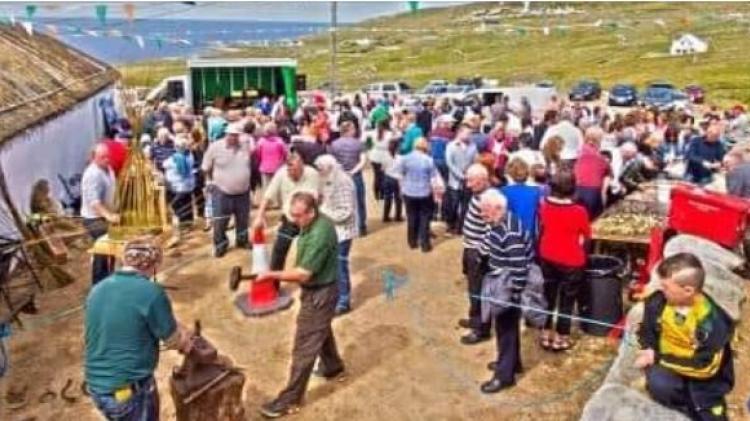 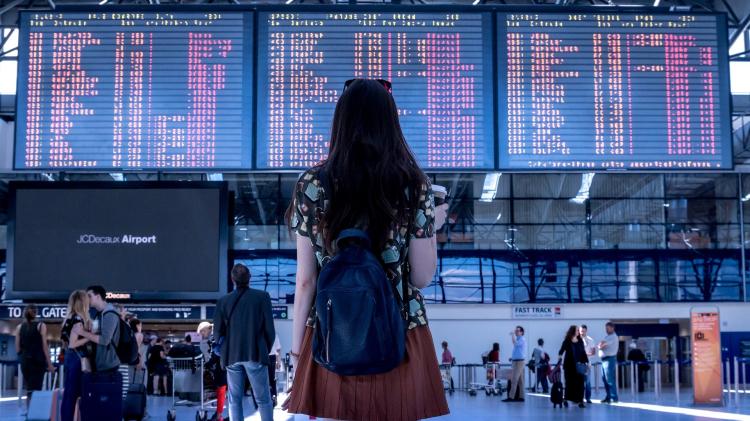