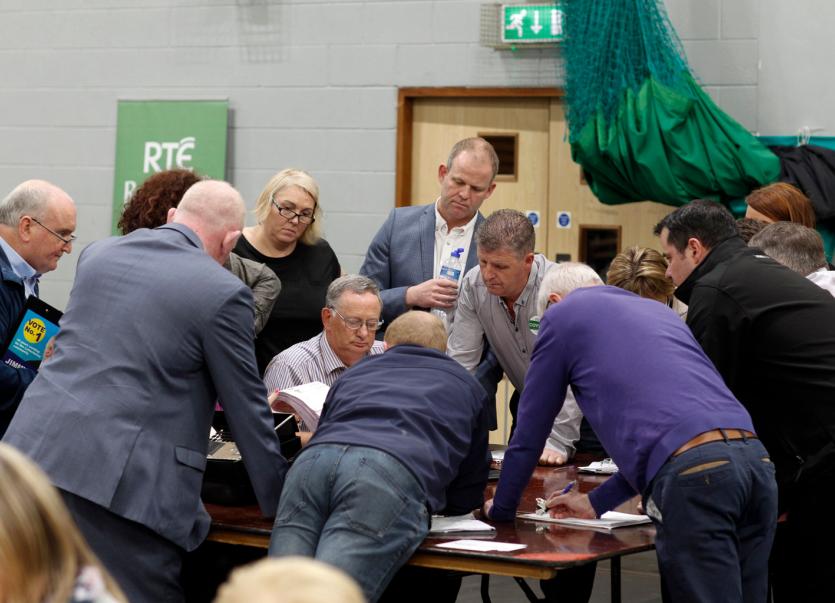 Deputy Martin has offered his sincere condolences and those of the Fianna Fáil party to Manus’s wife Bernie, his five young children, his parents Jacqueline and Donal, and to each of his eight siblings.

“As three time consecutive and reigning champion of the Donegal International Rally, Manus’s racing talent was limitless. He was widely respected and loved by all of the rally community here in Ireland," he said.

“Manus had just embarked on a promising career in local politics having recently been elected to Donegal County Council representing the Fianna Fáil party. It was obvious throughout his recent election campaign that he was passionate and entirely committed to serving the people of the Letterkenny electoral area which he cherished.

"Manus made a huge contribution to his community. As a self-employed businessman, he employed 60 people in Letterkenny. He was an active fundraiser and advocate for the Letterkenny University Hospital. He had great commitment to the GAA and managed his local club, Glenswilly to Junior B success in 2016.

“He will be sorely missed by his family, friends and all those closest to him. My thoughts this evening also remain with Manus’s co-driver and loyal colleague, Donal Barrett. Manus's death is an immeasurable loss to us all.

TRIBUTE FROM PAT THE COPE GALLAGHER

Deputy Gallagher stated: "Today,  a dark cloud descended over County Donegal and indeed over Clones this afternoon where Donegal were playing Cavan , when the sad news broke of Manus Kelly's tragic and untimely passing.

"I have known Manus for some years and I particularly got to know him extremely well during the recent Local Election campaign.

"He was a consummate professional in all that he turned his hand to be that in business or sports and more recently politics - since his election to Donegal Co Council just four weeks ago. Manus provided through his business employment for many people and he always advocated the strength of local business and enterprise.

"He was a very likeable and homely person, with an enormous personality that radiated from him where ever he was. Manus had a great natural way of interacting with people.

"He was a most caring husband to his wife Bernie and their five children. No words of mine can articulate the massive loss they feel , but the support of the entire county, his motor rally colleagues, his political colleagues and his hundreds of friends will give you the strength to sustain you as a family in the days ahead.

"Recently elected  to Donegal County Council following a very successful and energetic campaign- those that worked closely with him during that campaign are feeling the loss of a close friend. Manus was just entering into what was going to be a long and successful career in politics, he had all the attributes of a fine and caring public representative. He was so looking forward to repaying the confidence which the electorate placed in him by working hard on their behalf over the next five years.

"I wish to express my deepest sympathies to his wife, Bernie and their  five children , his own family, his parents Donal & Jacqueline, his brothers and sisters and   the wider family network - to the many many friends which were close to Manus throughout his career and life.

"Manus leaves this world far too prematurely, called from us with a sudden cruelness that is impossible for us as humans to understand, but his life was well lived and he spent his time always trying to help others as best he could. His life ends at the peak of his career and when a new dawn was breaking which would see him serve the people of Letterkenny LEA."

Sinn Féin Donegal Senator Pádraig Mac Lochlainn has described news of the tragic death of Cllr Manus Kelly in the Donegal International Rally today as a “devastating loss for his family, friends, and all who knew him”.

Speaking on behalf of Donegal Sinn Féin, Senator Mac Lochlainn said: “Donegal football fans are returning home from Clones on what would normally be a day of great celebration to the awful news of Cllr Manus Kelly’s death.

“His death is a devastating loss for his family, friends, and all who knew him. The people of Donegal took great pride in his many successes as a rally driver, not least winning the Donegal International Rally for the last three years.

“The dedication and professionalism he displayed as a top rally driver was extended to his business that employs dozens of local people. And recently, he was elected as a County Councillor for the Letterkenny Electoral Area.

“On behalf of the Sinn Féin party in Donegal, I extend our deepest sympathy to his family, friends, and the Fianna Fáil party in Donegal. Our thoughts and prayers are with them all at this terribly sad time.

“We also extend our thoughts and prayers to the man who was injured in the tragic collision today (co-driver Donall Barrett).”