Anglo-Celt comes back home to Donegal

Cassie Mae to lead the parade in Glenties with Ulster trophy 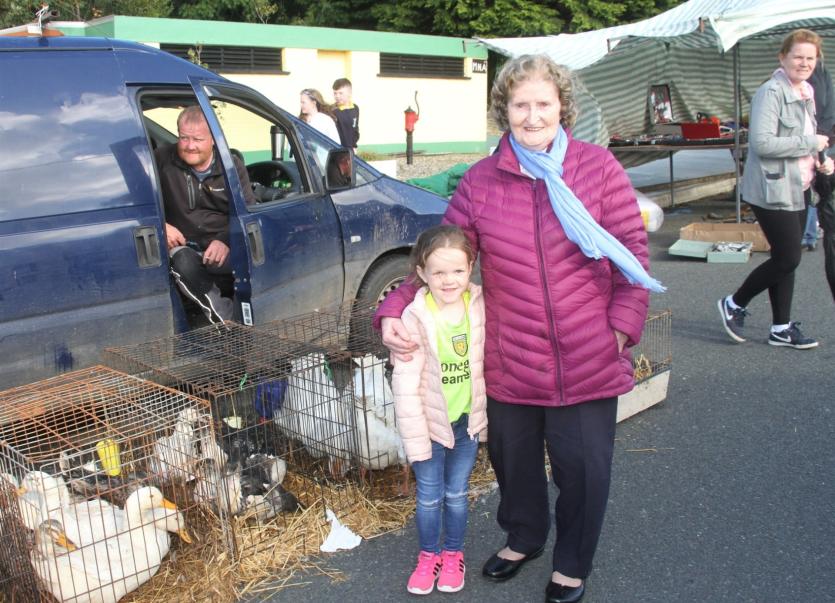 Two well known Donegal supporters with nearly 90 years separating them in age were out enjoying the great atmosphere of the Glenties Harvest Fair yesterday and despite their age difference, they were both in agreement predicting a Kerry win tomorrow night.

Nora O'Donnell has great memories of the Harvest Fair and many of these have been captured both in print and video by her two sons Michael and Brendan. Michael is actually running an exhibition over the weekend and it certainly is well worth a visit.

Cassie Mae is getting all set for the parade on Sunday where she will lead up six bands and numerous floats with the Anglo-Celt Cup wearing her now-famous crochet outfit.

Brendan "Bradas" O'Donnell, one of the committee members said:" We are delighted with the turn-out so far. This year we have had a great variation in the various stalls - we had everything from barista coffee, marinated mussels, ducks and drakes, clothing and even rosary beads - it was all there.

"Tonight we will have Breezy Willow baking bread for peace followed by Conor O'Donnell and a jiving contest and then tomorrow we are re-introducing the Horticultural show.

"Sunday will see a very colourful parade take to the Main Street with no shortage of fun, music and plenty of floats."