Party time in Ballybofey as town celebrates its 400th birthday

Huge crowds visit to join in the fun 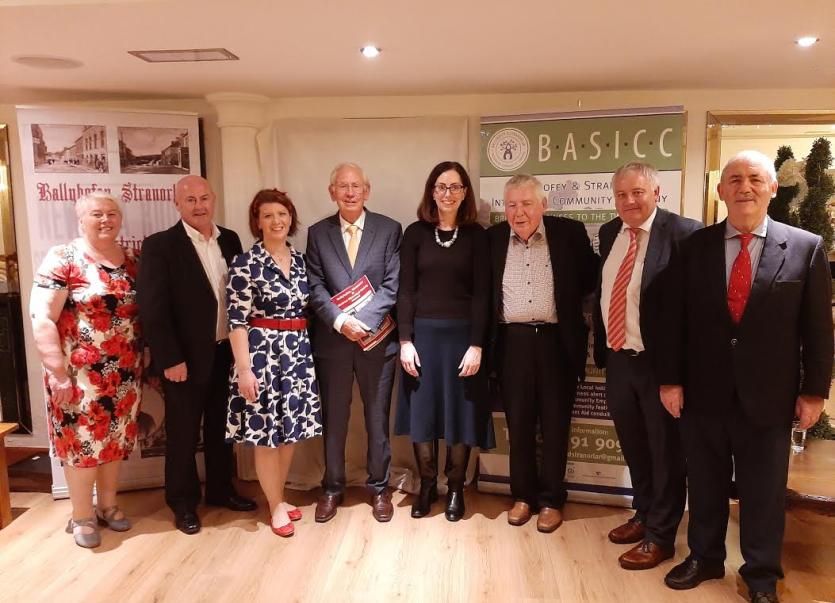 The people of Ballybofey and surrounding areas were in good spirits this weekend as they celebrated the town's 400th birthday.

History shows that back in 1619 a charter was granted for a market to be established on the banks of the River Finn. While there certainly were people already living along the river’s banks, this is the first record of a formal settlement.

Proceedings got underway on Friday night with an official launch in the Villa Rose Hotel undertaken by one of the town's most famous sons, director of the MacGill Summer School and former RTE executive, Joe Mulholland.

He shared sharing his memories of growing up there and his ambitions for the future for the town, how it should look to the future with its twin, Stranorlar, and the need to enhance and develop its local resources for the betterment of everyone concerned.

Other contributors on the night included local journalist and historian, Pat Holland, who entertained and informed the large gathering of the stories and connections between the various surnames in Ballybofey while Annaleigh Margey, a lecturer in history at the Dundalk Institute of Technology, delivered a most informative a talk that put Ballybofey in context in the 1600s.

The night was rounded off with a series of funny stories from local businessman and raconteur, Charlie Bonner, who added a light touch to the proceedings.

Both Leah Fairman from the Ballybofey and Stranorlar Integrated Community Company, (BASICC) and Kathleen Phelan of the Ballybofey, Stranorlar and District Historical Society, thanked everyone for their efforts to making the 400th birthday plans a reality.

The town was bustling on Saturday with events galore to suit all comers and with good weather for the most part all events were well supported.

Celebratins continue on Sunday with a a half-three-quarters marathon and music sessions at various venues around the town.

The full programme is available online at www.ballybofeystranorlar.com, on Facebook, or from The BASE Enterprise Centre on Railway Road.