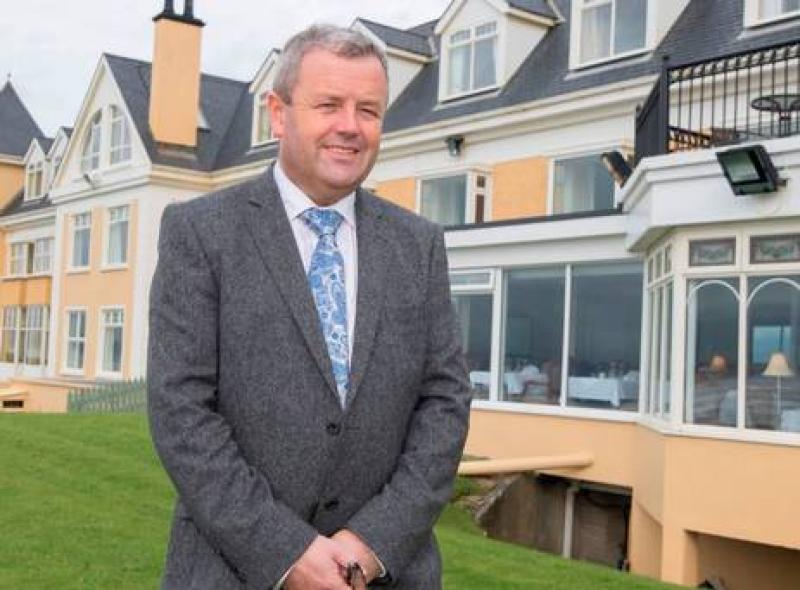 Hotels and guesthouses in Donegal have voiced concerns about tourism performance this year and the challenges facing the sector, including Brexit and increasing costs of doing business.

According to the latest national industry survey from the Irish Hotels Federation (IHF), 57% of hotels have seen a fall in overall business levels compared to this time last year while 33% report an increase.

Business levels from the UK remain very challenging for hotels, largely as a result of uncertainty around Brexit and the marked drop in the value of Sterling in recent years.

Some 64% of hoteliers report that the weakness in the value of Sterling has had a negative impact on business levels while risks associated with Brexit have resulted in 73% re-examining investment plans and taking a more cautious approach for next year.

Commenting on the results, IHF Donegal branch chair, Paul Diver of the Sandhouse Hotel in Rossnowlagh, stated: “Irish tourism has been one of the great success stories of the economy in recent years, supporting 270,000 jobs and promoting balanced regional growth across the country. Here in Donegal it supports 7,500 jobs and contributes some €249m to the local economy annually.

However, we are now at a cross-roads and facing a number of pressing challenges including serious risks associated with Brexit, increasingly high costs of doing business in Ireland and ongoing difficulties in attracting visitors to the regions and extending the short tourism season. To help address these challenges, we are calling for additional supports from Government to assist tourism businesses, including a restoration of the 9% VAT rate.”

“Brexit is particularly challenging in light of our heavy reliance on visitors from the UK, which is even more pronounced for regional tourism businesses. A ‘no-deal’ outcome would cause enormous difficulties for the hotel sector, creating the prospect of a drop of over 10% in tourism revenues from UK visitors and a decline in Irish consumer sentiment, which would have a knock-on effect on domestic tourism activity.”

“Furthermore, we continue to face increasingly high costs of doing business which have been compounded by the Government’s decision to increase the tourism VAT in last year’s Budget. As a result, Ireland now has a higher rate of VAT on tourism accommodation than 27 countries in Europe with which we compete, making us less attractive as a destination.”

Mr Diver acknowledged the progress made in recent years in new product development and market diversification, including regional campaigns offering significant potential for tourism growth. “They can play a vital role in lengthening the tourism season, which is of particular importance to our local tourism industry. These initiatives must be more adequately resourced and this requires an increase in Government investment in tourism marketing and development,” he added.

The IHF continues to press the Government to introduce a Tourism Satellite Account within the Central Statistics Office (CSO) to provide a full analysis of the economic activity in the Tourism industry and how much it contributes to each county throughout the country. “It will also provide independent verification to assist those who rely on the National Accounts, where tourism is not identified, to inform their deliberations on taxation and economic policy,” Mr Diver said.