Jack provides so much inspiration to so many 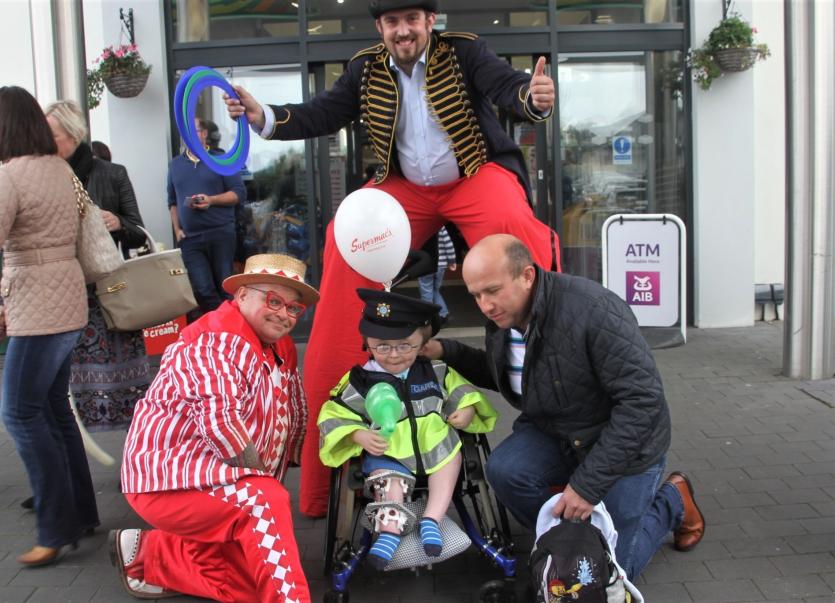 Jack Beattie - an inspiration to all

Donegal’s youngest member of An  Garda Síochana was on patrol on Sunday afternoon around Donegal and on his travels dropped into one of the largest birthday parties in the county.

DG 999 Jack Beattie’s pure enthusiasm and wit captured the affection of the huge crowd present at Supermacs in Donegal town where he visited with his parents Ruth and Kenneth.

The restaurant chain was hosting their 1st birthday celebrations and no better man than Raphoe schoolboy Jack to liven it up.

When his mother Ruth tries to help him his reply is ” No Mum; I’ll do it. Practice makes perfect”

A big music fan, Jack lists the likes of Nathan Carter, the Three Amigos as his favourites, and has been known to sing “Anna from Buncrana” in honour of his two Garda friends.

It was quite obvious on Sunday afternoon that Jack, in spite of his own challenges, has the unique ability to cheer everybody up with his infectious smile.

Without a doubt, this young lad is a true superhero, an inspiration to us all who captures the love of everyone he meets.