Harps gear themselves towards play-offs - see who they will play 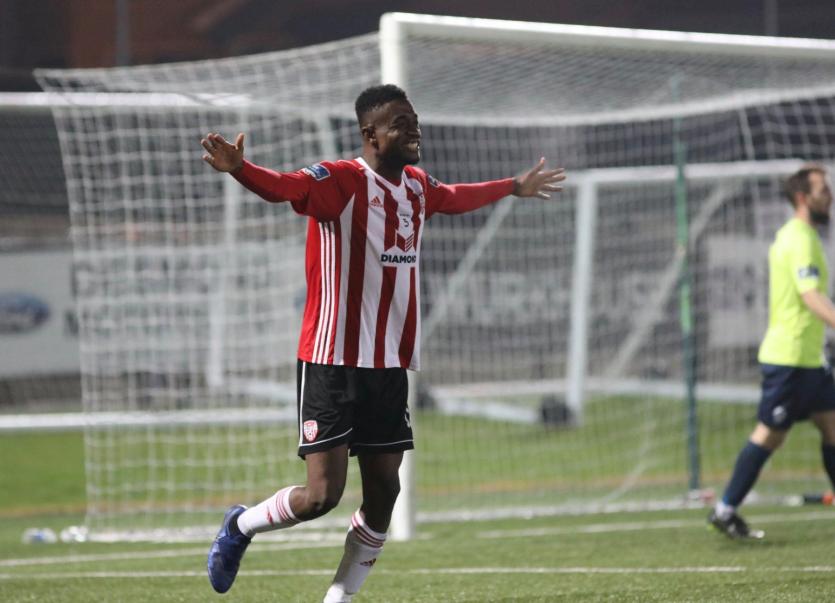 Junior got a hat-trick for Derry

Finn Harps lost out to neighbours Derry City as both teams completed their league campaign at the Ryan McBride Brandywell Stadium.

Finn Harps, who showed 11 changes from last week, were well beaten by Derry City with Junior grabbing a hat-trick for the hosts. Grant Gillespie got the other goal for the Candystripes.

This result ensures that City have booked their place in the Europa League for next season, and finish fourth.

Harps were already certain to finish second bottom, irrespective of how this game went.

But they had one eye on the play-offs.

On Bank Holiday Monday, Harps will go into the first leg of the Promotion/Relegation play-off where there will take on Drogheda United.

Drogheda, thanks partly to a Luke McNally hat-trick, thumped Cabinteely 5-1 to win 6-2 on aggregate in the Division One play-off.

The second leg is at Finn Park next Friday.