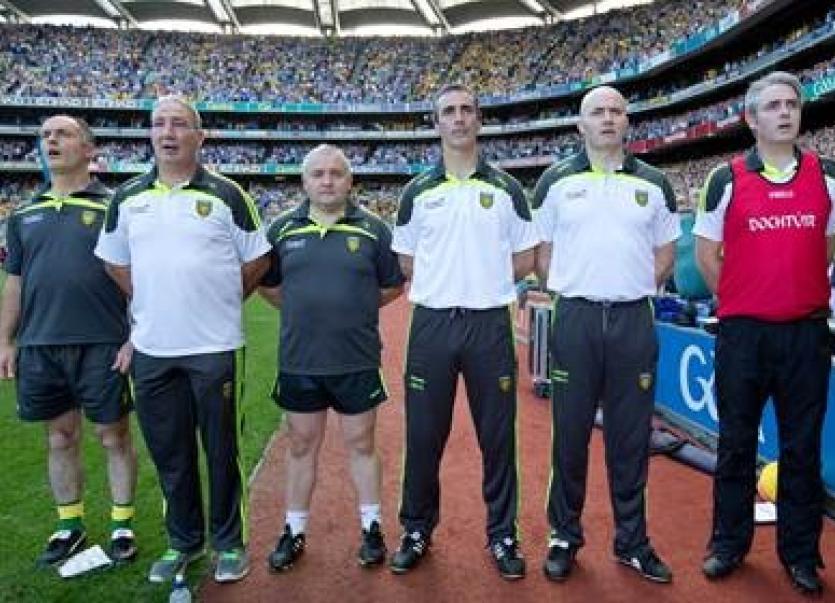 Naomh Conaill, who defeated Gaoth Dobhair in the second replay of the Donegal senior championship final last night Wednesday, are due to play Cavan champions, Castlerahan on Sunday in Kingspan Breffni Park.
And tonight a well-respected medical doctor, Dr Charlie McManus, has called on the Ulster Council to put the game back seven days as a matter of importance to the welfare of the players involved.
Dr McManus, who was medical doctor to the Naomh Conaill team, and was also involved with Jim McGuinness with the Donegal All-Ireland success, feels that to ask the players to play again on Sunday is unfair on so many levels.
Dr McManus has written to the Ulster Council (See letter below) and he has also called on all Naomh Conaill parents, followers, etc., to get in contact with Croke Park and the Ulster Council to voice their strong opinions.
"Should this request not be sanctioned, then I request that the medical grounds upon which the decision is made to proceed are sent to me."

Dr McManus's letter to the Ulster Council
To whom it may concern,
I wish to have the Naomh Conaill (Donegal County Champions) match on Sunday, Nov 3rd postponed. I make this request out of the genuine concern I have for the welfare of the players I look after, on a volunteer basis.
Under no circumstance should this game be allowed to proceed without taking the welfare of these players into consideration. To have played the amount of football these men have done in the last 10 days and be expected to tog out again in the Ulster club championship is wrong on many levels.
First, we must not forget that these are amateur athletes – many returned to work, college today. They left Ballybofey last night after 11 pm when the Temperature was 2 degrees. These men require appropriate time for recovery and this time frame is not allowed, if they are expected to play again on Sunday.
Second, the Glenties team should be allocated enough to celebrate their achievement last night without the worry of a game in 3 days. Many of the greatest players that ever played the game never managed to win a county championship. This achievement should be allowed to be acknowledged and celebrated.
Third, games should be on a level playing field. This means that both teams should have time to prepare adequately. It is unfair on many levels if Naomh Conaill have 3 days versus 3 weeks for their opponents. The Donegal champions should be allowed to meet their Cavan counterparts properly prepared, rather than patched together.
Finally, in my medical opinion, to allow this game go ahead is reckless and negligent. My duty of care, as a volunteer, is to these athletes who have exhausted themselves for the love of their club and the game. I cannot express enough my concern over their welfare, should this game go ahead.
I ask, on medical grounds , in the best interest of these players, that this game be postponed for at least 7 days. Should this request not be sanctioned, then I request that the medical grounds upon which the decision is made to proceed are sent to me.
Yours
Dr Charles McManus