Storytelling, comedy, drama, workshops, poetry, crafts and much, much more 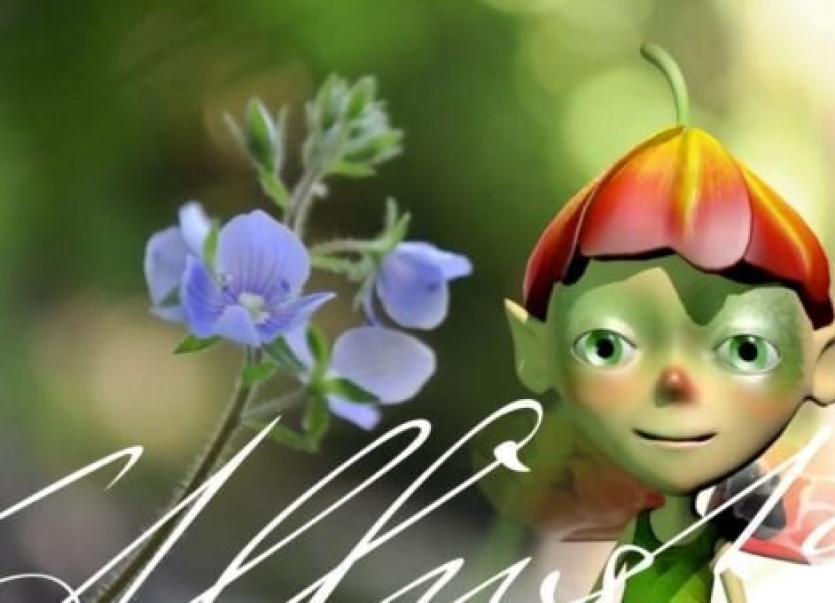 Visitors to this year’s Allingham Festival can look forward to a packed programme of live entertainment, exhibitions, film screenings and other exciting cultural activities.

This annual festival held in honour of poet William Allingham celebrates and develops creativity in people of all ages.

This is achieved through events ranging from drama and concerts to workshops, readings and creative writing competitions.

Among the big names coming to Ballyshannon to take part are former Children's Laureate PJ Lynch and comedian Kevin McAleer.

There is also plenty of local talent being showcased, including a screening of ‘Gaza’ by documentary makers Garry Keane and Andrew McConnell; a talk by the inspirational Cathal Gallagher; and a celebration of the work of writer Frank McGuinness.

The festival opens on Wednesday, November 6 with a performance of the Frank McGuinness play ‘ The Bread Man.’

Set in north Donegal in 1970, it tells the story of Sinner Courtney as he struggles with family relationships.

Cathal Gallagher who captured the hearts of the nation with his open and honest approach to Operation Transformation will give a talk on mental health and well-being in Kilbarron House.

Meanwhile, there will be an art exhibition by former Children’s Laureate, illustrator PJ Lynch in the Abbey Arts Centre.

Thursday evening’s events kick off with a wine reception and festival welcome in the Abbey Arts Centre.

This will be followed by the Allingham Lecture ‘Power And The People’ by Eamonn McCann.

The renowned illustrator will also hold an art workshop for primary school children in Coláiste Cholmcille.

He will then give a talk on his life and career as a working artist in the Abbey Arts Centre.

Well known for his contributions to BBC Ulster Gardeners World, Brendan Little along with Olive Travers will give a talk on the garden paintings of Helen Allingham.

Friday evening will be a tribute to Donegal writer Frank McGuinnes. This starts with a wine reception in the Abbey Arts Centre, followed by a staging of The Bread Man.

Up and coming band Hatchlings will  delight revellers into the small hours in Dicey Reilly’s.

By far the busiest day of the festival, highlights include a screening of the award-winning documentary ‘Gaza’ by Garry Keane and Andrew McConnell, and Kevin McAleer’s comedy show, both taking place in the Abbey Arts Centre.

Indeed, the Abbey Arts Centre will be a hive of activity on Saturday. Mary Kelly-Reid’s Wardrobe Makeover is on in the morning.

The Stephen’s Family Archive is an exhibition of old books and newspapers.

There will be an arts and crafts fair with handcrafted art, prints, wood engravings and hats for sale.

The Jim Maguire photo exhibition of Ballyshannon through the years will run throughout the day.

The schools art and writing awards will be presented by Conor Carney.

Over lunchtime, there will be a talk on ‘Powering The Nation.’ This looks at the construction of the Erne hydroelectric scheme.

A Novel Idea will host a book fair. And there will also be a launch of the book Outlanders by Seán Ó'Tuathaigh.

Sure to be a popular event, Frank McGuinness will be in conversation with Seán Rocks.

History Ireland Hedge School promises to be a very enjoyable  evening of art and culture.

Elsewhere in Ballyshannon on Saturday, there will be a fun craft workshop for all the family in Local Hands.

Brickz 4 Kidz Lego is in Coláiste Cholcmille, as is Sketching With Words, a creative writing workshop with Olive Travers, and there will be  a children’s art workshop with Christine Fox.

The Literary Lunch in Nirvana Restaurant will see poetry and flash fiction winners presented with their prizes. Keith Corcoran will launch his book ‘Mysteries and Legends of Donegal.’

The final day of the festival opens with music and poetry in The Thatch, including a recitation competition for the PJ Drummond Cup. This will be followed by Rhythms and Rhymes in the same venue, with Monica Corish and Gráinne McMenamin.

A family favourite, Disney’s Robin Hood will be screened in the Abbey Arts Centre.

This is also the venue for the 15A film ‘Extra Ordinary,’ described intriguingly as a hilarious Irish horror/ rom-com.

The Allingham Festival 2019 comes to a close with the annual concert in St Anne’s Church on Sunday evening.

Further information including times, cost and booking details can be found at allinghamfestival.com