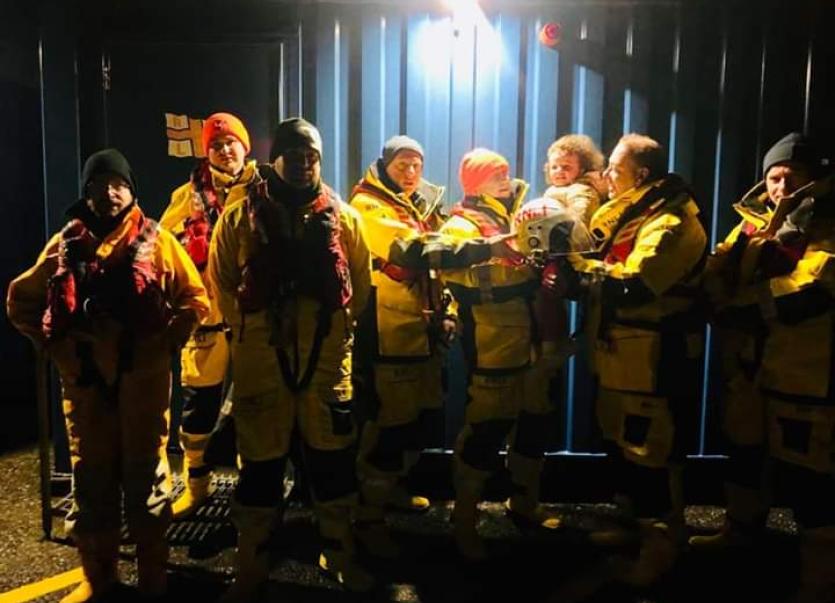 Buncrana Pier has been the scene of an emotional reunion between little Rioghnach McGrotty and the RNLI Lough Swilly crew members based there.

Rioghnach and her mum visited the RNLI portacabin at the pier, the site of the March 2016 tragedy in which her dad, Sean McGrotty (48), her brothers, Evan (8) and Mark (12), her grandmother, Ruth Daniels (57) and her aunt, Jodie Lee Daniels (14) died when their car slid into the Swilly.

Baby Rioghnach was the sole survivor of the tragedy, rescued by Davitt Walsh, one of the first people on the scene that fateful night.

According to Joe Joyce, RNLI Lough Swilly PRO, and her mum, Louise James, were in Buncrana to hand-deliver an “extremely generous donation”, the proceeds of a family event.

Speaking to Inish Times, Joe Joyce said the crew was “delighted” to meet the family.

He added: “Rioghnach and mum Louise have become good friends of the Lough Swilly RNLI Station. They are interested in everything we are doing.

“They have visited us privately and met the crew and we were only delighted to meet them again on Tuesday evening again and we thank them for their generosity.

“It was a low key visit. We had a wee chat for about 20 minutes and then Rioghnach watched as the boat was launched.

“One of the fellas was telling me afterwards, Rioghnach was fascinated by the crew's 'yellow pyjamas,'" smiled Joe.