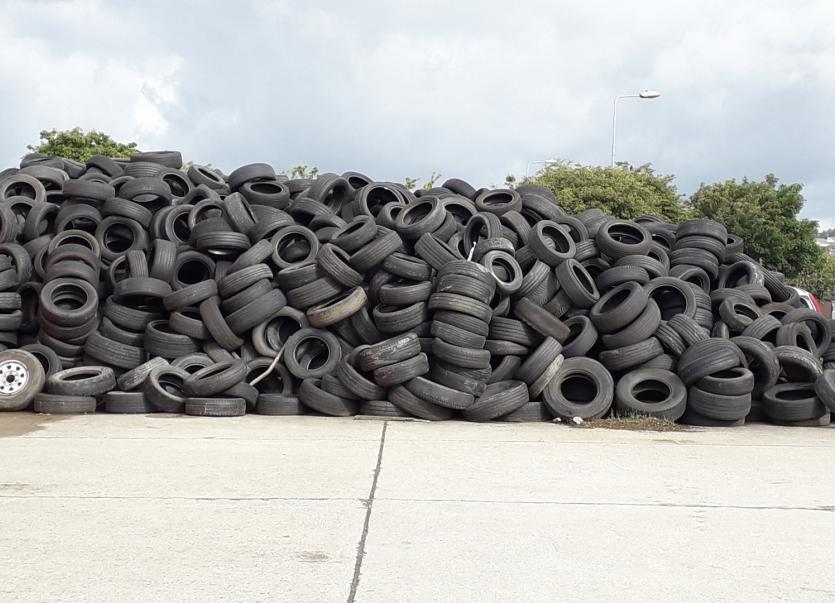 Donegal County Council has moved to reassure a Donegal community regarding a sizable pile of waste tyres at a commercial premises in its midst.

Donegal Live was contacted by several readers who were extremely concerned about the potential theft or burning of the tyres at the recently closed Pit Stop Tyre Centre in Buncrana, Inishowen.

One reader said “Garages charge drivers a fee to dispose of old tyres in a safe, environmentally-friendly manner, when we are buying new tyres. We are happy to pay the fee because we want  our old tyres to be disposed off responsibly.

“This pile of tyres in Buncrana seems to have built up over a couple of years. It would seem the tyres have not been disposed off but have remained on site instead.

“I would now be concerned they might now be stolen by people looking for bonfire material or even burned on site. Either way the level of environmental damage which might result would be catastrophic.”

Speaking to Donegal Live, Donegal County Council said: “The Council's policy on tyres / waste tyres is that all operators are obliged to maintain membership of a nationally approved compliance scheme whereby end-of-life tyres are managed in an appropriate, lawful and environmentally friendly manner.

“Donegal County Council is aware of the matter at the former Pit Stop Tyre Centre and are currently investigating the issue and liaising with relevant parties with a view to getting the matter resolved.”

Cllr Murray commented: “It is vital that these tyres are promptly removed given the potential environmental impact if they fell into the wrong hands.

“Given the unique circumstances in this instance, I believe that Donegal County Council should show leniency and help facilitate their disposal.

“It is in everyone's interest that this happens as soon as possible.”