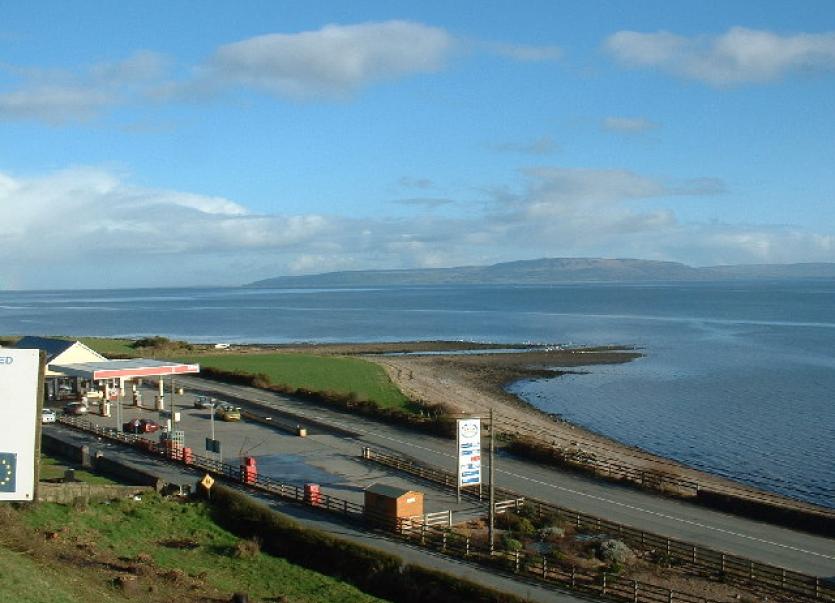 The Foyle coastal road from Muff through Quigley's Point to Moville is set to benefit from Climate Change Adaptation funding.

Welcoming the funding announcement of €250,000 for the project, Donegal councillor Terry Crossan (Sinn Féin) said it had been allocated for protective measures and embankment stability weaknesses and to protect the road from further slippage.

Speaking to Donegal Live, Cllr Crossan added: “The improvement measures will take place along the Foyle towards Quigley's Point at Three Trees.

Two months ago, the roads engineer and I walked the shoreline and saw at first hand the effects of tidal erosion on this stretch of road. We also discussed the need to access funds for this project.

“The engineer and I walked that shore between the  bottom of the Aught road right down towards Drung. There are areas there where tidal action has undermined the hard shoulder of the road at the right hand side, travelling towards Moville.

“This needs to be addressed as a matter of urgency because if a large HGV vehicle had to pull into that hard shoulder, the driver would not be aware there was a weakness there due to undermining by tidal action," said Cllr Crossan.