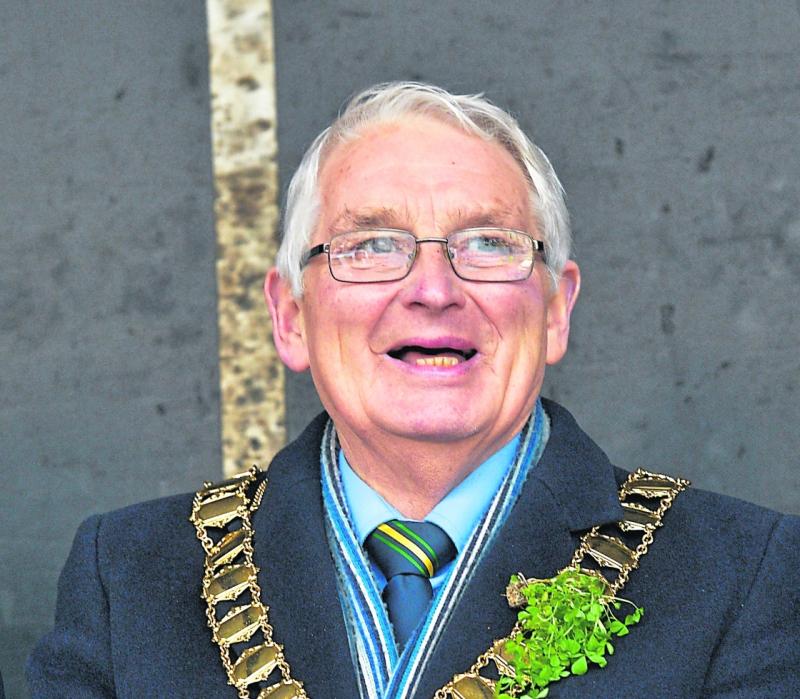 The September meeting of Inishowen Municipal District councillors was adjourned as a mark of respect for the late Cathaoirleach Bernard McGuinness.

Many tributes were paid to Councillor McGuinness, described as “our colleague, friend and councillor” by Leas Cathaoirleach Nicholas Crossan who chaired this afternoon's sombre meeting.

Cllr Terry Crossan said: “I only really knew Bernard from coming on to Council two years ago but in that time, I actually got to know Bernard very well and he was a person I grew to respect. I valued his experience and on many an occasion, I would have called him up and asked for advice on specific issues or questions that I had and I would have to say, I always found him very forthcoming and helpful and he will be sadly missed here at the Municipal meetings and also at the sub committee meetings and also at plenary. I would extend my sincere condolences to his immediate family and his wider family and friends. He will be sadly missed here.”

Cllr Rena Donaghey said: “As the councillor who served the longest period with Bernard on the County Council, I would have grown to know him very, very well. It was with great sadness and shock that we learned that Saturday evening of his untimely death and I have to say it took some time to sink in and I still find it very hard to believe that here today, Bernard is not with us. He was a great attender of meetings. He missed very few. And, to do 42 years serving as a public representative, giving nearly all of his life to the people of Inishowen and the people of Donegal, it is some doing. And his commitment to his constituents in Inishowen, the county and the Fine Gael Party was exemplary. I served on many committees with Bernard and he served on an awful lot of committees. He was on the Cross Border Committee and I always said, I thought Bernard was the right person to be on that committee because he had a lot of experience and he knew exactly what Donegal needed and what was right for Donegal and he would never let his bone go with the dog. He  fought his corner. He was very astute. He was a well-seasoned politician and he will be sorely missed and that experience will be missed in Inishowen as well. He was an all rounder, a publican, a farmer, a bee keeper, a gardener and he would be the first to tell a story before our meeting would start. We are going to miss all of that and whenever you saw Bernard's face on the screen, directly behind him, you could see the picture of the Sacred Heart. Bernard was very, very spiritual. His death will leave an unfathomable void. My condolences to Jan and Bernard's children.”

Cllr Martin Farren said: “I would have come to know Bernard in the early 80s. I was a young man then and I was asked to join Fine Gael, which I did at that time and I would have been working alongside Bernard. He ran in a couple of general elections. Unfortunately he didn't make it but I would have been one of his men on the ground, doing my best to try and get him elected. Bernard was dedicated to the people of Inishowen. The one thing I will say, in the 12 years since I got elected, Bernard always treated me with respect and I appreciated that. I was very sad to hear Bernard had passed away. It happened very, very quickly. He was a character. He had a great singing voice. His death is a sad loss to Inishowen and his family. My thoughts and prayers are with Bernard's family because, when someone passes away like that and as quickly as Bernard passed away, it takes a long time to come to terms with it. Offer sympathy to his family and it was an honour for me personally to have served on Donegal County Council with Bernard McGuinness for 12 years.”

Cllr Martin McDermott said: “It is sad day for us all, knowing that when we finished up in July that we would be attending the first Inishowen Municipal District meeting in September and that Bernard would have passed away in that time. He was in good form come the end of July and August. I had conversations with him about different things that were still going on in the community and Inishowen and mica had certainly been top of his agenda, something that he had been heavily involved in from the word go. He will be missed at Inishowen and county level and he will also be missed in the locality. Bernard McGuinness's name has been heard in Inishowen for years, long before any of us got into politics. He played his politics like football. When he was on the field, he did whatever he had to do but when the game was over, he would be your friend and go for a drink or something to eat. He will be missed by us all. He always was someone you could ask advice from when you needed it. I would like to extend my condolences to Jan, Johnny, Gregory, Ross, Maria and Jean.”

Cllr Jack Murray said: “I would like to extend my condolences to the McGuinness family. Bernard was a huge figure. You could se the esteem in which he was held in the local community at his funeral, the whole community, the football team came out to pay tribute to him. You saw his legacy in the fact that national figures from across Fine Gael, including the Tánaiste, paid their respects to Bernard. That showed the status and the stature of the man. Bernard felt very strongly about national politics and he would disagree on that. He was a formidable political opponent on national issues but a staunch ally when it came to local, Inishowen issues. He is a huge loss to Inishowen and a huge loss to his local community and to the family that he loved very, very dearly. Ar dheis Dé go raibh a h'anam.”

Cllr Paul Canning said: “Bernard is a serious loss to Inishowen. He was a very, very strong, astute, cute as a fox politician. He wore his politics on his sleeve and never made any apologies for it. He was always a politician no matter where or when you saw him. He had a great social side to him as well and it is unbelievable he is gone.”

Cllr Albert Doherty said: “What I would like to highlight was Bernard's sense of decorum and his fairness. I can recall on one occasion, we were across in Ayrshire, lobbying for a connection between Scotland and the Inishowen peninsula and when it came to acknowledging the Ayrshire officials, he insisted I do the county representation. Likewise, at a meeting of Carndonagh Development Association, myself and Cllr Denis McGonagle came in to confirm that the offices of the council would be located in Carndonagh, it was welcomed by those at the Development Association and he looked over to me and said, 'You played your own wee part too'. He didn't have to acknowledge it but he did. I also think, July 13, he chaired the last meeting and June 22, when I handed over the chain and he became the Chair, he saw that to be first citizen Inishowen was something to celebrate and share with others and I am glad I was able to share that day and that evening with other colleagues and Bernard. His names excels throughout July's meeting. The day after his death, there was €50,000 announced for Culdaff. I felt, he is still at work. Bernard had an interest in this region we live in and last Inishowen Chair on the North West Regional Development Group. He was all the time promoting this region. Ar dheis Dé go raibh a h'anam.”

Cllr Nicholas Crossan concluded: “I am saddened and I can't get it into my head that the first function I would have to perform is to pay tribute to the late Councillor Bernard McGuinness. I knew Bernard a long, long time, as a youngster going around in the bread van with my father. He was a great family man. He was a dedicated councillor. He was a loyal and faithful servant to the people of Inishowen and Donegal. He fought many Council elections and never lost his seat, which is a tribute to the people of Inishowen. He worked most of his adult life as a councillor and The work that he did in Inishowen, I don't know if it will ever be equalled, it certainly will never be beaten by any of us or future councillors because he was so, so dedicated. He loved a song, he loved a story, he loved to tell a story. He was fun to be with. I did not or do not know or never knew a person better than Bernard McGuinness to enjoy fun. He enjoyed the craic. I will miss him and we will miss him and the people of Inishowen and Donegal will miss him. There are a few projects that Bernard felt very strongly about and was looking to get done and I think it would be remiss of us if they weren't done in the very near future. My sincere condolences to Jan, Johnny, Ross, Greg, Maria and Jean. Sincere condolences to all of Bernard's family and his many, many friends. He was a true blue Fine Gael man, he fought his corner but, one person you could never be angry with was Bernard McGuinness. He could do what ever he wanted but when the heat was over and the game was finished, that was it. The day was done, draw a line in the sand and we moved on. I will miss him. We will miss him badly. It was an untimely death and, I suppose, if there was ever a way to go out, to go out as the first citizen of Inishowen was it. Ar dheis Dé go raibh a h'anam.”