Meeting adjourned as a mark of respect 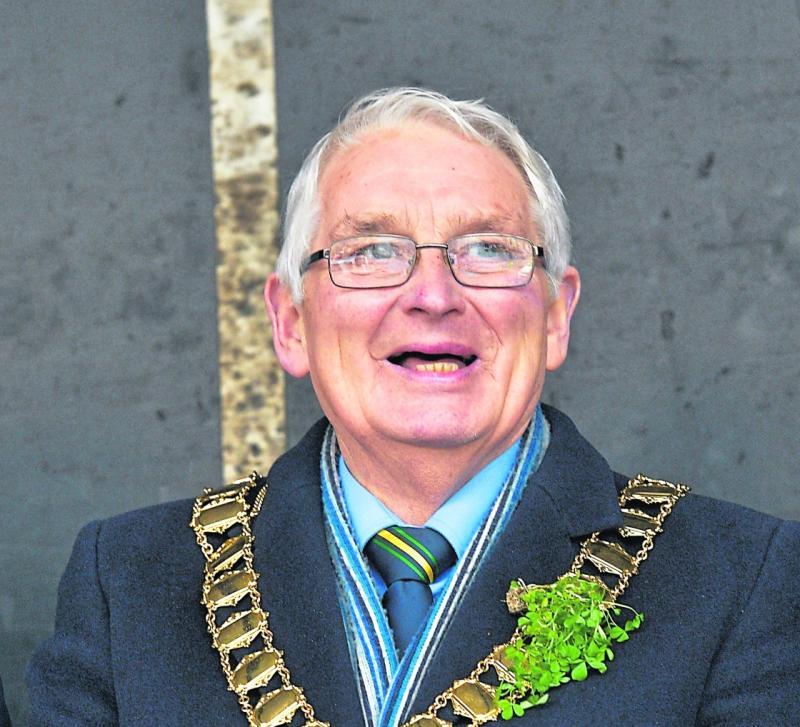 Members of Donegal County Council paid tribute to the late Inishowen Cathaoirleach, Councillor Bernard McGuinness (Fine Gael) at the September plenary meeting of the council which was held in the Aura Leisure Centre, Letterkenny.

Cllr McGuinness, who passed away on August 28, was fondly remembered by his fellow councillors, before Cathaoirleach Jack Murray (Sinn Féin) adjourned the meeting until October 6, as a mark of respect.

Cllr Patrick McGowan (Fianna Fáil) began the tributes on behalf of the Fianna Fáil party and extended his sympathy to Cllr McGuinness' family and to the Fine Gael party.

He said: “Bernard had great passion for Inishowen and representing Donegal, no more so than the North West Cross Border Group. Bernard often spoke to me about the early days of that group. He would have been one of the founding members. He said it had been a very, very difficult task because most of the country was not speaking politically [to each other] at the starting point. It was the height of the Troubles and people were looking away from each other.

“There was an awful lot of work done behind the scenes, on the ground. There were meetings in Belfast and all over Northern Ireland at a time when people were actually even afraid to cross the border. I have no doubt, years later, when it came to setting up the different meetings between the the three governments and the support which came from America and the whole Good Friday Agreement, a lot of the spade work was done at a local level, by local councillors at that time, who went on to become MLAs and TDs.

“But if you can work at the ground level, where you are at, a lot of things can be done, a lot of seeds are sown and these are things that Bernard was so, so passionate about. Many a time he spoke to me about the Cross Border Group, about what was done and how they went out to Europe, how they challenged various governments cross border, to try and achieve positive discrimination towards the North West.

“Politically speaking, as well too, Bernard really enjoyed his politics. You could see the glee in his eye. He enjoyed nothing more than when we hit difficulties between Fianna Fáil and Fine Gael, the great political rivalries over the years. But, when the game was over, the game was over. He really enjoyed that, you could see that comradeship that is with all of the members in the Inishowen MD,” said Cllr McGowan.

Cllr Jimmy Kavanagh led the Fine Gael tributes and said he had known Cllr Bernard McGuinness since the 1970s.

He added: “But in a way I got to know more about him in the last couple of years, during this pandemic, than I had in the previous 30 or 40 years.

“Bernard took his cocooning very, very seriously and there was nothing he liked better than spending two hours of your time chatting on the phone and telling you his life story, talking about anything and everything. I spoke to him so much on the phone over this period of time, while the pandemic was on. I last spoke to him on the Wednesday before he died. I rang him to see how he was doing. Little did I know that was the final conversation I would have with him.

“Bernard was a unique individual. He was full of mischief, full of devilment. He had a great sense of humour. He loved life and he loved politics. He loved the banter and he loved the fight. He would battle his corner with anyone, friend or foe, but he was always prepared to have a good laugh about it afterwards, whatever the outcome was.

“He still managed, as well, to look after his family, the bar, the shop and to look after his pub and somehow, on top of all that, he always managed to put his family first. He was a remarkable man and he will be sorely missed by everyone who knew him. He will certainly be missed by us in the Party. He will be missed here at the meetings and I'll miss the telephone conversations with him. Sincere condolences again to Jan, to the whole McGuinness connection. May he rest easy,” said Cllr Kavanagh.

Members of other parties and independents also paid tribute.

Chief Executive, John McLaughlin, joined in expressing his condolences to Cllr McGuinness' family, on behalf of himself and the staff and management of Donegal County Council.

Mr McLaughlin said: “The tributes have been paid to Cllr McGuinness today across all parties are testament to the respect and ability of Cllr McGuinness. He could have those tough debates and still get praised today. I think it's great the Cathaoirleach is doing this this morning for the members.

“Cllr McGuinness was very committed during those 42 years of public life. He had his own style during the meetings in Carndonagh. You would always know whenever he left the room or when he was in it. Even if he wasn't speaking, he had a presence. He had a very handy way of taking the tough decisions. He just knew instinctively what to do and he would stick by them. He did not need a lot of paperwork or back up. He used intuition, I suppose coming from the years that he came through the Council, some tougher times.

“Cllr McGuinness always took a very professional and astute approach as a politician. When we were visiting any Department or Ministers. He regarded any Minister as value to the Council, no matter what party they came from. I often went on delegations with him to Dublin and I saw that at first hand. He took particular pride in the work of the Cross Border Group. It began 40 years ago during much tougher times.

“He was a family man and family was central to his life. I remember a couple of years ago in Culdaff, he was showing me where he carried 16 stone bags of corn on his back as a young man up steps to the mill. I said, 'That was tough'. 'John,' he said, 'When you have the right knack, you can do it! I think that was fitting for a lot of things Cllr McGuinness did,” concluded Mr McLaughlin.