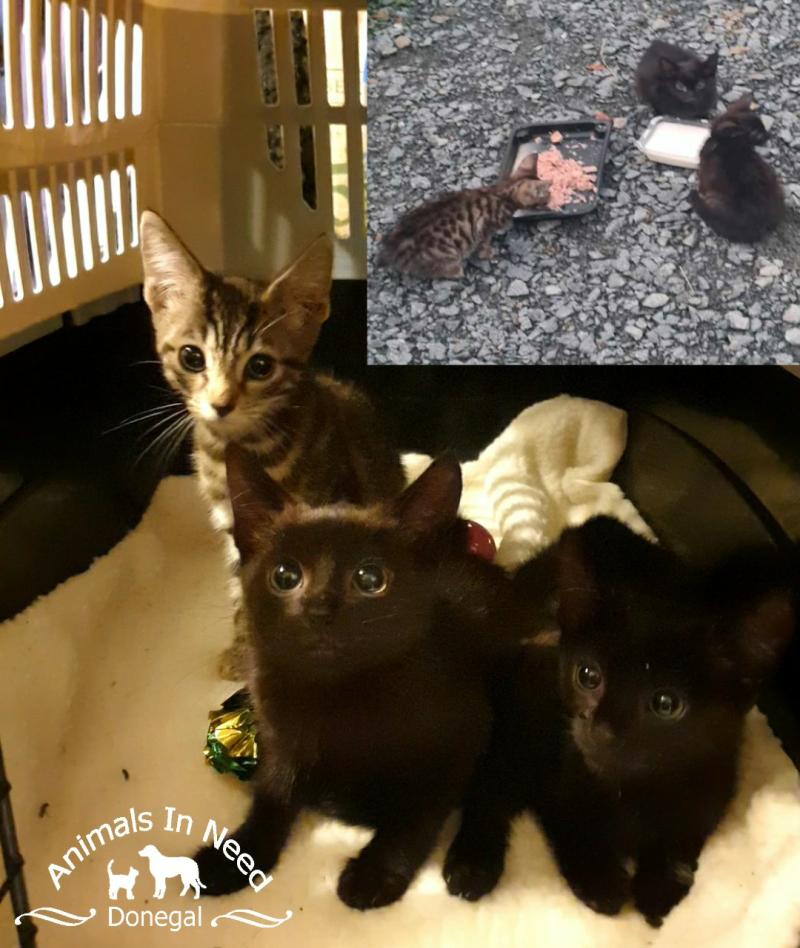 Animals In Need Donegal (AIN) are appealing to the public for help as the number of rescued cats and kittens in their care passes one hundred.

Usually, ‘Kitten Season’, when the majority of kittens are born each year, lasts from March to September and should slowing down by now but this year the charity is still receiving calls regarding pregnant cats and abandoned kittens on a daily basis.

AIN recently had a record-breaking week in which they took in 38 cats and kittens, amongst them three heavily pregnant cats who gave birth to fourteen kittens between them within a few days of their rescue, along with a number of small kittens being found at roadsides or dumped in the countryside.

There has been a spate of cruel dumping cases in the past few weeks, with litters of kittens being abandoned in remote areas.

Last week, three little kittens of around seven-weeks-old were found in a remote area by chance when they ran straight up to a walker who happened to be passing.

These friendly kittens have clearly been well handled and are used to people and to just dump them to die is extremely cruel. They had no chance of survival on their own and were lucky to be found.

Three friendly kittens of the same age were discovered the week before on a lonely path by Lough Colm in Milford.

The latest kitten arrival was found limping in Frosses on Saturday last. He has a large hernia near the groin area and a bruised bone on his back leg and is due to have surgery this week. 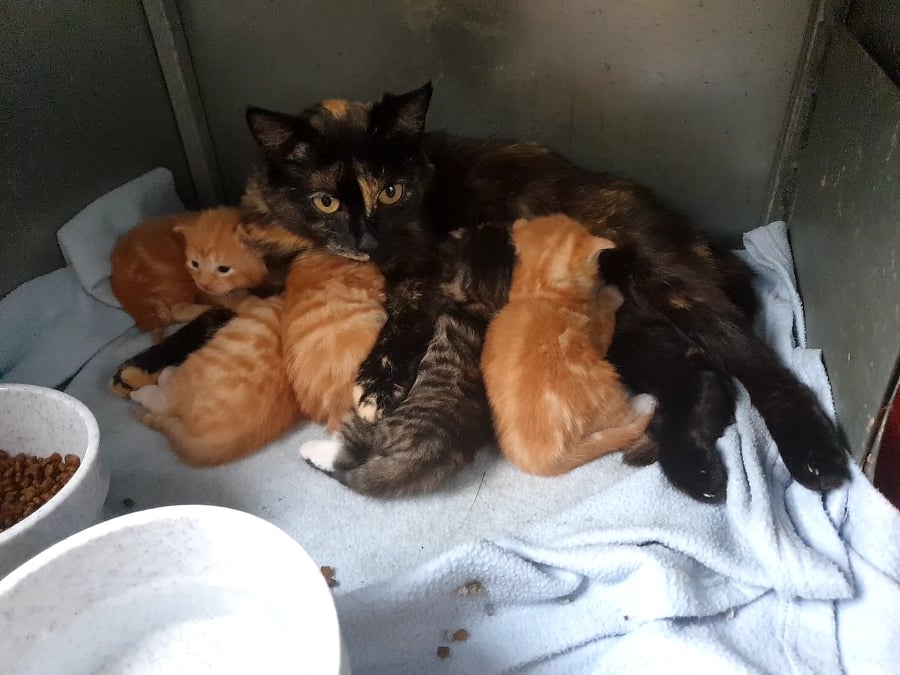 Cat families are coming from all over Donegal

If you can offer a home to any of AIN’s gorgeous felines, profiles of all the cats and kittens looking for homes can be found on the charity’s Facebook page.

AIN does not have a rehoming centre and their handful of fosterers care for the rescued cats and dogs in their own homes, all the foster homes now being full to bursting point.

However, the volunteers are still responding to emergency cases but are asking the public to help where possible.

Small orphaned kittens have to be bottle-fed special kitten milk formula every 2-4 hours around the clock until they are weaned, which means the unpaid volunteers have to get up every few hours throughout the night.

Adult cats need to be neutered before they are rehomed, all the cats and kittens need worming, micro-chipping and vaccinations and some also require veterinary treatment, which all adds up to a huge bill.

With so many mouths to feed, the charity has launched an appeal for donations to help towards the mounting costs of caring for so many animals. Details on how to donate can be found on their Facebook page.

With lockdown restrictions ending, as expected, the number of dogs ending up in the Letterkenny Pound is rising.

Three dogs were rescued from the Pound on Monday last, as AIN continues to take out all the dogs that have completed their five mandatory days in there without being claimed.

One lucky rescued dog was rehomed locally to a lovely family during the week and another dog will shortly be going to his new home with a lady who has been on the waiting list for a dog for a while.

AIN has a long waiting list of people wishing to adopt small dogs. However, most of the dogs rescued are fairly large, the majority being collies.

AIN mostly rescue cats and dogs, but from time to time, other animals need help too.

Lenny and George are two young pet rats (pictured below) who were found cruelly dumped in a plastic box at the side of the road a few weeks ago. 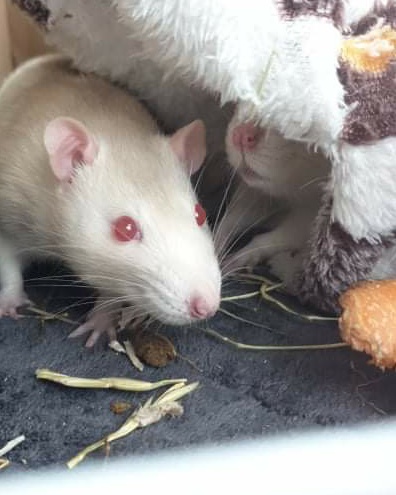 They are both friendly boys who love to be petted, are highly intelligent and low maintenance, and the good news is that they have now found a fantastic forever home.

Finally, AIN is looking for volunteers to help in their Donegal Town charity shop. Please contact the charity for further information.