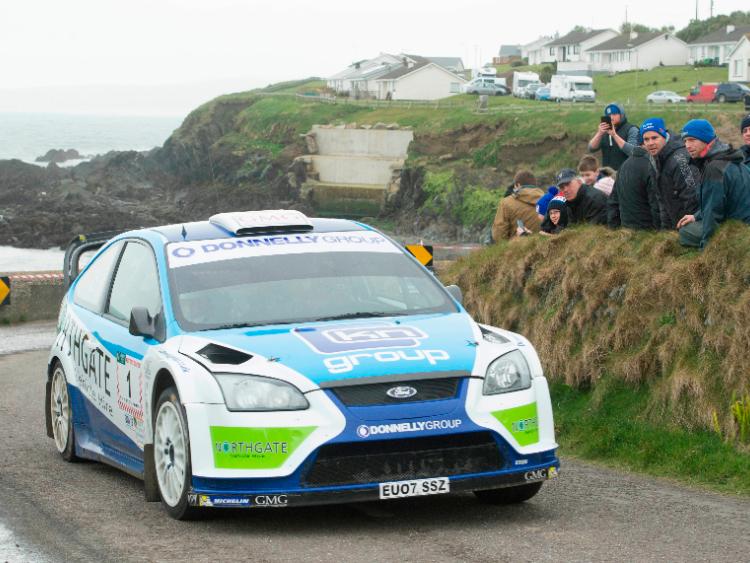 Donagh Kelly - back in front with three stages to go

Donagh Kelly has regained the lead in the Donegal International Rally.
The Frosses man now holds a lead of 4.7 second lead over defending champion, Manus Kelly, having been seven seconds quicker than the 2016 winner over the Glen stage.
As the crews head back for the final service before a repeat of this afternoon's three stages, tyre choice is something they will be giving a lot of thought to, as the rain showers are throwing up a new challenge at the most crucial time of the event.
Gary Jennings is coming under increasing pressure to stay in third - Alaistair Fisher is just half a second behind now on fourth.
Last year, Manus Kelly took the win by less than a second to win his first Doengal International title.
Given the closeness of the leading pair today, another dramatic end to the only three day international in the country is on the cards.