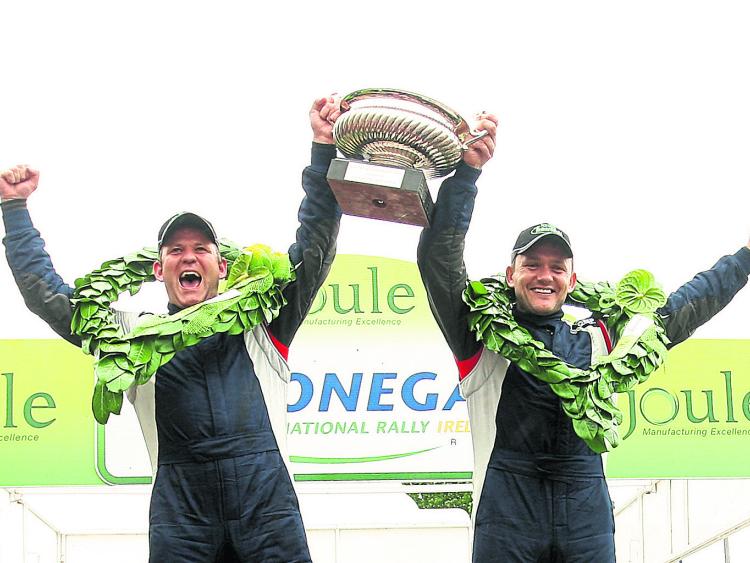 Manus Kelly has gone back in front in the Donegal International Rally after a superb run over Fanad Head in stage 18.
The Glenswilly man in his Impreza took a massive 16 seconds out of Donagh Kelly in his Focus to fashion a 12 second gap with just two stages to go.
Garry Jennings still holds on to third place.
In the national championship, Damian Gallagher has consolidated his position at the top of the leader board and has a 47 second advantage over Declan Gallagher.
The penultimate stage will see the crews negotiate the bends and straights of Atlantic Drive.