Electric cars grind to a halt in Donegal but who should be leading the charge? 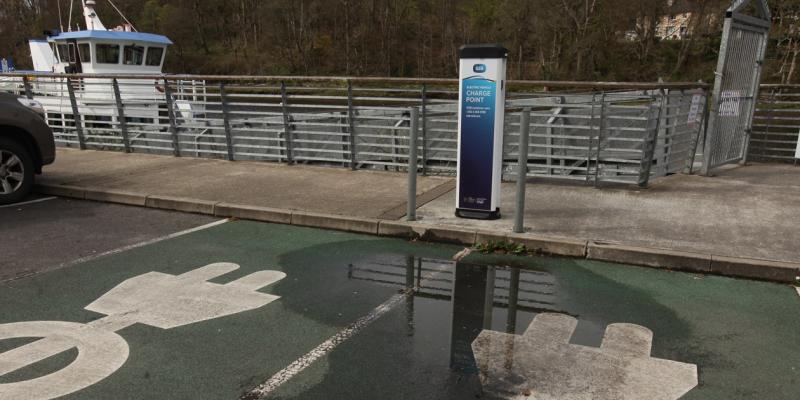 Electric vehicles (EVs) are being abandoned on the side of Donegal’s roads due to a serious lack of charging points.

Furthermore, charging points listed on apps or information brochures are nowhere to be found when motorists arrive to charge their vehicles.

The motion was seconded by his party colleague Cllr Noel Jordan who previously raised the same issue at the Roads Strategic Policy Committee (SPC). It was also supported by Cllr Niamh Kennedy (Ind) who had voiced her concerns on the matter at the Environment SPC.

Cllr McMahon told councillors and staff at Tuesday’s meeting: “Charging points for electric cars seem to be very limited now in Donegal and indeed in the country in general.

“We don’t have one in Bundoran. According to the map there is supposed to be one in Belleek but it is not there.

“I don’t think the one in Ballyshannon is working.”

Cathaoirleach of Donegal MD, Cllr Barry Sweeny said the charger in Ballyshannon was working but it was very slow.

Cllr McMahon said it was particularly concerning that charging points were being shown on maps in tourist brochures. But motorists were reporting that there were no charging stations at some of the listed locations.

“We are getting a lot of enquiries at Bundoran Tourist Office about it,” he said.

“If they are on the tourist map and they are not there, it is not good.”

The councillor asked if Donegal County Council had a role in providing charging points.

“We are told we need to be cutting down on all these gases and fumes. If we are moving to electric cars, then we need to be able to give them a jag of electricity.”

In seconding the motion, Cllr Noel Jordan said: “The frightening thing about this is that for the last couple of years, people were being encouraged to buy EVs but there was never a written policy on how to support them.

“It costs €130,000 for a fast charging point. The ones in place at present cost about one-third of that.

“What department is going to provide the funding for €130,000 a bang for a charge point?

Cllr Jordan said it was very frustrating for people to have to take on the huge cost and upheaval of having charge points installed at home.

He added: “My biggest concern is that there are not enough charging points.

“We had an incident where a car had to be lifted onto a transporter after it had to be abandoned half way between Killybegs and Sliabh Liag.”

Cllr Niamh Kennedy said tourists were hiring EVs and coming to Donegal, only to find there were not enough charging points.

“People are getting hire cars and charging them in Killybegs,” she said. “They are going then to Glencolmcille and Sliabh Liag and running out of electricity.”

Roads Officer Mark Sweeney said he had been asked some time ago to suggest locations for three new charging stations in the MD. He had proposed Bundoran, Killybegs and Sliabh Liag.

“I heard nothing back since,” he said.

Mr Sweeney compared the rollout of charging stations to years ago when Telecom Eireann put phone boxes all over the country. He said that since the electricity companies would benefit from the revenue, they should bear the installation costs.

“I can’t provide that out of the roads budget.”

He added: “If everybody had an electric car tomorrow morning the network couldn’t cope with them. And we would need thousands of chargers.”

Cllr Barry Sweeny (FG) said that in ten years time, the conversation might well be about hydrogen cars rather than EVs.

Cllr Tom Conaghan (Ind) suggested that hybrid cars were be a better alternative.

And Cllr Micheál Naughton (FF) said: “The way [Minister for the Environment] Eamon Ryan is going, we will back to the horse and cart.”