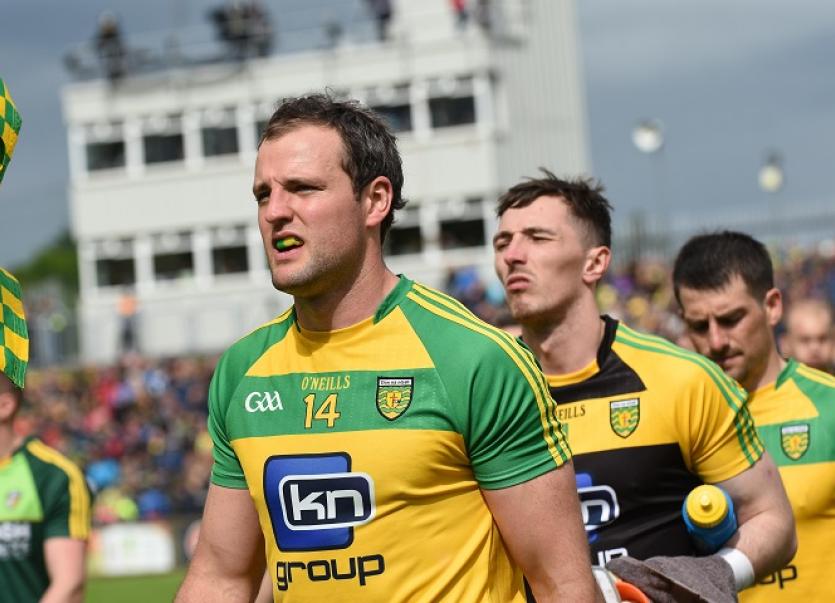 Not since the quarter-final loss to Mayo in Croke Park in 2013 has Donegal suffered such a hammering.
They were just no match for a very smart Tyrone side, who could be a real factor in this year's championship on this form.
Donegal, after a reasonable opening quarter, just fell apart with hardly any player able to raise a gallop. Yes, they were fielding a lot of young players, but there will be a lot of soul seraching after this performance.
They hardly gave their supporters among the 22,609 attendance any reason for cheer.
Donegal competed well for 23 minutes of the first half but were completely overrun in the final 15 minutes.
The sides were level at 0-5 each before Tyrone blitzed Donegal with seven unanswered points to take a 0-12 to 0-5 lead to the dressing room.
The Red Hands men were just superb with nine different scorers in the opening half. Donegal had Mark Anthony McGinley to thank that Sean Cavanagh did not add a goal to the Tyrone tally on 12 minutes, while the big full-forward was again almost in near the end of the half as a combination of Eamonn Doherty and Mark Anthony denied him another goal chance.
There were signs during the opening quarter that Tyrone were getting through the Donegal defence easier than Donegal at the other end.
Patrick McBrearty and Michael Murphy ('45') gave Donegal the perfect start, but David Mulgrew and Mattie Donnelly (from the sideline) had Tyrone level on nine minutes.
McBrearty and a massive effort from Murphy from 60m pushed Donegal two clear again, but Mark Bradley and Peter Harte again responded.
One of the big turning points of the game came on 16 minutes when Michael Murphy won a kick-out and sent Eoin McHugh clear on a run for goal. It opened up for the Kilcar man but from 13m he pulled his shot well wide with only the 'keeper to beat.
Tiarnan McCann edged Tyrone in front for the first time on 22 minutes but Martin O'Reilly levelled a minute later.
But then the floodgates oppened as Tyrone hit seven points from Niall Sludden (2), Padraig Hampsey (2), Peter Harte, Kieran McGeary and a Sean Cavanagh free.
The second half didn't get any better as Tiarnan McCann had the freedom of the centre of the Donegal defence as he waltzed through for the Tyrone goal on 38 minutes. He even mishit his shot and it still crept in.
Patrick McBrearty replied but Mark Bradley pointed and then got a black card (he had pulled Paddy McGrath back to make the space but only the umpires saw it!) Mattie Donnelly added another and Kieran McGeary had two inside a minute (and was then pulled ashore!).
It became all so easy for Tyrone as they took Sean Cavanagh and Peter Harte off in the final minutes. Donegal did get a goal when Michael Langan's effort was saved but Michael Carroll followed up to fire home.
Patrick McBrearty had a couple of more points but by that stage the neutrals in the crowd (and some Donegal supporters) were on their way to their cars.
Indeed, Tyrone were almost in for another goal as Darren McCurry was denied by a last gasp block from Ryan McHugh and Mark Anthony McGinley.
What looked like a promising summer could become very difficult indeed. They will have a date now in the Qualifiers in a couple of weeks' time.