Call for a public inquiry into matter 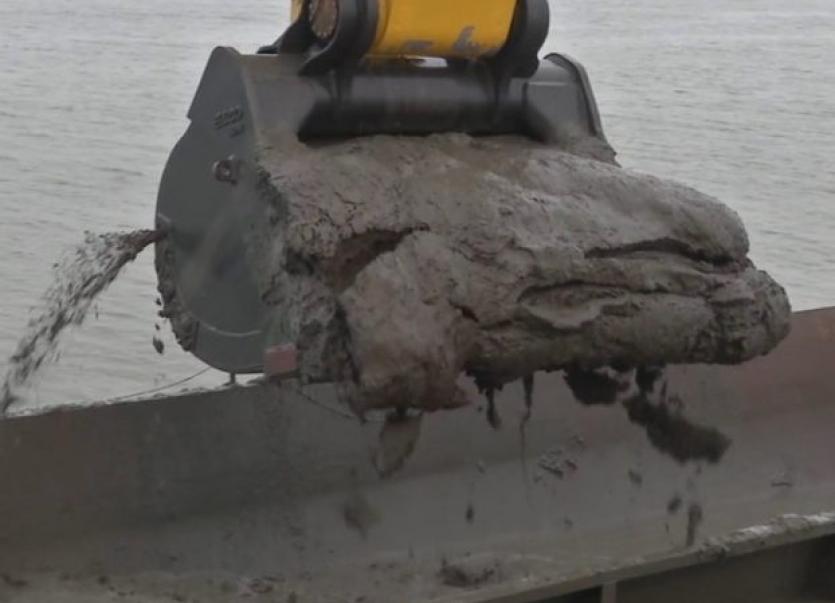 Controversial councillor, Frank McBrearty, has called for a public inquiry into the handling of the procedures and delays surrounding Donegal County Council's efforts to stop an illegal quarrying operation on its doorstep.

He raised the matter in his role as chairman of the Lifford-Stranorlar Municipal District at its meeting in Stranorlar on Tuesday claiming issues raised in last week's RTÉ Investigates programme, 'Quarries, Between A Rock And A Hard Place' made the local councillors look like they did not do anything about it.

He criticised the council and its legal team for allowing the situation at Islandmore run on for almost seven years adding he wanted a full explanation for this and suggested that maybe the matter should be fully dealt with through the holding of a public inquiry. 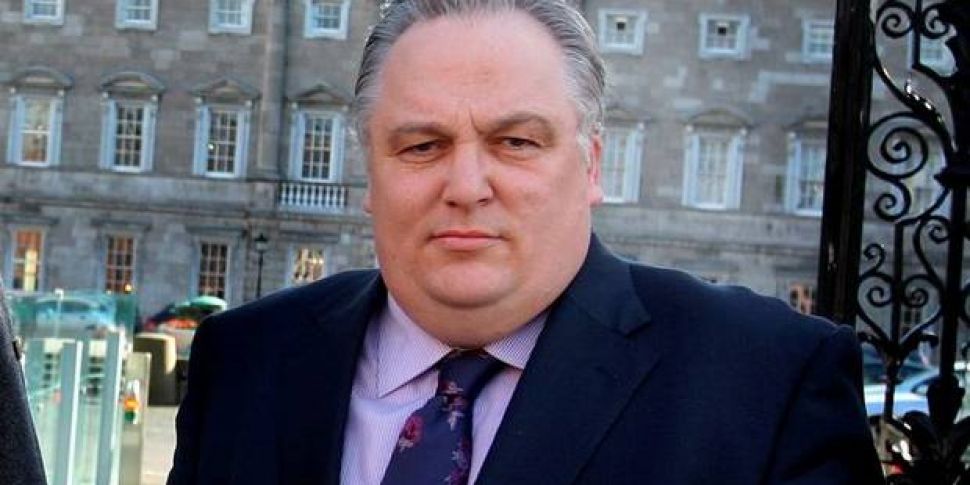 He claimed a second operator was now using the quarry too.

Last week's television special highlighted the fact that new laws came into force in 2012, directing every quarry to register and comply with national regulations. These laws were designed to protect scenic and environmentally sensitive locations. But in one example outside Lifford, it has not worked out that way.

It outlined an operation which is taking place at the Foyle estuary, straddling the Donegal-Derry border, where the riverbed is being dredged for sand and gravel in spite of the river being designated a special area of conservation.

The work is taking place on the shoreline of an island called Islandmore, located just outside the town.

The owner of Islandmore, Ernie Lusby, was refused planning permission for this activity 19 years ago. In 2013, he was served with an injunction, restraining him from dredging the river.

Mr Lusby is appealing the injunction and a refusal of permission by An Bord Pleanála.
These appeals do not alter the fact that the dredging of this river is an unauthorised development, which does not have planning permission.

Mr Lusby is still continuing to operate here, in spite of opposition from the council, the planning appeals board and the serving of an injunction. He told the programme he was doing nothing wrong and that he was just protecting the island against floods.

"Not to do this would cause more environmental damage to an area of scientific conservation. Conservation is the work we are doing here," he said.

"If we don't take the material that's washed down out, it builds up and changes the direction of the river."

Mr Lusby also believes the dredging of the river bed is helping the fish.

"So what we are actually doing is we are enhancing the river," he said.

Prof Paul Johnston, a hydrologist, told the same programme he was not convinced.

"It's obviously changing the whole regime of the river; you are not only deepening the river, which is going to change the whole velocity regime of the river, you are also moving the substrate - the sand and gravel, which would have formed beds for aquatic life. There are multi various impacts from an operation like this."

The case is described as the most challenging one facing planners on Donegal County Council, who are dealing with a legacy of 30 unauthorised quarries.

The programme pointed out that the county has a particularly high number of cases because of a local history of quarrying, the geographical spread and limited resources available to the council.

Cllr McBrearty told Tuesday's meeting that the programme gave the impression the councillors in Donegal and in particular in their area had done nothing.

“I can tell the public through this chair that myself and Cllr Gerry Crawford have made numerous representations to highlight the problem at Islandmore and from the pressure we put on we eventually got the council to take injunction proceedings in 2013. 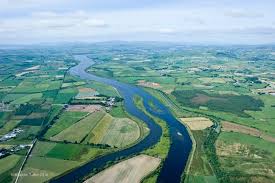 “In my opinion this took too long. I let it be known at the time that going to the district court to get an injunction wasn't the appropriate way forward, it should have been in the High Court.

“Six and a half years later we've asked several questions at different meetings over the last number of years but there's no update whatsoever concerning this issue,” he said.

Cllr McBrearty said he wanted a full explanation either at a workshop if there were any legal issues or at the next full municipal district meeting in January from the council's solicitor had not forced the closure of what was happening at Islandmore.

“I'm very disappointed we're now sitting waiting for almost seven years on an injunction that is on appeal and that's not good enough.”

Cllr McBrearty claimed there was now another new worrying development in this story.
“There is another individual quarrying at that same spot and the companies that are actually drawing form it are well known. This now warrants a public inquiry into the whole thing, that's my opinion.”

He added he was disappointed that the RTÉ Investigates programme did not contact one member of their municipal district for any comment about what was going on and that it gave the impression that Northern Ireland politicians were the only ones raising any questions about this.

“I'm looking for a clear response for the next MD meeting, a full update on where we're at about what's going on at Islandmore. If there's any legal issues we'll go into camera. I've received phone calls asking why we haven't done anything about it.” 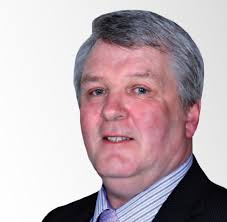 When asked if he wanted to say anything Cllr Crawford said he saw the programme but on consideration he was going to respect the sub-judice advice. 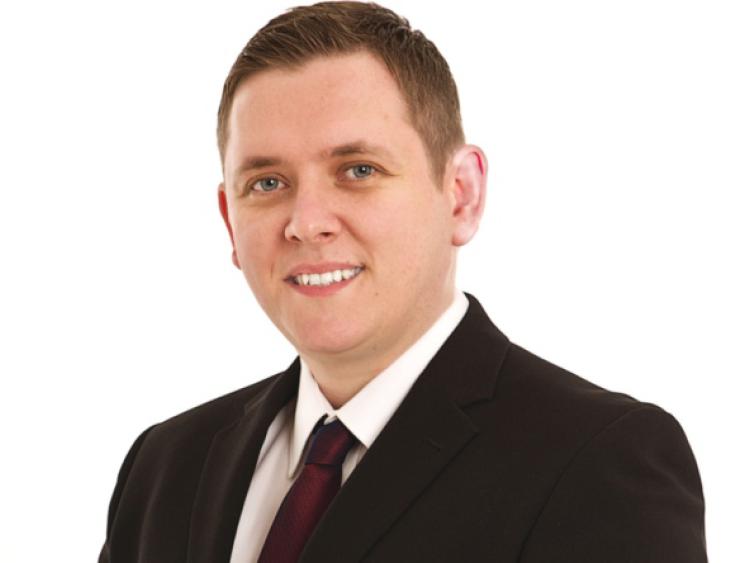 Cllr Gary Doherty said agreed with Cllr McBrearty that members had certainly been raising the issue at Islandmore publicly and privately at municipal district meetings and with staff members in as much as they could given the advice they had been given by the council that it was probably best not to comment publicly.

“But given what transpired last week in what I think it's fair to say the shocking programme on RTÉ, it painted a very bad picture of us in Donegal and us in this municipal district that such actions were being allowed to continue.”

He seconded Cllr McBrearty call for what he described as "a full and frank breakdown of where this case is at" and the timescales expected for action being taken against the individuals concerned.

Cllr Doherty said when they met the Loughs Agency about this matter in January they were informed that they, [Loughs Agency], had no jurisdiction to take legal action in this matter here.

“This has been raised by the elected members whenever we could and rightly or wrongly we are taking the legal advice given by the council's legal experts as to what we can and can't say publicly about it. Given the incident last week and the fact we are making national news, it's only right we comment on it today.”

He added it was fair to say all the elected representatives in Donegal wanted to see this issue resolved as soon as possible.

Cllr Martin Harley said he wanted to know if RTÉ had contacted any of the council executive about the matter and who actually owned Islandmore. 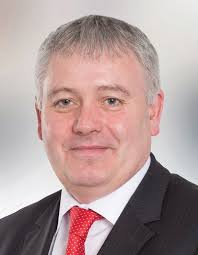 "The man in question said it belonged to Londonderry in the programme, those were his own words and said we had no jurisdiction over it, it was part of Londonderry so who does own it?"

Cllr Patrick McGowan said they had encountered people from Fintown right down who wanted to carry out dredging, safety works, flooding works and all sorts of things over the years and even though this was raised by members here they were told time after time that procedure had to be followed. 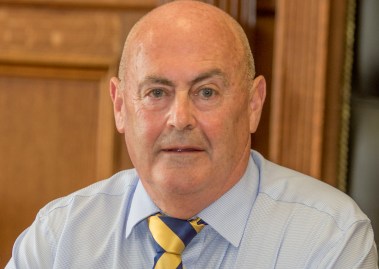 Cllr McBrearty said he felt Cllr Halrey had made a very important point regarding location.
“There's only one access into the island and it is through southern Ireland, it's not through Derry or Londonderry. From a river point of view it covers both jurisdictions but form a land point of view it belongs to the State.”

“The question I would ask is why is the county solicitor not acting and had the appropriate closing of that facility and why are the outside contractors that are driving in and out of there on a daily basis not being prosecuted?

“The gardaí are quick to hold checkpoints in other places, why are they not holding checkpoints down there to stop people who are illegally transporting what the EPA has described as a violation of the SAC [Special Area of Conservation] which was described in the programme.

“Why is this injunction just being completely ignored? That's what we need to know either in workshop or at the MD meeting What action has the county solicitor taken to deal with the issues that are ongoing on a daily basis because the programme alleges that up to ten lorries a day are driving in and out of it taking stuff out of it,” he claimed.