Number of new initiatives on the way

The document, just published today, (Monday), shows a net increase in job creation, new initiatives which have a projected total investment of €8.47 million when these are underway,

It states that 2019 saw the creation of 191 new jobs in the Donegal gaeltacht.

"When the number of job losses is taken into consideration, there was a net increase of 48 jobs. This means that there were 2,326 jobs in Údarás na Gaeltachta’s client companies by year end, the biggest increase in jobs since 2008.

"Companies where jobs were created in 2019 in the Donegal gaeltacht include Arán Ard Teo., Kombucha Éireannach Teo., Fáisc Miotail Teo., R.A. Pacáistí Teo. As may be evident, job increases were secured across a wide range of sectors and company sizes.

New Initiatives
"The statement also points out that Údarás na Gaeltachta’s board approved a number of new initiatives for the Donegal gaeltacht during 2019 which will see the creation of 171 new jobs and a projected total investment of €8.47 million when these initiatives are underway.

Cooperative and Community-Based Organisations
"Funding totalling €685,000 was provided to ten organisations under the Community Development Programme in 2019 and these in turn implemented an agreed community development work programme. A new cooperative called Comhar Fhánada agus Gleann Bhairr CTR was established in Fánaid in conjunction with the area’s development committees at the end of 2019. The new cooperative will start work in 2020 with Údarás na Gaeltachta’s support.

Employment Schemes
"A total of 305 people were employed on social employment schemes in the Donegal gaeltacht at the end of the year, including 134 on the Rural Social Scheme, 11 on the Tús Nua Scheme, 117 on the Community Employment Scheme and 43 on the Tús Scheme. The schemes are administered by Údarás na Gaeltachta and funded by the Department of Employment Affairs and Social Protection. 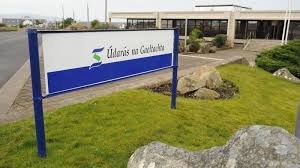 gteic – Gaeltacht Digital Network
The end of year statement points to their progressin the digital field too.
"The development programme of the Digital Hub Network continued during 2019. The digital hubs will provide a vibrant network of high-speed broadband facilities in rural gaeltacht areas to create employment, assist remote working, encourage and facilitate the return of the gaeltacht diaspora as well as develop new concepts and encourage new business. In 2019 gteic@GaothDobhair grew and developed as a result of the €1.5m in funding approved to the Údarás under the Rural Regeneration and Development Fund in 2018. As part of the development, a new office space/offices and associated facilities will be fitted in a 1,725 square metre space on the building’s second floor. Discussions are ongoing with local community development organisations/committees and steps are being taken to develop digital hubs under the gteic network in An Tearmann, Ros Goill, Cill Charthaigh, Árainn Mhór, Baile na Finne, An Clochán Liath and in Toraigh. It is hoped these digital hubs will be operational by the end of 2020.

Other highlights in Donegal include:

Community Facilitation Process
During the year, a community facilitation process was established in the Gaoth Dobhair parish in conjunction with the area’s community development organisations. It is hoped a development plan for the area will be prepared in 2020 as a result of this process.

Research – Youth and Education Centre
A consultation process was initiated to research the demand, need and feasibility of building/developing a youth/education/ sports and culture centre on Gaoth Dobhair Business Park and a business plan will be prepared (if applicable) during the year. 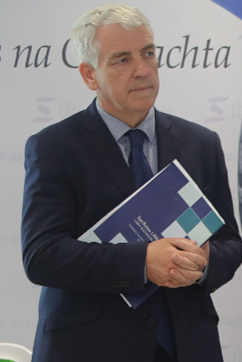 Údarás na Gaeltachta Chief Executive, Micheál Ó hÉanaigh (above) who was a former director of service, Community, Culture and Planning Development with Donegal County Council, said they were delighted with the progress made in regard to the implementation of the Údarás na Gaeltachta Strategy during 2019.

"We especially welcome the significant increase in employment levels in gaeltacht companies and the progress being made in the Language Planning Process throughout the gaeltacht.

"We appreciate greatly the companies located in the gaeltacht, along with the communities in the various gaeltacht regions and the State agencies whom we work in partnership with. Personally, as chief executive officer, I am extremely grateful to the staff and board of Údarás na Gaeltachta for their continued diligence and support in attaining the organisation’s objectives,” he said. 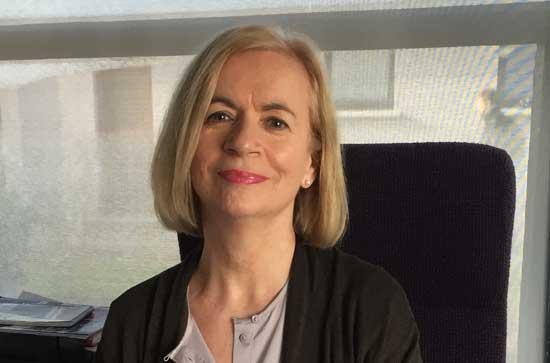 Chairperson of Údarás na Gaeltachta, Arranmore native, Anna Ní Ghallachair, (above),who is also head of the School of Celtic Studies and director of the Centre for Irish Language Research, Teaching and Testing at Maynooth University, said they now had the largest number of employees in Údarás na Gaeltacht client companies in 11 years, and had laid the foundation to build on that with the gteic digital hub network, providing the next generation with the infrastructure required to develop their own ideas as businesses.

“Significant developments have been made in the past year regarding language planning and the positive impact of these efforts can now be seen throughout the gaeltacht.

"The gaeltacht communities have put a significant amount of work into preparing plans for their respective regions and the results of that work can now be seen with the employment of dedicated, energetic Language Planning Officers to carry out these plans,” she said.

- 593 new jobs created in 2018
- Highest level of employment in client companies in 11 years
- A net increase of 219 full-time jobs in 2019 – almost double last year’s figure
- 7,844 full-time jobs in client companies at the end of the year
- Highest level of employment in the Galway and Waterford gaeltacht since the establishment of Údarás na Gaeltachta
- New projects approved to create an additional 480 jobs with investment of €33m
- Údarás ahead of target to approve 1,500 new jobs between 2018-2020
16 Language Plans approved with a budget of €2.2m
- Number of gteic digital hubs doubled

Údarás na Gaeltachta client companies have a significant impact on both the gaeltacht and national economies. According to ABSEI research conducted in 2019, Údarás client companies:

The figures reflect the value that the State is getting for its investment in employment creation in the gaeltacht."

In its outlook for the year ahead it states that with Údarás na Gaeltachta celebrating its 40-year anniversary in 2020, the organisation was mindful of the significant economic and societal changes at both gaeltacht and international level in recent years, as it looks strategically towards the future.

"Looking towards the next 40 years, Údarás na Gaeltachta is clear that innovation and sustainability are, and will continue to be, interwoven through all that we do. This is already evident in the foundations we are putting in place in relation to language planning, entrepreneurship, tourism, the marine sector, renewable energy and community development.It will be even more evident in 2020 as we build on achievements in areas such as the marine innovation park, Páirc na Mara, the social economy, the creative industry, the gteic network and the Irish language."