The woman was dragged into the river by her dog 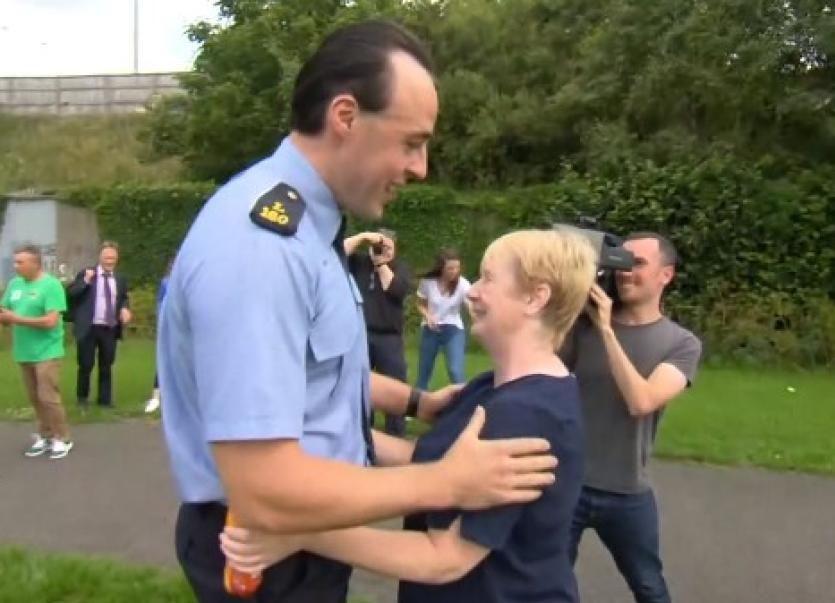 A garda whose father is from Donegal has been honoured for his part in rescuing a woman from a flooded river.

Garda Ciaran Murray is the son of former Donegal footballer and All Ireland winner Brian Murray who is also a garda in Dublin. He and two colleagues had to act quickly when the woman found herself unable to get herself out of the flooded river.

Ann Lam was walking her dog Millie in a park in Clondalkin last week when the incident occurred. It seems that the dog lost her balance and fell into the water, pulling Ms Lam with her into the flooded River Camac. No matter how hard she tried to pull herself up, Ms Lam kept falling back under the water.

Local man Alan Fleming saw the woman in difficulty and alerted the emergency services. His four-year-old grandson Evan ran to the park gate to direct gardaí to the scene.

Garda Murray who is 6’8” was one of three gardaí to attend. He went into the river and carried Ms Lam out from the culvert where she was trapped.

Thankfully Ms Lam was safe and well after the incident. The mother-of-six was today (Friday) reunited with the three gardaí and two passersby who all helped to save her life.

The gardaí, Mr Fleming and his grandson received commendations for their bravery.

Chief Superintendent Finbar Murphy said the bravery of the officers showed the calibre of garda members.

He added: “It’s a tribute to Colm Horkan that we are out there doing this type of work.”