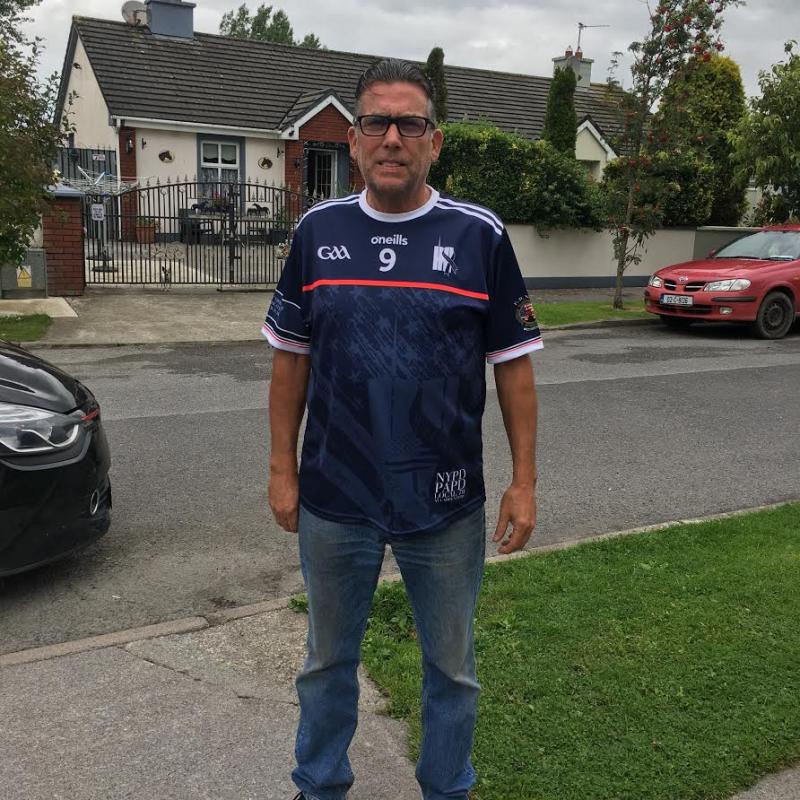 An Irish-American who was at Ground Zero in the aftermath of the 9/11 World Trade Center atrocity has teamed up with Strabane-based O’Neills Sportswear to help keep the memory of those who died that day alive as well as raising money for local charities.

Bronx-born Michael Burke was a volunteer rescue worker at the scene of the carnage caused by the Twin Tower terror attacks in New York in 2001.

He attended the stricken site the following day together with countless others to help find survivors and eventually clear the wreckage which took many months to complete.

As a past president and player of Sligo Gaelic Football Club (GFC) in New York – his father’s home county where he spent some of his youth – Michael has teamed up with O’Neills Irish International Sports Company Limited to produce commemorative 9/11 GAA jerseys which will be auctioned for charity.

Michael, who settled in County Kerry in 2005, has never forgotten what he witnessed at Ground Zero almost 19 years ago.

In the run-up to the anniversary next week, he will travel around Ireland delivering the special jerseys to county teams who can then sign and raffle them in support of a local charity of their choice. O’Neills has produced a jersey for each of the 32 counties.

The jerseys are the brainchild of O’Neills Managing Director, Kieran Kennedy. They feature a silhouette of the World Trade Center and the US Stars and Stripes flag, as well as logos in tribute to the New York and Port Authority Police Departments.

Kieran said: “None of us can ever forget the scenes of devastation in New York and Washington DC on September 11, 2001.

"The attacks had a profound and far-reaching impact on all of us, but none more so than those brave rescue teams and volunteers including Michael Burke.

"The bond between the Irish and New York is deep, particularly through the GAA which Michael was so involved in there, so we thought it was fitting that an O’Neills jersey should commemorate the 19th anniversary this year.

“We wish Michael well as he embarks on his journey helping to raise funds for charity with our commemorative jerseys and we look forward to welcoming him to Strabane on his travels.”

Michael Burke will attend a 9/11 flag raising memorial at O’Neills Sportswear headquarters in the county Tyrone town next Friday, September 11, coinciding with the anniversary to remember the almost 3,000 lives lost that day as well as all those who were injured and the rescue teams.

He will finish his journey at Charlestown Sarsfield GAA Club in County Mayo where they are fundraising for a new pitch and walkway in memory of former member, Detective Garda Colm Horkan, who was tragically killed in June this year. Michael, whose mother was born in Charlestown, knew the late garda personally.

Michael’s own jersey, which he will get signed by county players everywhere he goes, will be donated to the Laura Lynn Children’s Hospice in Dublin.