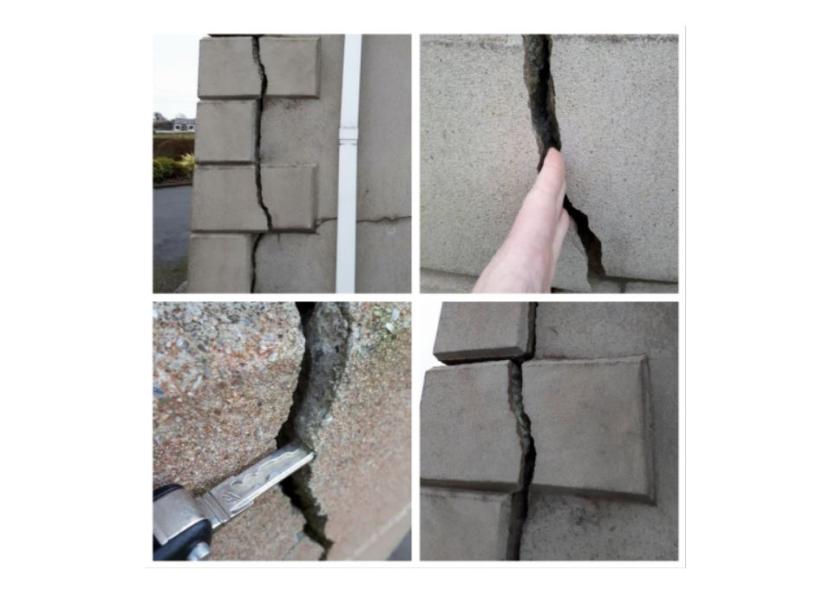 Just some of the damage done by Mica

The torture and stress suffered due to problems caused by defective mica blocks in an elderly woman's house contributed to her death, it was claimed this week.

The shocking claim was made by independent Ramelton-based councilor, Ian McGarvey at the recent meeting of the Letterkenny-Milford Municipal District Council.

It proved to be just one in a series of damning incidents that councillors recalled outlining the difficult conditions people faced living in houses that were built using defective mica concrete blocks. 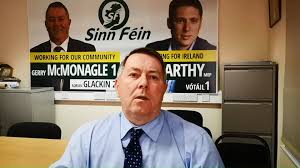 The issue came to light when Cllr Gerry McMonagle, (above), tabled an emergency motion at the meeting in order to raise concerns of council tenants in relation to significant number of houses displaying signs of mica and to call upon Donegal County Council to put a process in place to identify the number of houses affected; test and assess each house and put in place a time frame process for repairs.

Tenants’ patience had run out as the issue had been running over six years and despite multiple representations nothing had been done, he said.

"It affects a significant number of houses in Letterkenny and has led to tenants becoming totally exasperated, particularly during lockdown, they've had enough," he declared.

He added he knew photos had been sent to the council to highlight the issues and councillors had raised the matter but were told they had to wait due to mica regulations.

"I have been in some of these houses and I've been totally shocked by their condition, the dampness, the paint peeling off the walls, the cracks on the inside of the houses, seeing kitchen units that are not able to stay on the walls. Lockdown has really brought all this home because of the confinement,” he said.

Cllr McMonagle said it was not good enough for them to kick the can down the road and he was sure the council could have engaged in some temporary repairs that would carry them through until money was made available to do full repairs.

"The council is aware of this because it has moved people out of some of the really bad houses and they've left houses empty, some are boarded up, and some have repairs attempted with scaffolding around them. It's just bringing down the tone in the estates and the mental health of the people who live in them.

"We need to move very quickly on this. This is one instance where if we need to borrow money to put in the necessary repairs to ensure people have proper housing then we should do it. We shouldn't be waiting for handouts from the Government," he said.

He added the process of  waiting for help is too long and could take years before any work might be done.

"We are taking full rent off these people every week, we need to offer them some hope. These are council assets but we are allowing them to deteriorate to such a state that it will cost us more to address it in the long run.

"We should borrow money now in lieu of grants coming forward and begin the process soon to take away the pressures the people who are living in these houses are under every day," he said.

Seconding the motion, Cllr Ciaran Brogan said he too had experienced the conditions people were living under and called for an action plan going forward. 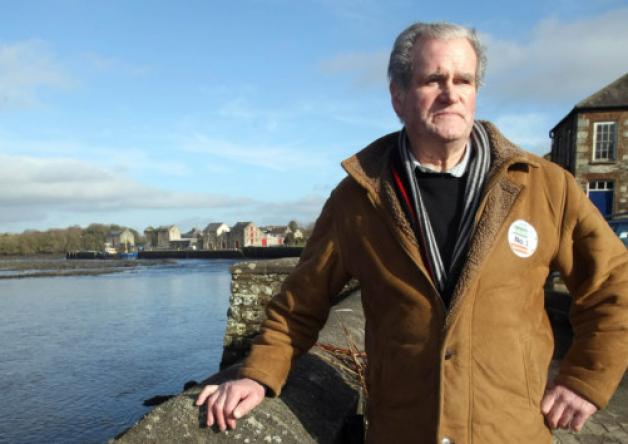 Cllr Ian McGarvey, (above), said this mica situation was the "biggest single scandal" that has ever happened in this county.
"I had actually asked an architect to draw up a full report on a house where I would contend it took the woman's life,” he stated.

She had just buried her husband two years before that. He had been in a wheelchair. They were mad and tortured about the whole thing but could do nothing about it," he claimed.

He asked for the council to draw up a full report on their own housing to put the challenge in perspective.

Cllr Liam Blaney claimed some were giving the simplistic impression that this problem could be dealt with right away but that was not the case.

"But what we all agree is something desperately needs to be done. I received an email from someone who said they sent evidence to the council about their Mica problems back in 2016 and they were still waiting for help in 2021 - that's not good enough," he said.

He added the latest figures showed that over 180 applications had been made under the redress scheme in 2020 and approximately 60 since the start of 2021 and he feared the council would not have the staff or lab facilities to prevent any further delays in the process. He suggested maybe a meeting with the department and minister might be in order.

Cllr Kevin Bradley said he did not know how people were still living in some of the affected houses. He said the residents would need to be spoken to over the coming days.

Cllr Michael McBride said the high levels of Mica in letterkenny were brought home to him during canvassing in the election two years ago. He felt the floodgates were only opening. Some tried to paint over the cracks with repairs, others didn't come forward for fear of insurance issues.

"My fear is this will turn into a problem like the unfinished housing estates. It is going for about 15 years and we're still holding workshops trying to sort the problem.

"Unfinished houses were bad but with Mica you are now seeing chunks of plaster falling off them posing serious health and safety issues for people living in those estates," he said.

"I've seen cracks in walls you could put your fist through. Do we have to wait until something serious happens? It's a disgrace," he added. 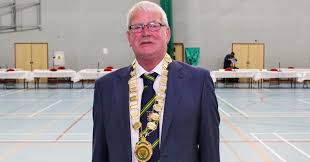 The cathaoirleach, Cllr Donal Coyle, (above), agreed with all comments and suggested a workshop be held as soon as possible on the matter.

The meeting heard from the municipal district's area manager for housing and corporate services, Patricia McIntyre.

She confirmed a number of complaints had been received over recent days. She said she would arrange for members of the council's technical team from their housing capital section to attend a workshop to deal with the issue of putting a programme in place.

Ms McIntyre added she was sorry to hear some of their tenants had been affected and took on board all the comments made by the councillors and their concerns.

"We received a number of letters today (Tuesday) and yesterday (Monday) and they are being followed up and will be all investigated," she said.