Revealed - the new Finn Harps shirt for the 2017 season 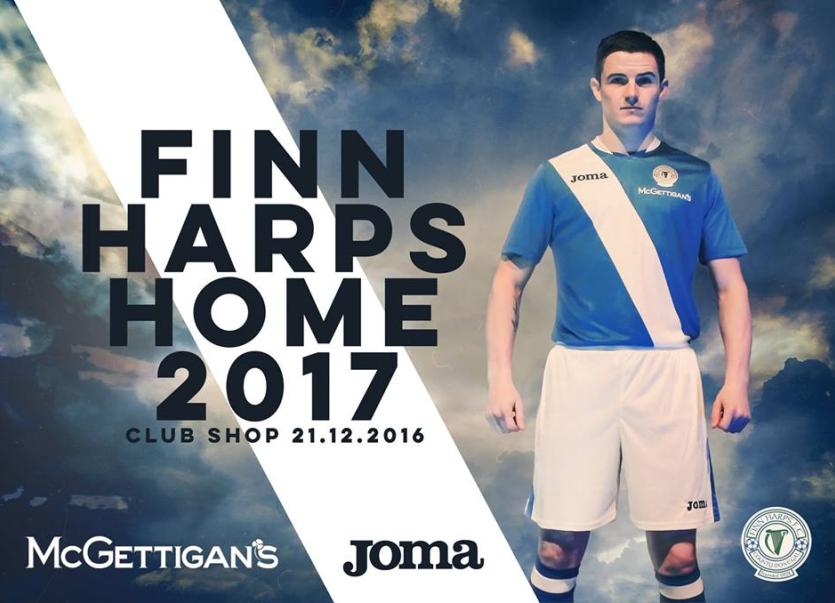 This is the new Finn Harps shirt which will be worn by the Donegal club in the Airtricity Premier Division in 2017.

Harps fans got their first glimpse of the new jersey when details were revealed on the Harps Facebook page on Wednesday evening. The new rig is modeled by Harps defender Ciaran Coll.

It's a brand new design for Harps and it'll be interesting to see what the response will be from the Harps faithful.

The club had already announced that Joma Sport will be the club’s new kit sponsor for the next three years.

The new home shirt will be available in the Finn Harps club shop in limited numbers from Wednesday next, December 21st.

Finn Harps Commercial Officer Aidan Campbell said “We are looking forward to our new partnership with Joma, who have over 50 years’ experience working with teams across Europe and beyond.

"The Joma range has earned a high reputation for its quality and style and Finn Harps will benefit from our association with what has become one of the leading brands in world football."

Gary Bright, Brand Manager for Joma, said: "We are thrilled to add Finn Harps FC to the long and illustrious list of soccer clubs that Joma have supplied both past and present.

"From the very first dealings it was apparent that the people behind Harps have the same work ethic as that of Joma, showing enthusiasm, drive and commitment by passionate people with the sole aim to make their club a success both on and off the field.

"Ireland is a key part of our planned growth and we see Finn Harps as a major factor within this. We hope to have a long and thriving relationship, and may I take this opportunity in wishing the players, management, staff and supporters of this great club a successful 2017 season.

"I am aware the Finn Harps supporters are renowned for their passion and loyalty and would like to welcome them to the Joma family!”