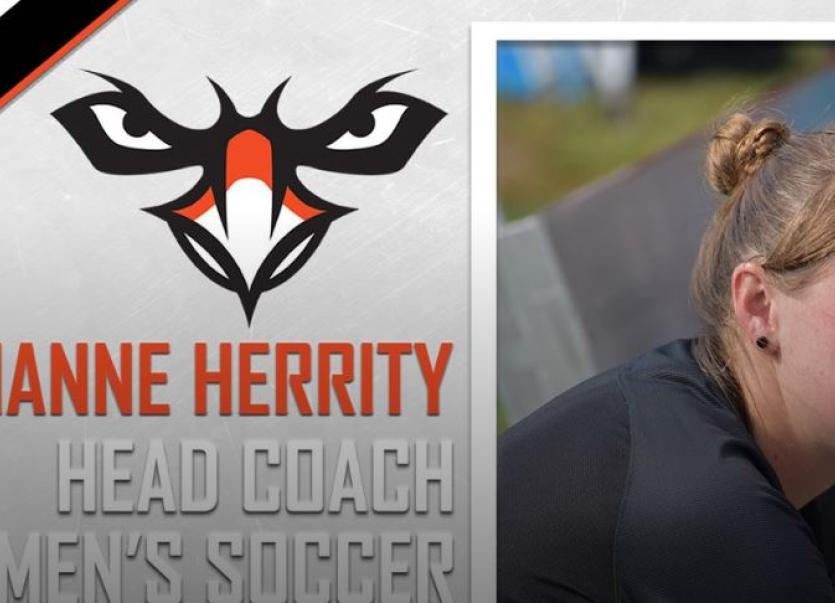 A Donegal woman has been appointed as the new head coach of the women’s soccer programme at a major American university.

Julianne Herrity is taking up the position at Auburn University in Alabama.

She joins the ‘Warhawks’ following a three-year stint as an assistant coach at NCAA Division II powerhouse Carson-Newman University.

"Coach Herrity proved herself throughout the interview process as a rising star in the profession," commented  Auburn University at Montgomery Director of Athletics Jessie Rosa.

Herrity, who hails from Letterkenny, spoke of what she sees as an “amazing opportunity” and added: "I look forward to beginning this new journey, and to both restoring and continuing the success that AUM women's soccer has had in the past."

Herrity - who was capped at underage level for the Republic of Ireland, and who helped Kilmacrennan Celtic to winning the WFAI Intermediate Cup - enjoyed a decorated two-year playing career for the Carson-Newman University team known as the 'Eagles' from 2015-16 prior to becoming an assistant coach.

She scored 18 goals and was also named the Tennessee Sports Writers Association Player of the Week twice during the season.

Herrity has coached within the Tennessee Olympic Development Programme since 2018, where she's helped plan and run training sessions and evaluate female soccer players within the state of Tennessee.

She additionally served as a head coach in the Global Premier Soccer Club from 2011-15, with stints in both Massachusetts and Florida during her time with the GPS.

She earned her undergraduate degree in Sports and Exercise Science from Ulster University in Belfast.