Soccer: Who is the fan this week and what team do they support? 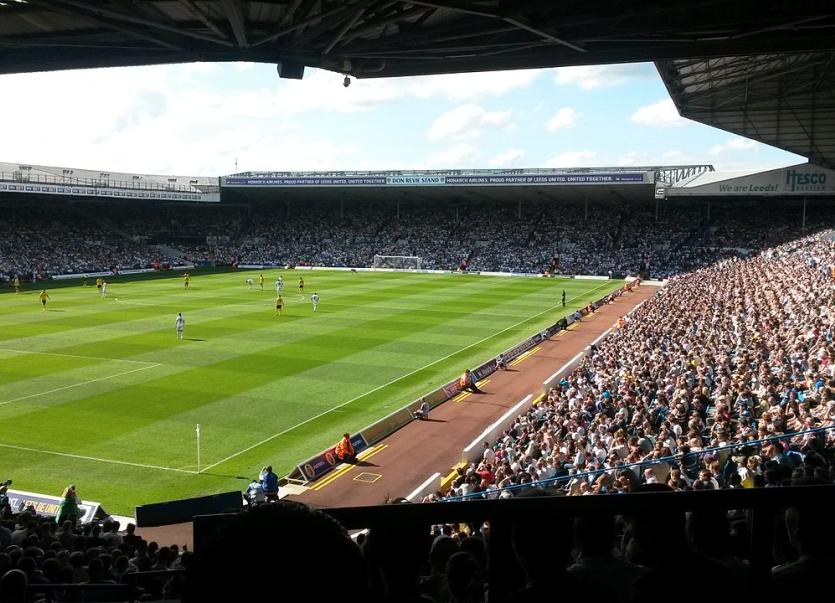 Each week we ask someone why they support a particular cross-channel team, and find out some of the highs and lows that they have endured as a fan. This week it's the turn of Ardara freelance sports journalist Stuart Connolly who has been responding to the questions from Chris Ashmore.

Why do you support Leeds United?
Leeds United to me is a way of life, and it’s so much more than just a football club, it’s a family. From my first game against Coventry to my most recent game versus QPR, I still get that same feeling walking towards the ground, then hearing the roar of the crowd as I ascend the steps to find my seat (not that I use it much). My Dad experienced the world of Leeds United through the Don Revie era and beyond and I’m happy he introduced me to the footballing world. 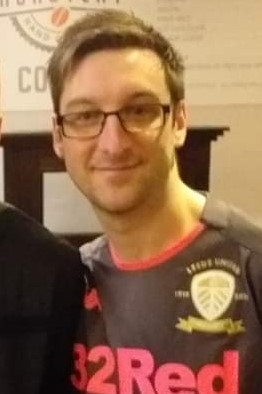 Tell us about some of your childhood memories supporting Leeds United
My childhood memories consist of all of my trips to Elland Road. From seeing the old Mascot, Ellie the Elephant, to all the stadium tours, but one memory in particular stands out.
Walking towards Elland Road with my Dad for a game against Everton in 2001, (an evening kick-off) one week before Christmas. I was beside myself with excitement, hearing the noise of the crowd, I said to my dad, “I love going to Leeds”. However I nearly got lost amongst the crowd after letting go of his hand, giving him quite a scare.

What football gear or memorabilia did you have?
While my brother Greg was lucky enough to own a Tony Yeboah jersey, my first kit was from the 2000-2001 season. It was to be my only kit for a number of years as I took a bigger liking to the training wear that the team was sporting. In terms of memorabilia, I have a ball signed by the team of 2001-2002, including such names as Alan Smith and Olivier Dacourt.

Select three major highlights as fan
There hasn’t been too much to cheer about in recent years as a Leeds United fan, the run to the semi-finals of the Champions League in 2001 is certainly a high point but not one that I can recite from memory with regards to who they played, etc.
My three major highlights all spawn from the past decade.

1. FA Cup Third Round win against Manchester United, January 2010. Jermaine Beckford’s goal at the Stretford End on January 3rd, while it was a moment to savour, led to a very stressful 70 minutes. Approaching Fergie Time, everything seemed to be set in slow-motion in an agonising wait for full time. Glenties Comprehensive was my secondary school and everybody and their dog supported Man United, so walking in a few days after the result to utter silence was the icing on the cake.

2. Promotion to the Championship in 2010. As many football fans will know, some teams never do things the easy way, Leeds United is one of those teams. Surrendering a big lead at the top, Leeds needed a win on the last day of the season for promotion. It all started badly though with Max Gradel getting sent off in the first half. Three minutes into the second half and Bristol Rovers took the lead via Darryl Duffy, it looked like more heartache was on the cards. But mere moments off the bench and Jonny Howson equalised and Jermaine Beckford netted the winner minutes later. Queue the mass pitch invasion at full-time.

3. Marcelo Bielsa Appointment in 2018. Regarded as one of the best managers in the world by Pep Guardiola and Mauricio Pochettino, seeing Marcelo Bielsa as Leeds Head Coach initially felt like a pipe dream. Witnessing ‘Bielsaball’ first hand at Elland Road, I realised this was a new era for Leeds United Football Club. One that hopefully brings about a new wave of quality and success.

Select three major disappointments
Unfortunately the disappointments outweigh the highlights on a scale, so much so that it’s difficult to pick just three. Notable mentions would be the relegation from the Premier League in 2004, the Play-off Final defeat to Watford in 2006 and then relegation again the following year.
But the disappointments that were the toughest to take are as follows:

1. League One Play-off Final defeat to Doncaster in 2008. Leeds had begun the season with a 15 point deduction, putting them at a major disadvantage but they overcame all odds to find themselves at Wembley. A 1-0 defeat courtesy of a goal from James Hayter was a real sucker punch after a great season.

2. Massimo Cellino Era, 2014-2017. Cellino earned the nickname Mangia-Allenatori, “The Manager Eater”, during his time with Cagliari and it was quick to see why once the Italian entrepreneur had the controlling shares at Leeds United. Elland Road had turned into a revolving door for managers, only Garry Monk lasted a full season, partly down to Cellino departing at the halfway point. His controversial spell as owner thankfully concluded in January 2017 with the club’s best finish under his ownership being 13th.

3. End of 2018-2019 season. Leeds United were a joy to watch throughout the campaign in Marcelo Bielsa’s first season as Head Coach. Month after month it finally looked as if Leeds’ long wait for Premier League football would be over. Spending a vast majority of the season in the top two, a soul crushing defeat on Easter Friday to Wigan Athletic had drained the players of their confidence as they went on to suffer a devastating loss to Derby County in the Play-offs.

First time you saw Leeds live
My dad, Seamus, took me to my first Leeds game during the 1999/2000 season. After the turn of the millenium, March was fast on the horizon and with it, my first match, Leeds United v Coventry City. Harry Kewell, Michael Bridges and Jason Wilcox ensured my first Elland Road trip was a happy one. Aussie Kewell ensured my second game was also memorable as he bagged the only goal in a UEFA Cup game against AS Roma a few days later.

This article was first published in the Donegal Democrat. If you would like to be featured, email chris.ashmore@iconicnews.ie