Hot-stuff: Full time at Oriel Park as one goal seals the issue between Dundalk and Finn Harps 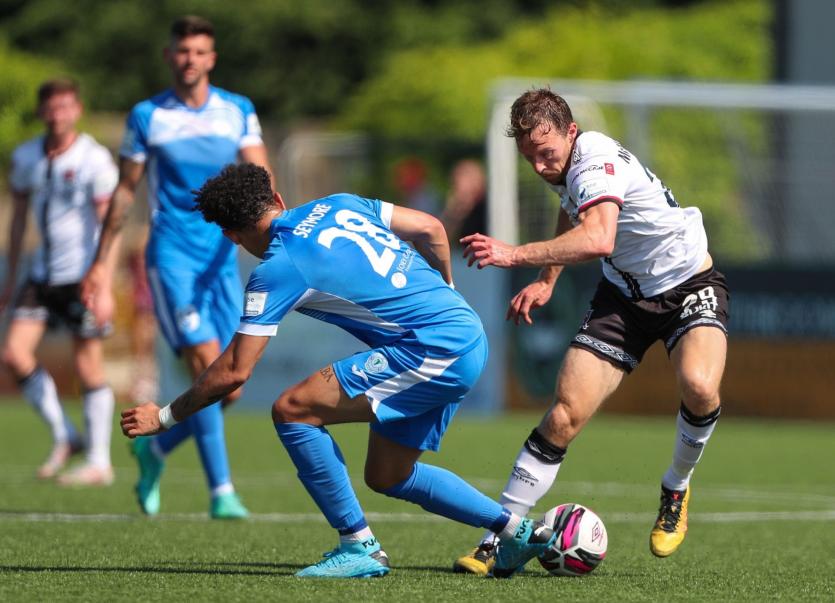 Will Seymore of Finn Harps in action against David McMillan. PICTURE: SPORTSFILE

Finn Harps felt the heat in more ways as they lost to Dundalk at a sweltering Oriel Park on Saturday afternoon.

But in the end it was a hard fought win for Dundalk in what was the proverbial game of two halves.

Dundalk, fresh from their UEFA Europa Conference League success during the week, dominated the first half, and were good value for an interval lead.

But having impressed before the break, the Louth side slackened in the second half and Harps gave as good as they got although they were unable to create many clear-cut chances.

Ultimately, the Lilywhites deserved the three points and this third win in their last four games lifts them above Derry City into sixth place.

Harps remain eighth, and have now got just two points in their last seven games, so the worrying run continues as they look anxiously over improving Waterford just below them in the table.

From early on Harps were up against it and the prospect of repeating their win at this venue from earlier in the season looked a tall order at the break.

The first chance of the game went to Dundalk with  Raivis Jurkovskis cutting the ball back for Will Patching but he fired over from a good position.

Although Adam Foley sent in a deep ball for debutant Dan Hawkins to try and run onto shortly afterwards in the visitors’ box, Dundalk took control as the opening quarter progressed.

And the chances soon flowed. Sonni Nattestad delivered a wonderful 40 metre diagonal cross which was met by Raivis Jurkovskis with a spectacular volley from outside the box.

David McMillan had a header that came back off the post, and which was subsequently headed away from danger by Ethan Boyle while  Michael Duffy whipped in a cross that Daniel Kelly just could not connect with.

The ubiquitous Patrick McEleney then picked out Nattestad who was just wide before McMillan had a glancing header just to the out-side of the post.

In between the last two chances, Kosovar Sadiki impeded McMillan at the expense of a free in a dangerous position, but it came to nothing.

Jurkovskis was next to spurn an opportunity with a near post header as the half hour mark approached and one wondered would Dundalk be left to rue missing a litany of chances.

Harps were effectively camped in their own half and just could not get a hold of things in midfield against a home side that was knocking the ball about with real confidence.

Finally, in the 33rd minute, Dundalk made the breakthrough. McEleney was the creator as he evaded a number of tackles inside the Harps penalty area before laying the ball off to Jurkovskis whose shot was parried by Mark Anthony McGinley and McMillan was on hand to tap the ball home.

Sadiki connected with a late header to register an effort on target in the 41st minute, but in the energy sapping conditions where they did a lot of chasing, the half-time whistle could not come quickly enough for the Donegal side.

And they were fortunate enough to turn around just one down. 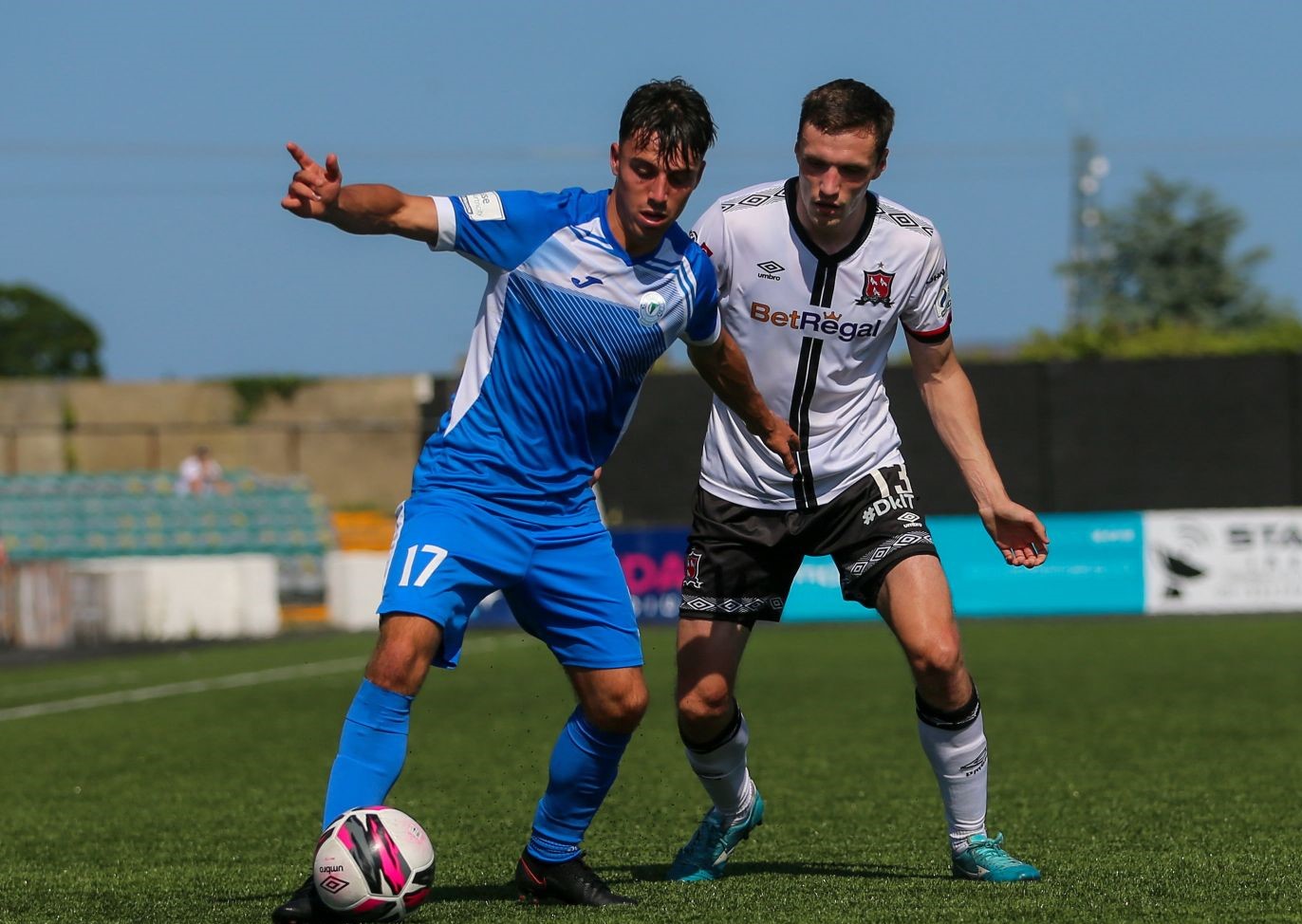 However, it was Harps who had the better of things in the third quarter as they enjoyed more of the possession and tried to take the game to Dundalk.

And on 62 minutes, Jordan Mustoe began Harps’ best move of the game to date with a super cross-field that ended up with Barry McNamee finding Hawkins inside the box but he was just unable to turn and shoot as intended and Dundalk cleared. Hawkins acquitted himself well in his first appearance in blue.

A couple of minutes later Foley was almost in but could not steer his shot past Alessio Abibi. Foley picked up an injury in the process and was replaced by Tunde Owolabi.

Dundalk’s intensity was lacking, yet one sensed that they were almost hoping to get something on the break as Harps had to push forward in the final 20 minutes to try and salvage something from the game.

On 76 minutes McMillan raced into the Harps box - with a hint of suspicion about off-side - but McGinley did enough as he advanced to make an important block.

Dundalk brought on Ole Erik Midtskogen - who scored in the 1-1 draw when the sides last met, in Ballybofey - for McMillan for the final 11 minutes of regulation time while striker Sean Boyd came on for Harps in place of midfielder Mark Coyle.

But try and they did, Harps didn’t really put the Dundalk defence under that much pressure and the home side was able to close the game out. Vinny Perth's side had one late concern as Tunde Owolabi had a header five minutes into stoppage time but he could not direct in on target.

Next up for Harps in the Premier Division is a game at home to Bohemians on Friday week, July 30.

Before that Harps have an FAI Cup Round One date away to Limerick junior side Fairview Rangers next weekend.