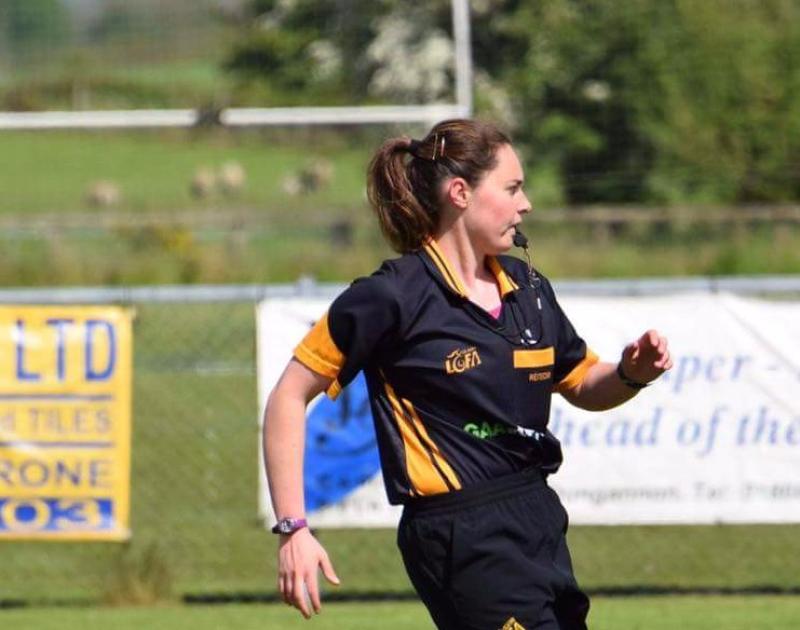 Donegal GAA referee Siobhan Coyle has been handed one of the biggest appointments of her career after being appointed to referee at the Continental Youth GAA Championship in the US.

Siobhan is one of the leading officials in Donegal Ladies Gaelic Football and also officiates in the Donegal men’s All County Football Leagues.

A member of the Fanad Gaels club, Siobhan is also secretary of the Donegal Ladies Gaelic Football Association.

The Continental Youth Championship is an underage Gaelic Football and Hurling tournament run by the North American Board.

This year’s championship is being held in Buffalo, in the State of New York. It starts on Thursday and runs until Sunday, July 30th.

Siobhan has been appointed by the Ladies Gaelic Football Association in Croke Park, and she will officiate at girls’ underage games.

Glenfin player Maggie Farrelly, an official in her native Cavan, has officiated at the tournament in the past.

St Eunan’s minor footballers are competing in the championship, the first Irish team to take part.