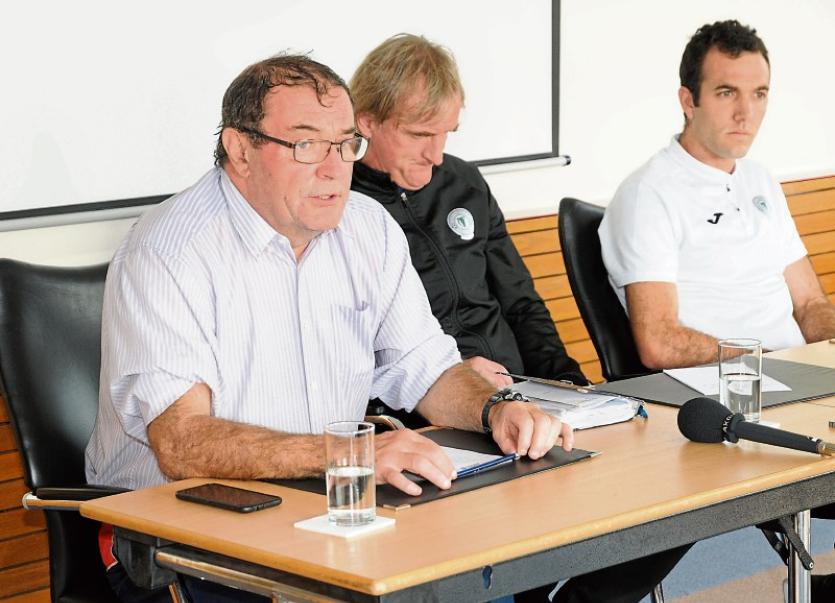 Jacob Borg, one of Ollie Horgan’s summer signings, is settling in well at Finn Park and has been impressed with the attitude of the rest of the players.

The Australian-born Maltese international, who joined Harps from Maltese Premier League side Gzira FC, is also impressed with the standard of the football in the SSE Airtricity First Division.

“The boys have a very good attitude in training and even away from the game, and the management and coaching staff is very good and everybody is very committed,” said the 27 year-old central defender at this week’s press conference ahead of Saturday night’s final league game of the season against Cabinteely in Finn Park.

“The standard of football is very good too. Finn Harps would be a fifth or sixth place team in the last league I played in. And if you look at teams like Dundalk and Cork, teams in the Maltese League would not be able to compete with them.”

Finn Harps play Cabinteely on Saturday night and then head into the promotion relegation play-offs at the semi-final stage and their bid for promotion back up to the Premier Division.

Jacob, who has never played in a promotion play-off before, insists he is fully aware of the importance of the play-offs and promotion back up to the top flight.

“The players and the coaches have been emphasising the importance of the play-off and what it would mean for the club and the opportunity to play at a higher level.

“Play-offs are new to me but I have played in a number of Cup finals and I suppose the play-offs are something similar; every game from now on is a Cup final.”

But first things first, Harps face Cabinteely on Saturday night in what some would see as a dead rubber game with little or nothing to play for.

“It is important that we maintain our winning run on Saturday night and go into the play-offs in a positive frame of mind and the best way to do that is to win Saturday night’s game.”

Meanwhile, Finn Harps, though are hoping for a big crowd on Saturday night.

Secretary John Campbell, at Tuesday’s press conference, appealed for Harps followers to come out to show their appreciation to Ollie Horgan and the players for coming second in the division.

And he also called on supporters to come through the turnstiles because Harps need the revenue.

“I think it is important supporters come out on Saturday night to show their appreciation for Ollie and the players for finishing in second place which was a brilliant achievement,” said the secretary.

“Ater Saturday night we won’t have a home game for four weeks and unfortunately we still have ongoing expenses over that period and being brutally honest we need the revenue.”

Harps will once again be without Mark Timlin for Saturday night’s clash with Cabinteely.

The left sided midfielder picked up a knee injury in Harps friendly with the Donegal League Oscar Traynor team the week before last in Ballyare.

“Mark is out of Saturday night’s game and at this stage he will do well to be fit for the first play-off game. He is due to go for a scan and we will know better after that but at this stage we will be lucky if we have him for the first game in the play-off,” OIlie Horgan told the press conference.

The Harps boss said otherwise they were in a good enough place and that he would be fielding the strongest possible team. He insisted he felt he had too as they wanted to maintain the winning habit against what is a good Cabinteely side.

The Harps boss also confirmed he had a friendly with the Irish Army which is to be played at the Colaiste Ailigh Ground on Friday night September 28.