Tourish, Kelly and Eves will lead the Donegal charge in Fastnet Rally 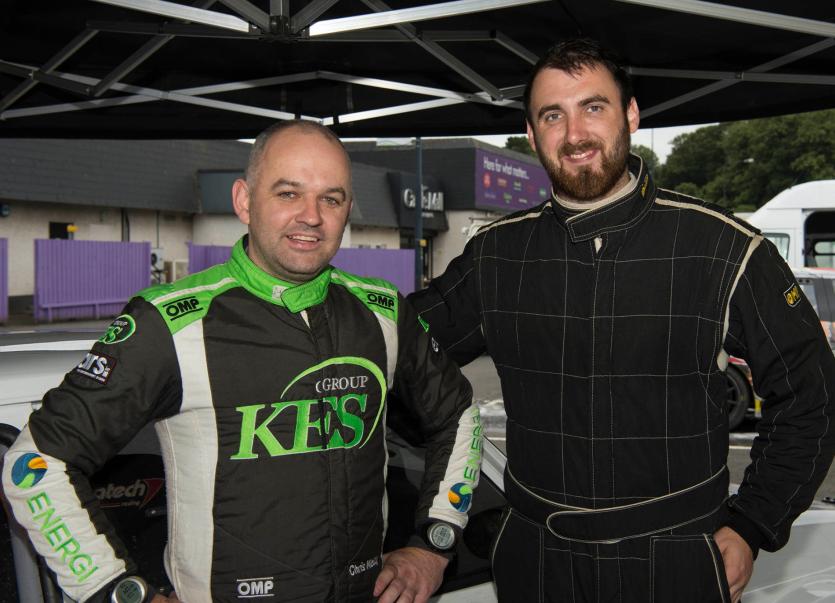 Kevin Eves (right) will be pushing hard in the Fastnet Rally

This year’s and indeed the five-year reign of Triton Showers as title sponsor to the Irish National Rally Championship concludes next Sunday with the Westlodge Hotel Fastnet Rally in Bantry, West Cork.

The eight stage Bantry event will determine who will finish third overall behind champion Josh Moffett and runner-up Roy White. The spot rests between current incumbent Monaghan’s Shane Maguire (52pts), Donegal’s Kevin Eves (47pts), Monaghan’s David Moffett (34pts) and Donegal’s Aaron McLoughlin (33pts) - all of whom can add all the points they gleam from the Fastnet where there is a maximum of 22 points for the top registered Triton competitor along with the single bonus point from the Power Stage.

Realistically, it would appear to be a straight battle between Maguire and Eves.

Meanwhile, Eves and Moffett are in contention for the rally.ie award (the highest placed two-wheel drive competitor in overall classification in the Triton series) with Eves holding the advantage in this particular quest.

Donegal’s Damian Tourish (Ford Escort) is the top seed, last year he bridged a 30-year gap by becoming the first person since local Skibbereen driver Bernard O’Brien to win the event in a Ford Escort.

Opposition this time around is much stronger and will be led by another Donegal driver and former Irish National and Tarmac champion Donagh Kelly, who will have his second outing in his recently acquired VW Polo GTi R5, the car he campaigned to second spot on its debut at the recent Donegal Harvest Rally.

Former event winner and local driver Ballylickey’s Daniel Cronin (Ford Fiesta R5) is seeded at three and he will be eager to atone from crashing out whilst leading the recent Cork “20” International Rally. Daniel, the younger brother of four time British and former Irish Tarmac champion Keith, won the event in 2016 at the wheel of a Mitsubishi.

Another former Fastnet winner and indeed the only non-Irish driver to win the National series, Welshman Mel Evans, who was second last year in a Ford Fiesta WRC, returns in a Skoda Fabia R5.

Meanwhile, Eves in his rear wheel drive Toyota Corolla and a number of talented Mk. 2 Escort drivers are next off the start line of the opening stage at Mizen Head that skirts the Wild Atlantic Way.

The legendary Kenny McKinstry, who won the Fastnet Rally in 1984 in a Ford Escort, will campaign his Ford Fiesta R5 on this occasion.

In the Junior category, Killarney’s Colin O’Donoghue (Ford Escort) is the top seed and he will battle with Kilmallock’s Nigel Roche (Honda Civic) and Donegal’s David Kelly (Toyota Starlet) for the Class 16A title within the Triton Showers National Rally Championship.

TRITON SHOWERS NRC STANDINGS AFTER ROUND 7: