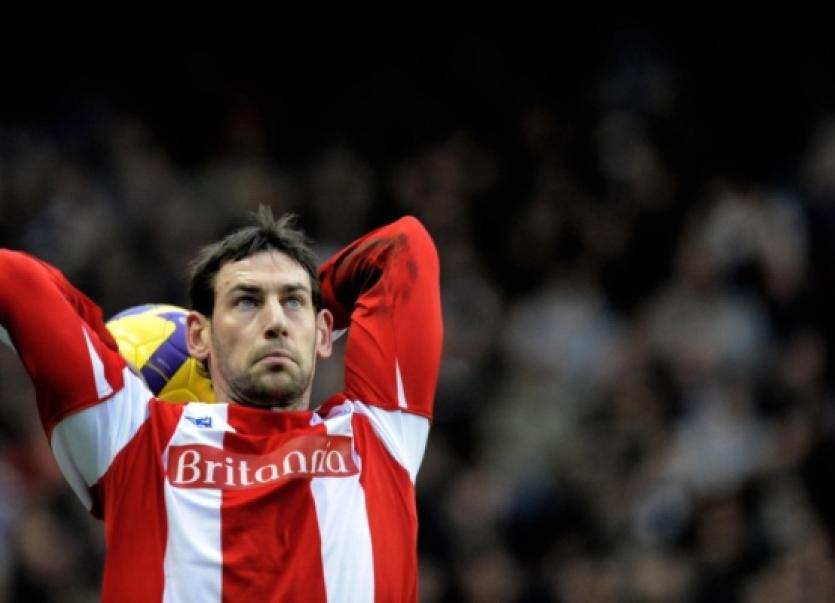 Rory Delap, who was known as a long throw-in specialist

A former Republic of Ireland international with strong Donegal links is set to take charge of fist team affairs with two other personnel at English Championship side Stoke City.

The club announced that it has parted company with manager Nathan Jones with immediate effect.

A new managerial appointment will be made as swiftly as possible but in the meantime Rory Delap, Kevin Russell and Andy Quy will take charge of first-team affairs.

Delap has strong family connections with Letterkenny, and is a regular visitor to Donegal.

As a player, he earned 11 international caps for the Republic of Ireland.

Now aged 43, he has been involved in coaching activities over the past few years.

Stoke's Irish players include James McClean, Stephen Ward, and Nathan Collins while Scott Hogan is on loan from Aston Villa.