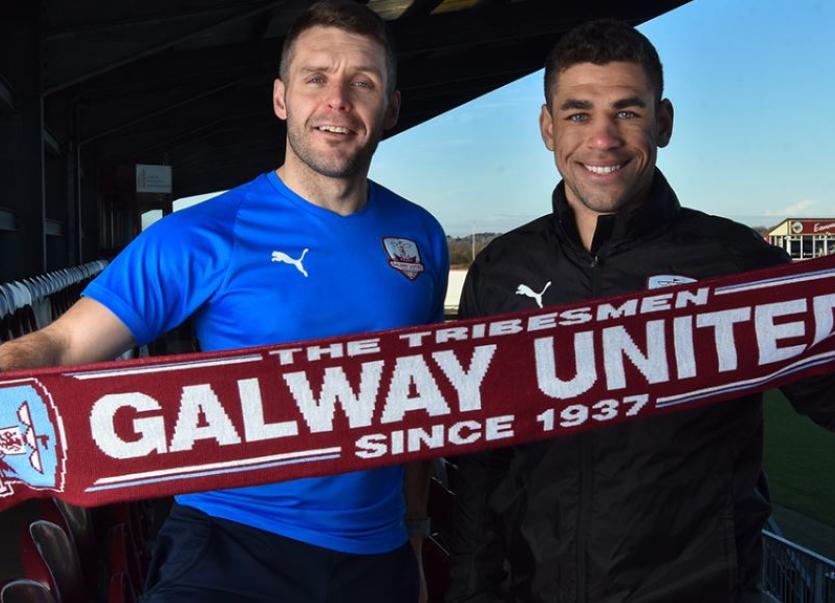 Joshua Smith will play for Galway United in 2020

American defender Joshua Smith has signed a deal with the First Division side.

Smith (27) helped the Ballybofey outfit to secure their Premier Division status in 2019, the 6’3 centre-back scored the only goal in a 1-0 win against Waterford FC at Finn Park in October.

The Louisiana native joined Finn Harps midway through the 2019 season from German side SC Hessen Dreieich, but he began his career in the academy sides of Kaiserslautern and Karlsruher SC in Germany.

He also played in the USA.

Galway United manager Alan Murphy said: “Josh Smith may only have moved to Ireland in the last transfer window, but we knew from the first night we saw him play that we wanted him at Galway United for 2020 and beyond.”

“We’ve been to watch him individually or collectively a number of times and never failed to be impressed. Josh just ticks so many boxes that he immediately became a priority signing for us. Defensively he’s physical and aggressive. In possession he’s comfortable, intelligent and progressive. At set pieces, Josh is dominant in both boxes and he’s got an excellent positional sense,” he said.

And he added: “Above all however, he’s looked an obvious leader and organiser from the outset, which is such a rare quality nowadays. At 27, he is about to enter his prime years as a centre-back and I’ve no doubt he will be a massive part of what we are trying to create here.

He continued: “I’m very grateful to Alan for bringing me into the club and trusting me. It was my goal to come into Finn Harps and help them stay in the Premier Division, I did that. Now my goal is to help this club achieve its goals for next season."