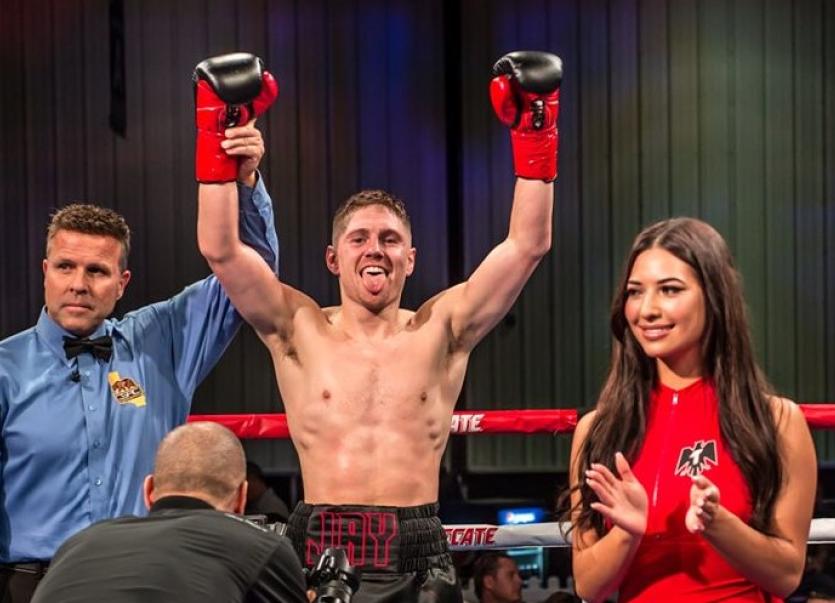 Jason Quigley is back in action next week

Donegal boxing sensation Jason Quigley will face Oscar Cortes on January 23 in The Hangar at the Orange Country Fair in Costa Mesa, California.

The fight will stream live on DAZN and RingTV, and regionally on Comcast across the United States.

Quigley will be back at the scene of his third round stoppage of Abraham Cordero on December 5.

“It’s all about momentum now. I need to get in again, keep it fresh and get out of there ASAP to keep the ball rolling.”

The 26-year-old Cortes was stopped in the second round by Kamil Szeremeta in Madison Square Garden, New York, in October. Szeremeta is now set to face IBF middleweight titlist Gennady Golovkin.

The Andy Lee-trained Quigley has designs on making noise in the 160lbs division in 2020.

The Donegal puncher said: “It’s an exciting time. What’s important now in 2020 is driving on and achieving what I want to achieve.

“My aim and my goal is to become the world champion. I’ve seen it in training and I’ve felt it myself, there is a change there and click of things back in place again. I’m excited for what’s to come.”