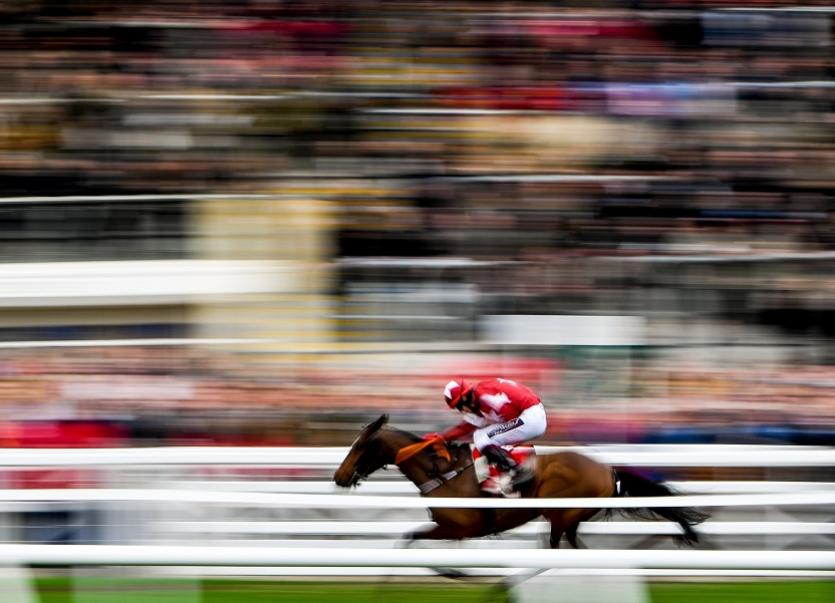 Day 2 of Cheltenham - here are tips

13:30 - Envoi Allen should win this but at 10/11 he doesn't offer value for punters. LONGHOUSE POET (16/1) could be the one to chase him home at a nice price. He has some nice form in the book having finished just seven lengths behind Envoi Allen in Naas in January and just two lengths behind Albert Bartlett favourite Latest Exhibition next time out at Leopardstown. He improved between those runs, evidenced by his reversal of form with Elixir D'Anaiy in those two starts. He was just over three lengths behind that rival at Naas but a similar distance ahead of him at Leopardstown. He can continue that upward curve here. He'll act on the ground and should stay out the trip on the testing ground.

14:10 - ALLAHO (9/2) gets the vote here after improving massively from his first to second chase start this winter. On his debut over fences, he was just over a length behind stablemate Easy Game but improved and looked a real prospect in beating Milan Native by 21 lengths at Fairyhouse in January. The fact that Paul Townend will be on his back on Wednesday suggests he's outperforming Easy Game at home and will carry Willie Mullins' main hope in this race. He also has Cheltenham form, albeit over hurdles, having been third behind the re-opposing Minella Indo in last year's Albert Bartlett. He looks a natural chaser and will handle the testing ground very well. It may be an omen that he was sired by a horse called No Risk At All. Here's hoping!

14:50 - There are a couple of improvers here well ahead of the handicapper but my slight preference is for ALFA MIX (10/1) over Stratum. JP McManus loves Cheltenham winners and it could be significant that he purchased Alfa Mix between his last run and today. On that last run at Navan, he travelled like a dream and ranged up before a mistake two out halted his chances of beating the top weight here today, Kilfenora. Gavin Cromwell trains this one and has his horses in brilliant form. He was third in the Champion Hurdle on Tuesday with Darver Star and could get into the winner's enclosure with this one. He beat a number of these rivals on his previous run, also at Navan, where the likes of Cracking Smart and Top Moon were behind him. That was admittedly off a low weight but he's been given a chance by the handicapper and has been put away since January for this race. He'll travel better than most and with some luck in running, he'll be coming up the hill in front.

15:30 - With Altior and Chacun Pour Soi withdrawn, this race looks a penalty kick for Defi Du Seuil. What promised to be the race of the week has broken up but there could be some value in finding the horse to chase Defi home. The forecast market could offer the most value here with Defi Du Seuil almost guaranteed victory if he stays on his feet. The DEFI DU SEUIL/POLITOLOGUE forecast is good value at 11/4. It would see Politologue chasing home Defi for the second time this season having finished second in a Grade 2 at the course in November. He was also a game second to Altior in last year's Queen Mother Champion Chase so clearly likes the track. Dynamite Dollars is the bit of an unknown here but I like a proven horse at Cheltenham and that's why Politologue gets the vote.

16:10 - I hope I'm wrong but I think Tiger Roll will be beaten here by a horse called EASYSLAND (7/2). He is a cross country specialist and while Tiger Roll was a 22-length winner in this last year, there was nothing as good as this French import in the line-up. Easysland is unbeaten over the ditches in six starts, mostly in France, but prepped for this by travelling to Cheltenham and winning the cross country last December. He made two mistakes late that day but still stayed on to win by seven, beating some of these on the day. He'll be ridden prominently so as to stay out of trouble and could upset the favourite backers. Tiger Roll has bigger fish to fry in the Grand National next month. He hasn't had as smooth a preparation this year for this pitstop and could go down to a second defeat of the season.

16:50 - I wouldn't have a strong opinion on this but TRONADOR (10/1) is interesting for Gordon Elliott. He has twice won this race with big price winners, including Veneer of Charm who won at 33/1 in 2018. Tronador has been tucked away for this race and will go off a nice handy weight with a top jockey in Denis O'Regan on board. This horse has also got a few mentions in Cheltenham previews, including from Gordon Elliott himself. This could be a gamble on track on the day, although the preference of his stablemate Aramax in the field might keep him at a nice eachway price.

17:30 - Appreciate It (6/4) is the talking horse for Willie Mullins in this but it's a race that has thrown up a couple of shocking results in recent years. I was taken with DARLING DAUGHTER (20/1) when she won unexpectedly at odds of 25/1 at Leopardstown last month. She tracked the leaders in a nice spot that day and found plenty when asked to go for home two furlongs out by Lisa O'Neill. She beat Politesse that day with that rival franking the form by beating Watergate Lady by five lengths at Thurles a couple of weeks later. The latter has decent form tied in with Appreciate It and Asterion Forlonge who was fourth in the Supreme on Tuesday. That gives Darling Daughter a chance and her mare's allowance will go a long way on testing ground. She could run a big race at a big price.