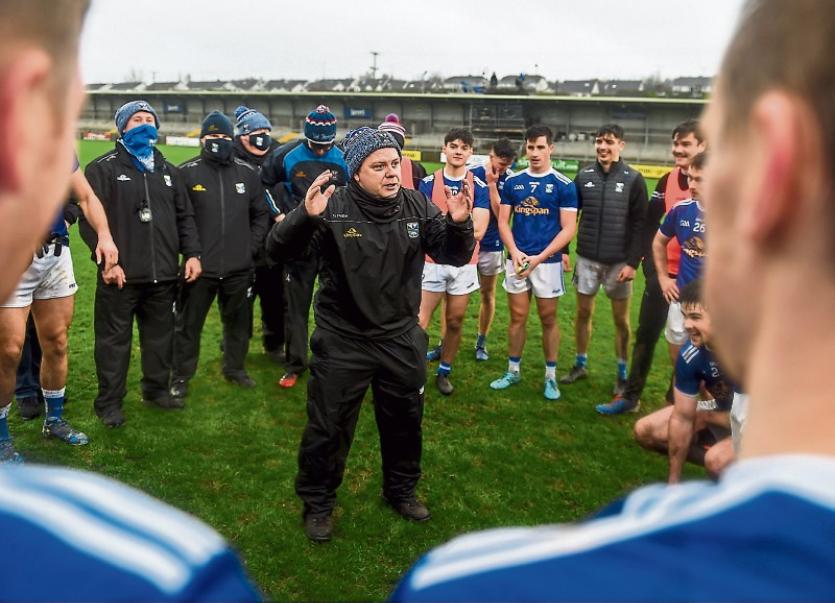 Mickey Graham, the manager of the Cavan side that stands between Donegal and a first ever three in-a-row Ulster senior championships, is not into moral victories.

Graham is in his second season in the top job in the Breffni County and was one of the stars of the last team from the county to win an Ulster title.

That was in 1997, and one of Donegal’s finest of all time Martin McHugh was the Cavan manager.

The former star forward acknowledges that the Breffni men, who are playing their sixth game in as many weeks, are the raging hot underdogs to bridge the 23-year gap since the Anglo Celt last rested among the Drumlins.

Donegal, who are playing in the county’s ninth final in ten years, are the hottest of favourites and are being quoted this week by some of the bookies at 1/16. In other words you put on €16 to win €1.

“We have to be positive going into this game. We could go in and look for a moral victory and say keep them to a certain score,” said the Cavan boss in Monday evening’s virtual press briefing ahead of Sunday’s showdown.

Sunday’s final is their second provincial final in-a-row. Donegal put Graham’s charges to the sword in the sweltering heat on a sunny June afternoon in last year's decider.

“In last year’s final we felt we did a good enough job on Michael Murphy and other lads did the harm and that is the strength of Donegal.

“They have so many match winners on the team. They have good players all over the field. You think you have done a job on one of them and then somebody else pops up.

“Where do you stop them, they have such an array of talented footballers and not just the lads on the starting team, but the lads coming off the bench as well can make a huge impact.”

One of the mistakes Graham feels Cavan made in last year’s final, the county’s first final appearance in 18 years, was to focus too much on Donegal in the build up to the game.

The Cavan Gaels clubman insists it is one of the lessons learned from last year’s joust with Declan Bonner’s men.

“We have to focus on ourselves and try not to get caught up as much on Donegal which we did last year.

“It was the lads we did not expect last year that did the damage.”

Cavan are playing in their sixth game in six weeks on Sunday.Three of those games were in the championship and included an extra-time preliminary round win over Monaghan, a quarter-final win over Antrim and last Sunday’s sensational comeback win over Down, in the semi-final. Cavan were ten points down at one stage in that game before storming back to win by two points.

“We’ve a lot of change in personnel and it has been a bit disjointed since we came back. We definitely feel mentally we are more tuned in, we are more understanding and there is a better team continuity within the group, than we had going into last year’s final.”

The Cavan boss feels his side are far from the finished article but feels they are progressing nicely.

“I feel sometimes we get caught between two stools in the way we want to set up. I think we are progressing on that front and we are getting good at it. We do it well at times and we don’t do it well at other times.

“I think when we get a little more consistency in that area of our game you will see better performances from us.”

Graham also admits the heavy programme of games in recent weeks and in particular last Sunday’s semi-final on a heavy pitch will catch up with his team.

“It is always a concern but we are grateful for the position we are in. I’m sure if you spoke to the Down lads today, they would love to be in the same position.”

Graham confirmed Cavan had no major injuries and he was expecting Stephen Murray, Conor Smith, James Smith and Con O’Grady, who have been in rehab in recent weeks, to be back training this week.