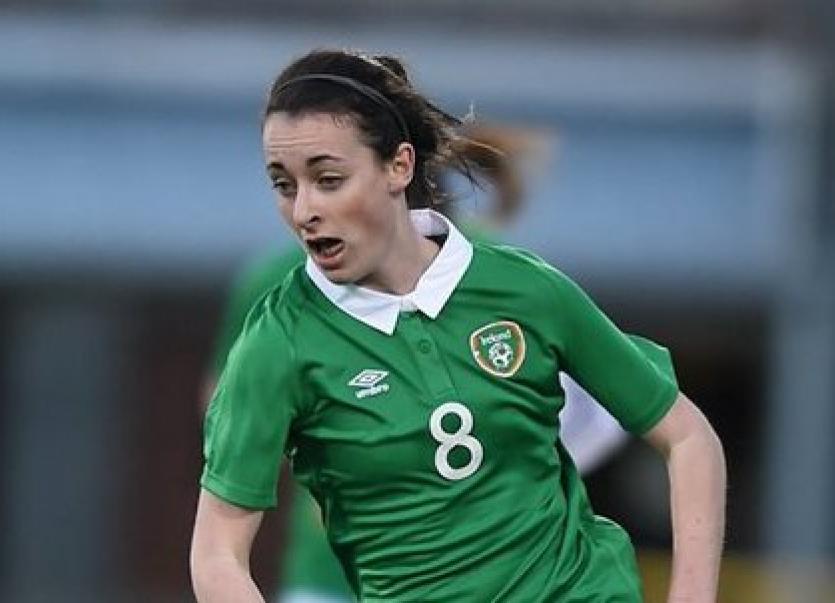 Greencastle's Roma McLaughlin on back on International duty

Following a three year hiatus, Greencastle's Roma McLaughlin has been recalled to the Republic of Ireland ladies squad for the upcoming friendly games with Iceland.

The pair join Milford's Amber Barrett, who has had a successful season with Köln in Germany.

Grant, who has done exceptionally well at Shelbourne, has 15 International Caps and McLaughlin has five.

The squad flies Reykjavik on Monday, June 6 for the games on Friday, June 11 and Tuesday, June 15.