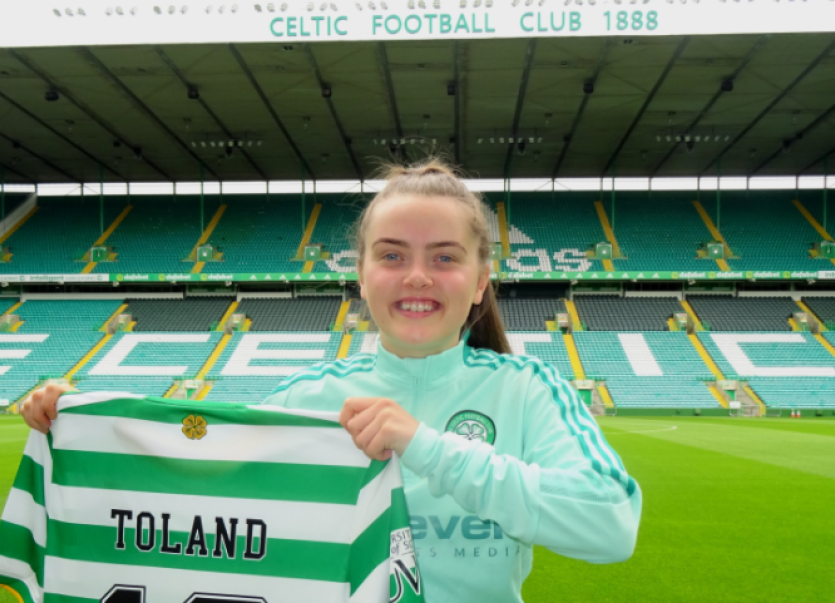 Tyler Toland has sealed a dream move to Celtic from Manchester City.

The St Johnston native was paraded at Celtic Park today having spent last season on loan at SWPL1 rivals Glasgow City and has Champions League football to look forward to with her new club.

Making the switch across Glasgow was the right move for Toland, who believes Fran Alonso’s Celtic’s football will suit her abilities.

“When I spoke to Fran I knew it was a perfect fit for me. The way he plays his football, his training and philosophy are definitely right for me, and Celtic’s obviously a massive club and you can’t turn that opportunity down,” she told Celtic’s website.

The 19-year-old arrives at Celtic with lived experience of the SWPL1 having spent time across the city winning the league title last season with Glasgow City, something she feels will benefit her as she settles into life at Celtic.

“I do think it’ll help me knowing what the teams in the league are like, how they play and having seen the full run of the league. I obviously seen Celtic last season as well and I was very impressed with them so I’m really looking forward to the season ahead.

“Having Champions League this season will be great, and the finished second last season so they’re obviously looking to compete again for the league this season, so it’s just a really great environment. The way Celtic play their football really appealed to me and I’m really looking forward to it.

"I’m just going to work as hard as I can and hopefully help the girls win trophies and get as much success as we can.”