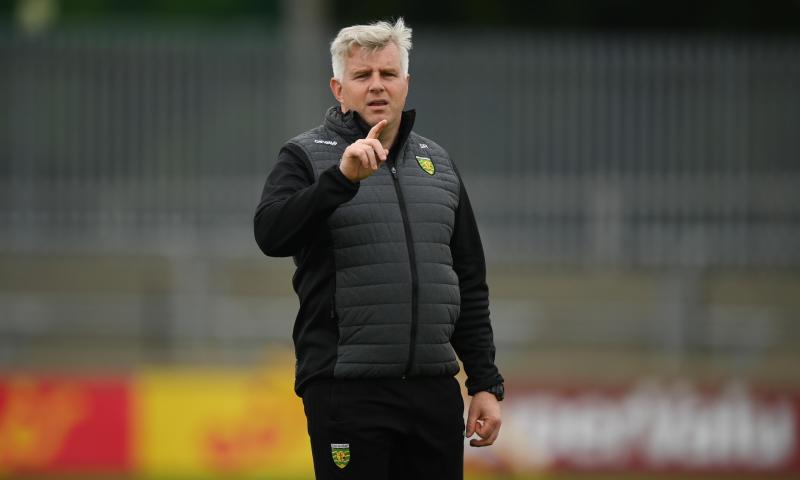 Stephen Rochford will return as the head coach of the Donegal senior football team in 2022.

Rochford has been a key part of Declan Bonner’s backroom team for the last three years.

The Crossmolina man has committed to continuing in his role.

“It’s very difficult to get someone of that experience on the coaching field. He has coached at the highest level.

“He has been in with us now for a couple of years and he knows the group so that continuity is important.”

Rochford was the Mayo manager when they reached the All-Ireland finals in 2016 and 2017.

While he has been linked with several roles in other counties in recent years, the AIB employee will be staying as part of Bonner’s set-up.

The Donegal manager said: “His knowledge and experience are vitally important. Someone of that calibre is very difficult to find. He is totally committed to this group and he knows what’s involved now.”

Paul McGonigle, who was Bonner’s assistant manager, will not be returning for 2022.

The Buncrana native, previously a selector to Jim McGuinness in 2014, has stepped away for personal reasons.

It is not likely that a successor will be appointed to the position.