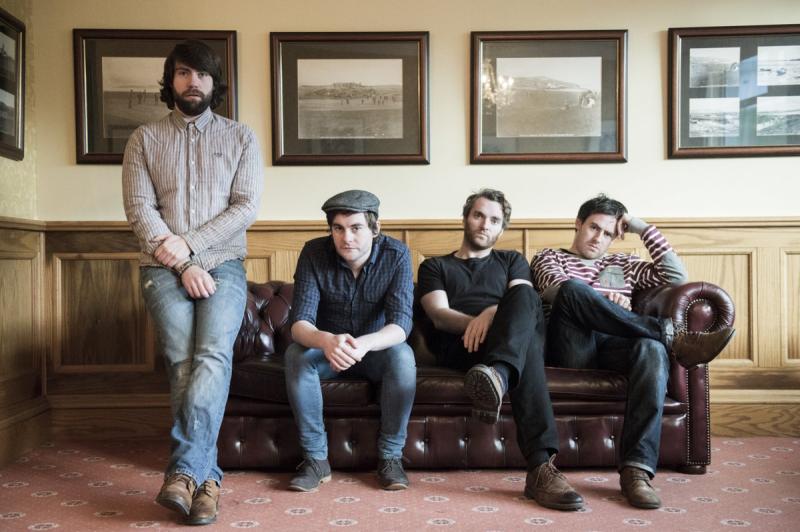 With the welcome news that Mary Black will be appearing at An Grianán Theatre on April 22nd, it highlights the wonderful music programme on offer at the comfortable and intimate Letterkenny theatre.

Already hailed as ‘the best room in Ireland’ by Glen Hansard, An Grianán Theatre’s growing reputation among artists is underlined by the list of Irish and International talent who will play there in the coming months.

Household Irish names such: as Declan O’Rourke who will be performing with a string quartet; Lisa Hannigan who brings her new band and her new albuml Phil Coulter and The High Kings who are complimented by gigs from Scottish vocalist Eddi Reader, always a stunning performer; and young English folk star Eliza Carthy, who will appear in concert with her father, Martin Carthy, himself a giant of the UK and World folk scene for over 50 years. There’s a special concert at the end of January combining the English singer songwriter Billy Bragg with the American Joe Henry, who has produced three Grammy Award winning albums. The most popular band in Donegal, In Their Thousands, joins this heady line up when they take to the stage in their traditional slot between Christmas and the New Year where they will showcase work from their forthcoming album, their first full length release.

For over a quarter-century, singer Mary Black has been a dominant presence in Irish music, both at home and abroad. Mary has released thirteen studio albums all of which achieved platinum sales status and spawned countless hits. She has shared stages, TV shows and recording studios with some of the most revered performers of her time. She has also played a front-line role in bringing Irish music, past and present, to an increasingly appreciative and ever-growing global audience.

In an industry noted for its fickleness and its almost insatiable need for fresh novelties Mary Black’s enduring successes have proven that her depth of talent and her love of singing transcend the generations, as well as national and musical boundaries too. She is indeed a real Irish treasure and her talent a gift from this small island to a grateful world.

Mary has chosen some of her favourite venues for this tour and is bringing her world famous band of musicians: Bill Shanley (guitar), Pat Crowley (piano and accordion) , Nick Scott (double bass) and Richie Buckley (saxaphone).

North West Opera will perform Die Fledermaus, a lively comedy set to the sumptuous music of Johann Strauss, at An Grianán Theatre this Friday and Saturday. The opera will be sung in English by professional leads, accompanied by full orchestra and chorus, giving the audience a totally live opera experience. The light-hearted story follows 24 hours in the lives of a group of Viennese bourgeoisie and centres on an elaborate plan for revenge. Disguises, hoaxes and much flirtation, fueled by copious amounts of champagne, bring comical results. Tickets from An Grianán.

From the pastoral hills, hollers, shopping malls and interstate highways of Goodlettsville Tennessee, comes the most entertaining five guys and a scrub board, with roots like wisdom teeth. This frolicking five-some brightens up the stage at the Regional Cultural Centre, Letterkenny on Wednesday night, November 2, with rib-tickling old time tunes, hot picking, powerful harmonies, corny jokes and riotous hi-jinks. Tickets at the door or via An Grianán box office.

Two of the Islands’ finest musicians launch their debut collaboration at the Balor Arts Centre, Ballybofey on Saturday November 12th. NI singer/songwriter Errol Walsh has joined with Donegal virtuoso Ted Ponsonby to create an eclectic roots album that’s among the very best you’ll hear this year. Errol has enjoyed a storied career playing throughout Europe, Canada, America and Australia while Ted need no introduction to Donegal music lovers, the man is quite simply a legend, with over 40 years of top notch work under his belt. Opening act on the night are High Heeled Converse and I’d recommend turning up on time for them, Pat Muldowney is one of those guitar players who makes it look and sound as natural as breathing and his playing is perfectly complimented by Caroline’s vocals.