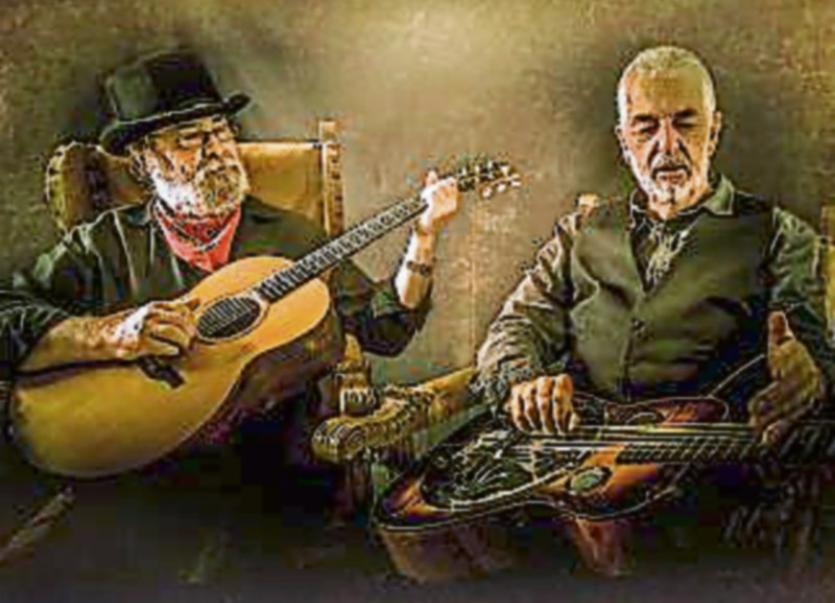 Mark your calendars, happy shoppers! An Grianán Theatre will be hosting its annual Christmas Art and Craft Fair on Saturday, 3rd December.

With a growing reputation as the place for the best quality Christmas Fair, it’s a lovely way to shop for those quality, but affordable, presents. There are still a few stalls left, I believe. So, if you are a designer/maker interested in taking part, email deirdreandart@gmail.com or give the theatre a ring and they’ll pass you on the details.

Another mention for the launch of Just Sayin’, the album by the excellent Ted Ponsonby and Errol Walsh, which takes place in the Balor Arts Centre in Ballybofey this coming Saturday night.
It promises to be an excellent night.
For more information you can ring 074 91 61840 or go online to visit the Balor website at balorartscentre.com

At 18, Jude Johnstone was "discovered" by E Street Band saxophonist, Clarence Clemons. After spending some time in New York and New Jersey under his wing, she moved to Los Angeles, where her songs quickly became sought after by other artists. She has been covered by Bonnie Raitt, Emmylou Harris, Bette Midler, Johnny Cash, Stevie Nicks, Jennifer Warnes and Trisha Yearwood, including a #1 song for Yearwood's debut album called "The Woman Before Me"; and the title track to Johnny Cash's Grammy-winning album "Unchained." Jude has released six CDs of her own. She’s appearing with Linley Hamilton and Dave Keary this Friday, 11th November at the Regional Cultural Centre in Letterkenny.

Doug Allan, wildlife cameraman, presents his show in the Balor Arts Centre in Ballybofey this Tuesday, 8th November. Doug tells us what it’s like to face a hungry polar bear and its cubs as they emerge from their den, or to swim eye-to-eye with an enormous southern right whale.

“Big Animals are my passion.” That’s how this multi-award winning cameraman (Blue Planet, Planet Earth, Wild Cameraman at Work) introduces his new show – In the Company of Giants. Join Doug for an unforgettable evening of extraordinary animal adventures and unique wildlife film footage. Ask Doug about his encounters and travels, and discover what it’s like to be up close with nature’s biggest creatures. There are still tickets available. Call the box office, 074 91 31840, to book or visit balorartscentre.com.

John D Ruddy launches his Manny Man book this Wedensday 9th November in the RCC in Letterkenny at 7pm, all welcome. It’ll be launched by Kieran Kelly (author "Letterkenny: Where the Winding Swilly Flows", historian and teacher) with a book signing by John afterwards. This book, John says, goes out to all the boring history teachers YouTube sensation John ever had! “History plays a vital role in our lives. It acts as a reminder of what could go wrong but also what could go right,” John, a trained teacher himself said, before adding, “History can also be destroyed by lists of dates and names.” In his first book, John’s viral online hit, Manny Man, turns Ireland’s tumultuous millennia of history into a fun and easy-to-understand story, from the Ice Age up to the present day, He covers it all. So if you want a quick fix of Irish history with lots of fun along the way, then Manny Man is your only man!

Comedy at the Vintage

The Comedy Club at Voodoo Vintage is .back this Thursday 10th November with headliner Tom O’Mahony. Tom starred alongside the legendary and late, great Rik Mayall in Irish TV's record-breaking hit comedy Damo & Ivor as the intolerable toff, Tarquin. He has since been a regular on Irish TV shows Republic of Telly and Irish Pictorial Weekly. He’s set to star in a new ghost-hunting show for TV3 and also in RTÉ TV's latest hit series Bridget & Eamon, which will air in early '17. He's also a regular on national radio, 2FM's Breakfast Republic and Spin 1038. Support from Andy McGranaghan, Steven Campbell, Terry Norman and Liam Harris, all held together by your host Barry Mack, all for only €5. Aim to be there for around 9pm and you won’t go far wrong.