St Eunan’s College, Letterkenny, captured the All Ireland U19 B Boys Schools Cup title in dominant fashion at the National Basketball Arena in Tallaght this afternoon as they won out 78-52 over Waterpark College, Waterford.

Luke Cassidy and Killian Gribben were the standout performers for the Letterkenny school, combining for 47 points between them in a stunning display of basketball. There were stars for Waterpark too, with Colm O’Reilly leading the way for them throughout, James Delahunty working tirelessly under the boards against an extremely in-form Gribben and a great display from Mikolaj Sienicki.

The opening five minutes of the first quarter were close and tense, with good scoring from Waterpark’s Colm O’Reilly and Farouq Rabiu matched score for score at the other end by Killian Gribben and Raumel Soler.

Gribben continued to dominate for Eunan’s in the second quarter, knocking down to opening baskets early on, while Cassidy followed up with a big three. Waterpark hit a purple patch shortly afterwards though, with O’Reilly driving in two big scores, while Elijah Kelly and O’Reilly knocked down two big three pointers to bring the game back within six points with just over three minutes to go.

Again, it was Gribben at the other end who delivered some key scores to push Eunan’s out in front again, and another great score from Cassidy sent them into a 38-26 point half time lead.

An evenly matched third quarter followed, with Gribben and Cassidy again to the fore for St Eunan’s. Max Leadley hit his stride in the quarter, knocking down seven big points for St Eunan’s, while a run of scores from Cassidy kept a comfortable cushion for St Eunan’s.

Good work at the other end from Mikolaj Sienicki and James Delahunty kept Waterpark right in the mix though, but despite their best efforts, a big three from Cassidy was followed by a super score from Soler to see St Eunan’s into a 60-44 point lead going into the last.

St Eunan’s dominated the closing quarter, outscoring Waterpark by 10 points in the period, with Leadley, Thomas Reynolds and Cassidy all scoring some big scores for the Letterkenny side. Good work from Sienicki again, Maldrit Bajrami and Delahunty for Waterpark just wasn’t enough, as Eunan’s finished out strong to win 78-52 and be crowned All Ireland champions. 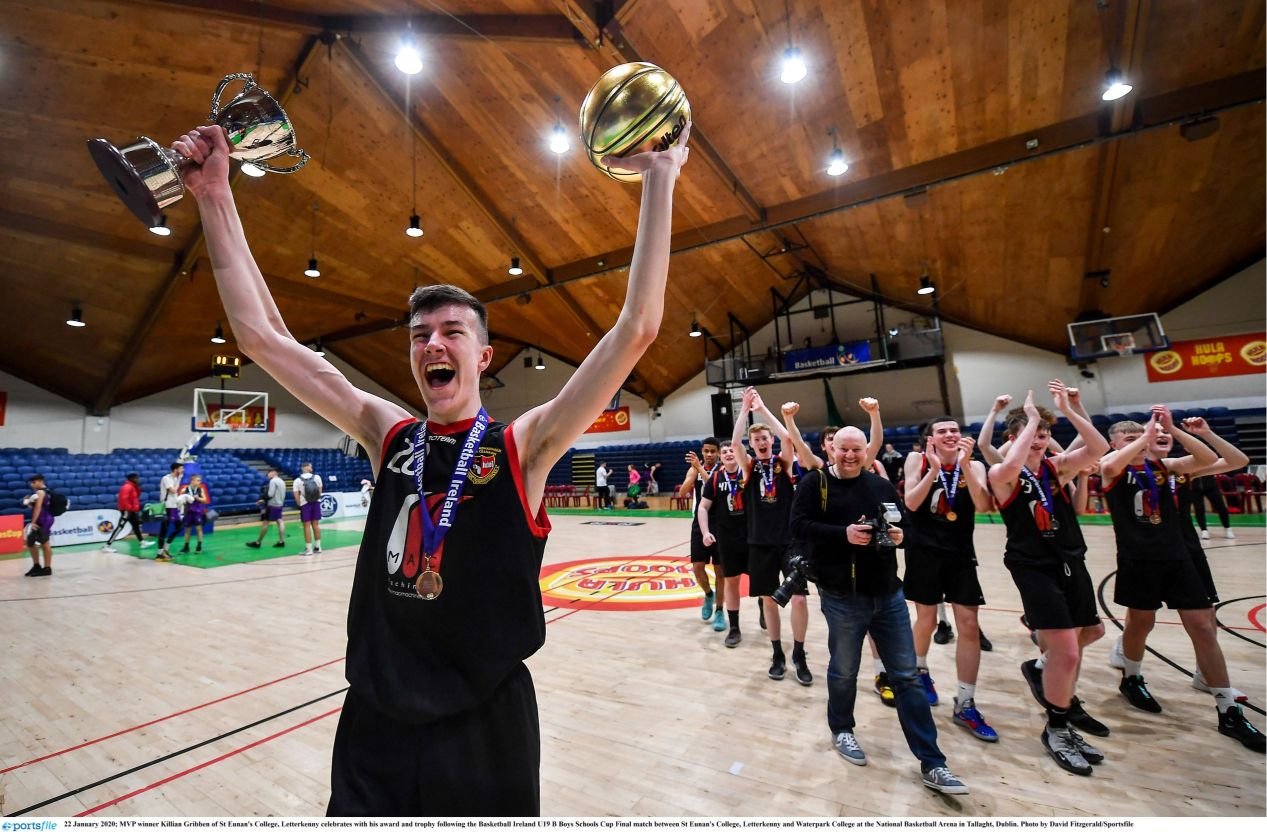