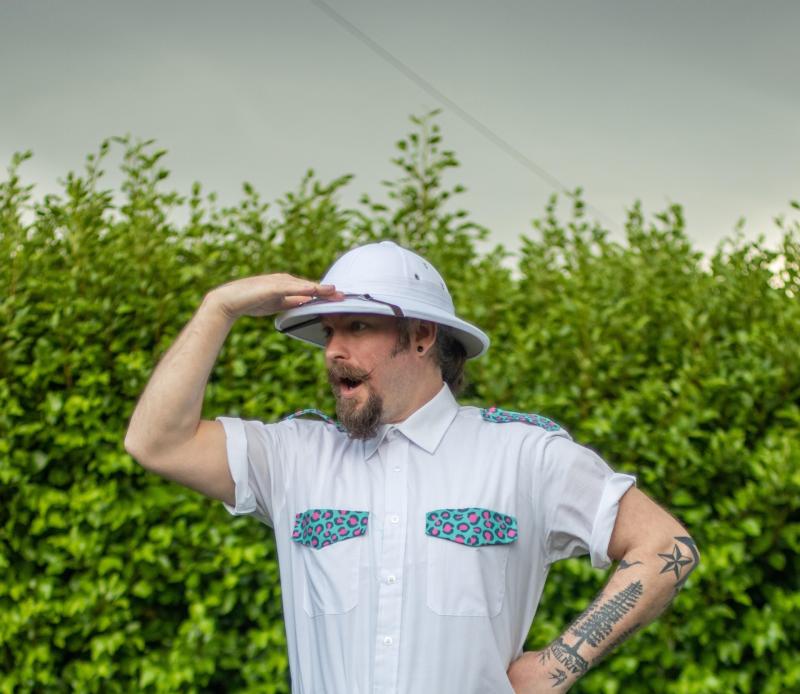 An Grianán Theatre in Letterkenny is welcoming audiences back for the first time in more than eight months this weekend.

Live performances in front of audiences have been permitted since restrictions were eased on June 7.

The theatre is one of the first in the country to have live performances since Covid-19 regulations allowed.

Orson Sterritt’s The Adventures of the Exotic Dr Proctor is the first show in front of an audience in the theatre since last September. There will be two performances on both Friday, June, 25 and Saturday, June 26th June.

The Covid-19 guidelines mean that up to 50 people can attend each show.

An Grianán’s marketing manager Daithí Ramsay said the return of audiences “is a big moment for us”.

“We've been busy producing and sharing online content throughout but live is where we really shine, and our main purpose is to bring performers and audiences together. All the technology in the world still has nothing that can replicate that experience of a room full of people enjoying a show together.

The theatre is due to announce outdoor shows over the summer which will have a capacity of 100, he said.

“We very much see these as positive steps along the way to when we will be safely allowed to go back to packed houses and sold-out shows and we hope that isn’t too far off.”

The Adventures of the Exotic Dr Proctor is a family show recommended for ages five and up. It’s the story of an intrepid explorer who travels through different worlds in his magic Horsebox

Creator Orson Sterritt has been juggling from a young age and learned his craft performing in parades and as a walk-around act. He has been performing in theatre for many years in musicals and various other shows. This is the first show he has written and also his first solo performance. The show is presented by Giddy Up Theatre in association with An Grianán Theatre and is directed by Sinéad O’Donnell-Carey.

This production is a recipient of a bursary award from An Grianán’s Make Some Noise scheme.