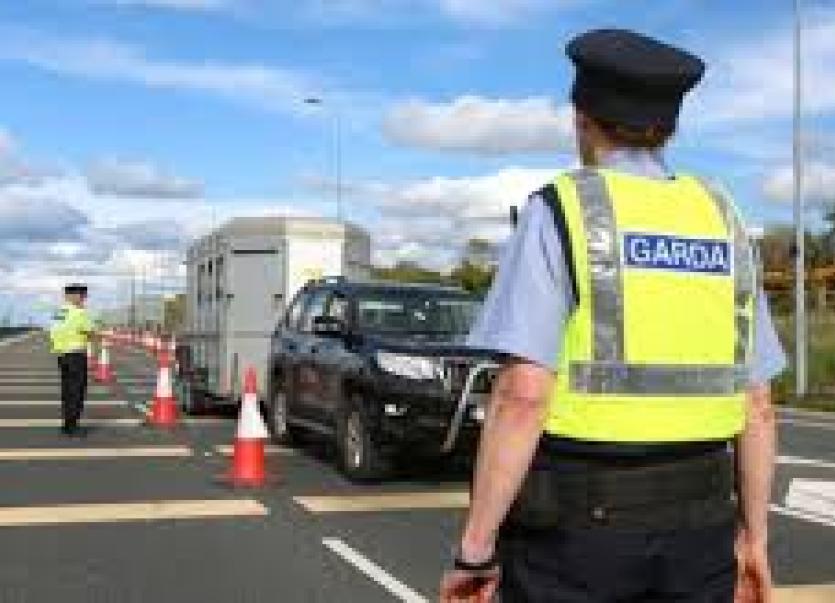 Following the decision of Government to move to Level 5 under the Framework for Living with Covid-19, An Garda Síochána has from Thursday, October 22, conducted a range of activities to keep people safe by supporting public health measures to reduce the spread of Covid-19.

This has included a large of number of static and rolling checkpoints, high visibility community engagement patrols, visits to retail premises, and ongoing support for the most vulnerable.

Since October 22, An Garda Síochána has operated 132 checkpoints on major roads and approximately 1,000 other checkpoints on secondary and minor roads per day.

Compliance rates with travel restrictions and other regulations relating to individuals has been very high.

There have been two incidents since October 22 where individuals were suspected of breaching travel restriction regulations and files were sent to the DPP in line with garda policy.

Transport Infrastructure Ireland data shows that volumes of private cars on the roads have fallen again since the introduction of Level 5. Overall, traffic levels are down almost 50% when compared to pre-Covid-19 levels in February 2020.

Gardaí have also continued to prevent and detect crime and road traffic offences at Operation Fanacht checkpoints over the seven days from October 22.

In total, there have been 71 crimes recorded in the course of Covid-19 operations that were not related to breaches of regulations. These were mainly road traffic and drug related.

Gardaí are increasing the use of mobile data stations equipped with new datasets to detect serious motoring offences more efficiently and effectively at checkpoints.

Examples of incidents detected at checkpoints over the last week include:

- Three cars seized at one checkpoint in Kildare that had a "failed dangerous” NCT rating (where no repairs had been carried out).

- An unaccompanied "L” driver who had been driving on a learner permit for 15 years that had expired. This was one of six cars seized from unaccompanied learner drivers at the Kildare checkpoint.

- A driver stopped at checkpoint on N7 for intoxicated driving. When brought back to station, it was found he had an outstanding European Arrest Warrant for a number of serious offences.

- A van driver stopped at a DMR checkpoint who was disqualified from driving, had no insurance and no licence.

- Three separate drivers arrested at a checkpoint in Meath for driving under the influence – two for cannabis, and one for alcohol.

- The driver of a tractor stopped in Meath with tax expired for over seven years.

- Arrests for intoxicated driving in Cavan (alcohol) and Monaghan (cocaine).

There have also been high visibility community engagement patrols by gardaí in parks, natural beauty spots and public amenities.

In relation to other regulations, since October 22, there has been one incident where the non-wearing of face masks has resulted in a file being sent to the DPP (bringing the total to eight since this became a regulation).

There have been no incidents of failure to provide contact tracing details on landing forms since October 21 so the total remains at three.

There are early indications that some categories of crime (such as burglary) have fallen since the introduction of Level 5 restrictions while others remain at similar levels (such as drug offences).

The drop in crime overall does not appear to be as significant as in the April-June period. An Garda Síochána will report on these crime trends in more detail as they become more discernible over the next few weeks.

An Garda Síochána has been conducting checks of retail premises across the country to ensure compliance with public health regulations. For example, in the period from 12noon on Sunday (October 25 2020) to 3pm on Monday (October 26 2020), 954 checks were carried out.

The vast majority of retail premises were compliant or came into compliance when requested to do so. This is being verified by follow-up inspections.

However, up to Thursday last, October 29, there have been six incidents where premises so far have continued with suspected breaches of regulations. In each of these cases, in line with garda policy, a file will be sent to the DPP.

An Garda Síochána will continue to police using its 4Es approach of engage, educate and encourage, and only where provided for and as a last resort, enforcement.

Deputy Commissioner, Policing and Security, John Twomey said: "Compliance by the public and businesses with the Level 5 public health regulations has been very high and we thank them for that.

"It is clear from traffic volumes that people are heeding the advice to think before making a journey about whether it is really essential.

"We are continuing to visit and engage with retail premises to ensure compliance with the regulations. We are seeing wide-spread compliance, but there are some premises who are potentially in breach of the regulations and need to pay attention to the obligations upon them. An Garda Síochána will focus this weekend on those retailers who are still potentially not compliant.

"Gardaí throughout the country continue to support people who are vulnerable or who feel isolated. If you know of anyone who, for instance, needs their pension collected, or some shopping done, or checked on please contact your local garda station. We are here to help.

"We appreciate this is a difficult time for people, but we all need to continue to work together to reduce the spread of Covid-19 by adhering to the public health advice,” he said.