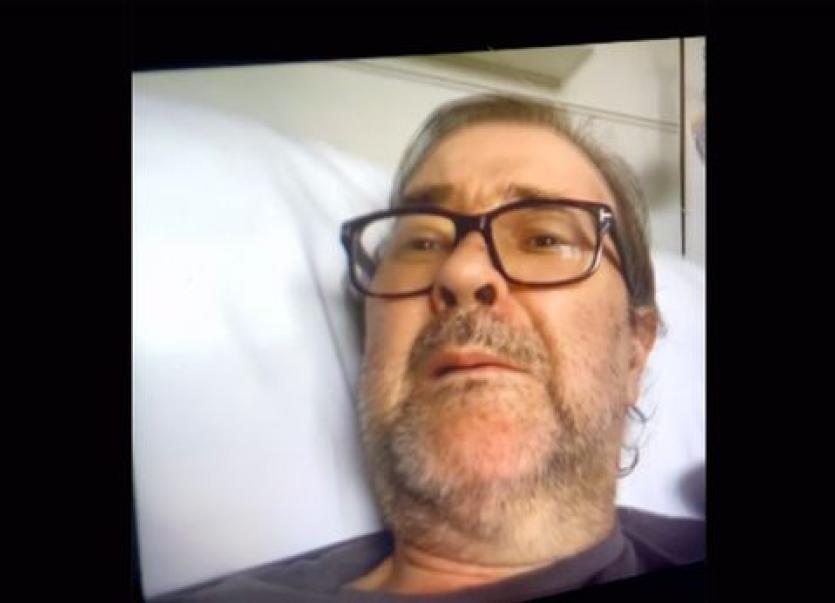 Anyone who is still in denial about the worst effects of Covid-19 would do well to watch the heart-wrenching documentary ‘Kate Garraway: Finding Derek.’

It features the story of Derek Draper, husband of TV presenter and journalist Kate Garraway.

He was hospitalised and admitted to an intensive care unit. Before long he was placed in an induced coma and was put on a ventilator.

A year on, he is still in hospital and it is unclear how much of a recovery he will make.

Like many people, I was aware that he was seriously ill with Covid-19. I remember hearing Kate Garraway interviewed last summer and her saying: “Derek is the sickest person the team of doctors in the lung hospital have treated, who has lived.”
What I didn’t realise until watching the documentary which aired on Tuesday evening, was exactly how much his entire body and mind were affected by the disease.

He suffered multiple organ failure and for several months, was kept alive solely by the power of medicine.

Mr Draper was unable to speak for much of his illness. It was heart-breaking while watching the documentary to see the mixed feelings that were stirred up when he spoke his first word since becoming ill.

His limbs were being moved by physiotherapists, who asked him to let them know if he felt any pain.

He answered them with the single word, “pain.”

To his wife, there was huge relief that he had spoken coupled with a lot of sadness that he was in pain.

But the fact that his mind was functioning well enough to recognise pain and to be able to communicate it was hugely positive. It gave hope that the person was not lost inside the body ravaged by illness.

As months passed, he began to express emotion and to communicate with his beloved family. And while each small step was celebrated, it was still shocking to see the effects this awful virus had on Derek Draper.

He remains in hospital in need of a high level of multi-disciplinary medical care, despite a downstairs bedroom being prepared for him at home and his wife’s willingness to become his full-time carer.

Indeed, the hospital has agreed to accommodate him until the end of 2021, showing just how far he has to go in terms of recovery.

And it is not at all clear if he will make any further progress, or even if his current level will be maintained.

Ms Garraway spoke of her fears that he would go backwards, and he is by no means out of the woods in terms of whether he will survive the effects of the virus.

The impact on his mental health was also very apparent during the documentary. At one point we saw Mr Draper crying and telling his wife over the phone that he couldn’t cope any more, that he didn’t want to go on.

Ms Garraway’s strength in supporting her husband and children through this terrible illness has been immense. She has remained compassionate, courageous and a loving wife and mother. She has used her journalistic skills to inform herself and to speak to others about what is now termed ‘long covid.’

One person she interviewed was a former nurse who initially had only a mild version of Covid-19. She then became so ill that she was no longer able to do her job. She told Ms Garraway that she had gone from running an acute ward to not being allowed to cook because there was a danger that she would put the house on fire. This was due to significant short term memory loss, just one of the many long covid symptoms that she was experiencing.

It really was harrowing to see these effects. It also served as a reminder that this is an awful virus. There are so many ways that it can affect people, and we still have a lot to learn.

Since the documentary aired, I have heard of a number of people here in Donegal who suffered long covid, after initially seeming to have recovered. Tragically, not all of them have survived.

We need to keep doing everything we can to keep ourselves and each other safe. Yes, there are things we are all missing, loved ones that we dearly want to visit, places that we want to go. But this is not the time. We must keep limiting our social contacts until such time as it is deemed safe to widen our circles, because every unnecessary contact is putting someone at risk of horrendous suffering or death.

We’re nearly there - we can manage a few more months.