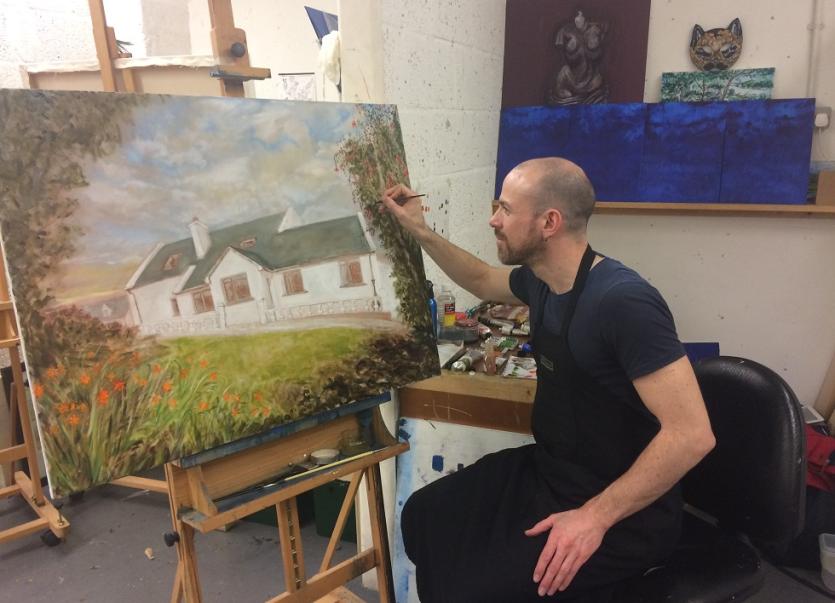 A stunning blend of art and architecture is helping an emerging west Donegal artist capture the scenic landscapes of Donegal in a new light.
Karol Mac Gairbheith from Gaoth Dobhair will debut his solo exhibition an tSean Bheairic Falcarragh Visitor Center as part of this year’s Earagail Arts Festival.
Titled “Bealach Chun An Larthair - A Road to the West”, the exhibition, which opens this evening, Saturday July 8th and will feature up to 30 of his original works.
Karol explains that it was a deep love of art from a young age that has led him to create his unique style of painting, where he captures often familiar Donegal settings in a stylish, yet distinctive way.
“I've always had an interest in art since I was a child. I studied it in secondary school then and it was probably my best subject. I went to school in the Rosses Community School because they had a very good art teacher, Mary Toland. I went to the school particularly to study under her. I was really into draw first but didn’t take up painting until my teens." 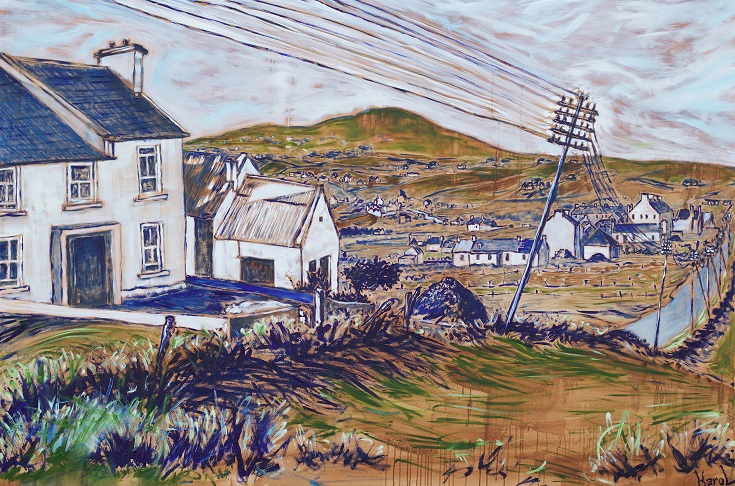 After leaving school he temporarily put the paintbrushes on hold when travelled to London to study architecture.
“I went to University in London, South Bank University, and then went on to practice architecture for ten years. Studying over there was great. It is a brilliant city, very multicultural and full of diversity, and there was just so much to do. There was always something on. It is a very vibrant, young city.”
Given the deep architectural heritage of the English capital, Karol said he learned a great deal on his subject.
“It was incredible. You are studying architecture in London and it is the cutting edge of technology and you are dealing with advanced design techniques. I specialised in parametric design. It is a little bit tricky but it is futuristic design where you have to think in terms of parameters and how all the building elements relate to one another, metrically, and use that to develop a very coherent design.”
He was part of a team that worked on a range of significant, cutting-edge designs to be constructed around the world.
“I did some work on projects valued at up to £200 million. One of the most significant was for the royal family in Qatar. It was a visitor centre that was suspended above the air by two giant arcs, and it was only accessible for cable car.”
“It was like a space station,” he laughed.
He said it was a “great ten years” in London but the high pressure job was
“I functioned through it for many year, and it was great when you are in your early 20s, but after ten years it was a case that something had to give and I did because unwell. I decided the best thing to do was to move back home to recover. Through my recovery I started, as I came back home, i started to see the beauty of the landscape again and I got the appreciation of and I just felt compelled to paint.”
It was through his connection with the Createalink programme, which is run in conjunction with the HSE to assist people recover through the medium of art, that he has begun a new direction in his creative pursuits.
“They have a programme and various modules you can take, that has given me the space to work towards an exhibition and launch myself as an artist,” he stated.
“It has given me a new direction and it is great being at home with family and I have my friends here and in London. I still go over to see them and they come over here and there are a few coming over for the exhibition launch on Saturday.”
Now on the path to recovery, he is looking forward to where his new direction will take him but he says he is constantly intrigued by the stunning scenery of Donegal, both built and natural heritage, with its changing seasons and ever changing light.
“I’m really enjoying it because I have progressed so much. The work that I’m doing is developing. Some of the work is progressive, some is traditional. I do go to art exhibitions at home and many abroad to study the techniques of other artists but particularly the masters. I’m just trying to use that to inform what I do. I’d like to make it may craft and represent the Donegal landscape”.
“I try not to focus on the dwellings themselves and not give too much resolution. It is more about the undulating landscape, which was the type of architecture I was interested in, things such as folding plains, or futuristic curves. It is definitely the topography of west Donegal. It is spectacular and I would definitely like to study it more and hopeful express it in other ways."
Karol says he has received great encouragement from Creatalink’s art director, Peader McDaid.
“I think he may have seen something in me because he has encouraged my from the beginning,” he adds.
See www.karol.ie