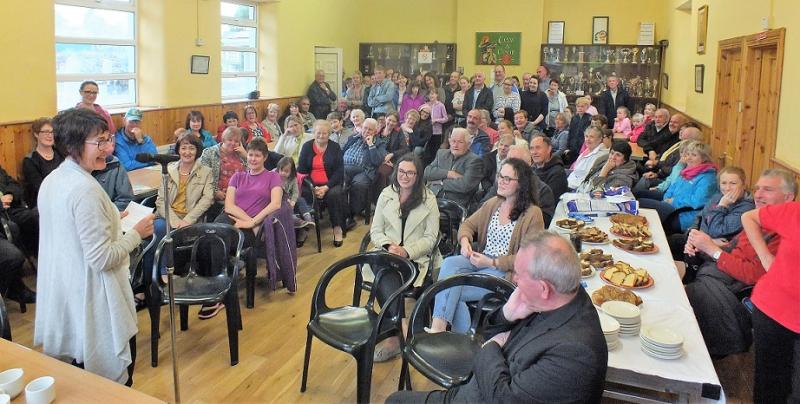 A plaque has been unveiled at Teach an Cheoil in Gortahork in memory of the great community activist and broadcaster Séamus Mac Géidigh, who died suddenly in July of last year.

The unpolished granite plaque was unveiled by Fr. Seán Ó Gallchóir, P.P. Before the unveiling ceremony Séamus Ó Briain, headmaster of Pobalscoil Ghaoth Dobhair and a lifelong good friend of his, gave a talk on the many things Séamus had achieved for his native Gortahork.

He said it was appropriate that the plaque was unveiled during Féile Ghort a’ Choirce, because Séamus had come up with the idea in 2008 that a festival should be held in the area. He served on the committee of the festival up to the time of his death. 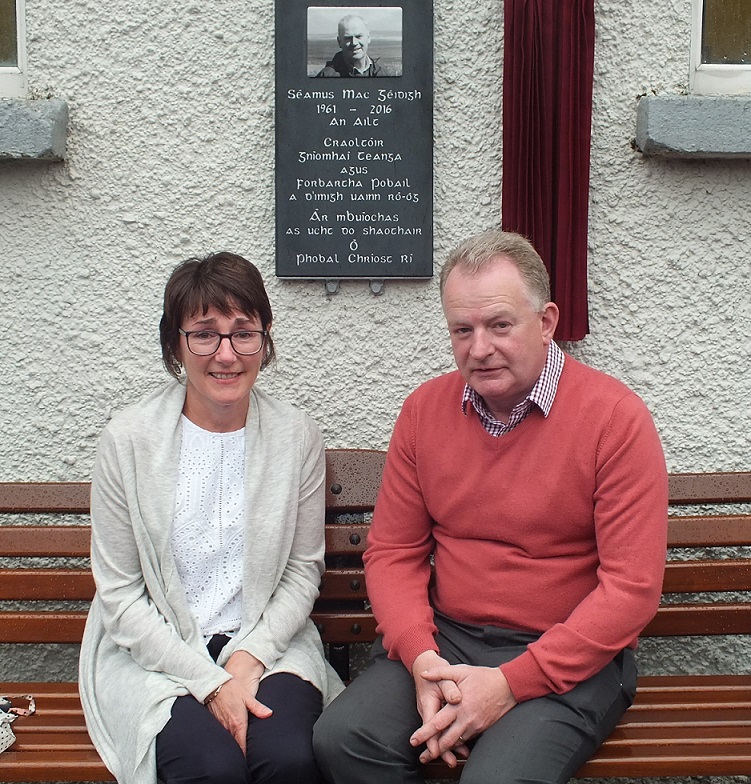 Dolores with Séamus Ó Briain, a lifelong friend of her late husband who spoke at the ceremony. Photo: Tommy Curran

Séamus also served as secretary of Coiste na Paróiste from 1999, when it was established, until his death. Not only that, he was a member of each sub committee under the umbrella of Coiste na Paróiste, including Coiste Féile Ghort a’ Choirce, Coiste Ghlór na nGael, An Coiste Infrastrúctúr, Coiste Gníomh don Phobal, An Baile Beo and many more. 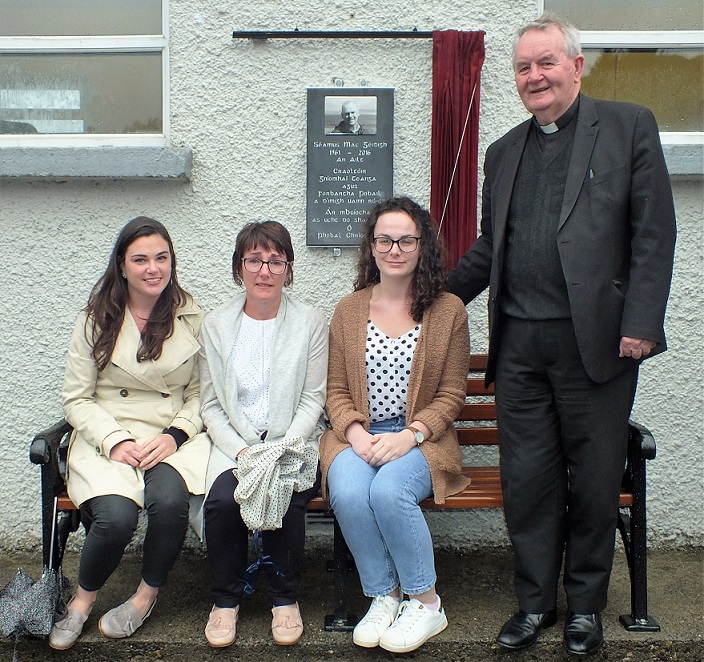 He worked hard on anything he was involved in. He made sure that the Irish language was central in the naionraí, which is under the auspices of Comhar Naíonraí na Gaeltachta.

Other projects Séamus was involved in while serving on Coiste na Paróiste were the development of buildings and schools in the parish, as well as improving parking facilities and extending the graveyard.

A sum in the region of €3 million has been spent on those projects. He was also central in securing funding for a major refurbishment of the parish hall and development of Ionad Pobail Mhachaire Rabhartaigh. A few days prior to his passing he attended a meeting with Údarás na Gaeltachta to secure funding for the re-thatching of Teach Mhicí Thomáis.

Present at the unveiling ceremony was Séamus’s wife, Dolores, and daughters, Éadaoin and Póilín. His son Dónal was unable to be present for the ceremony. In her remarks to the gathering, Dolores thanked everyone who has been so good to them since the passing of Séamus. Fr. Seán Ó Gallchóir also spoke and said Séamus was sorely missed. 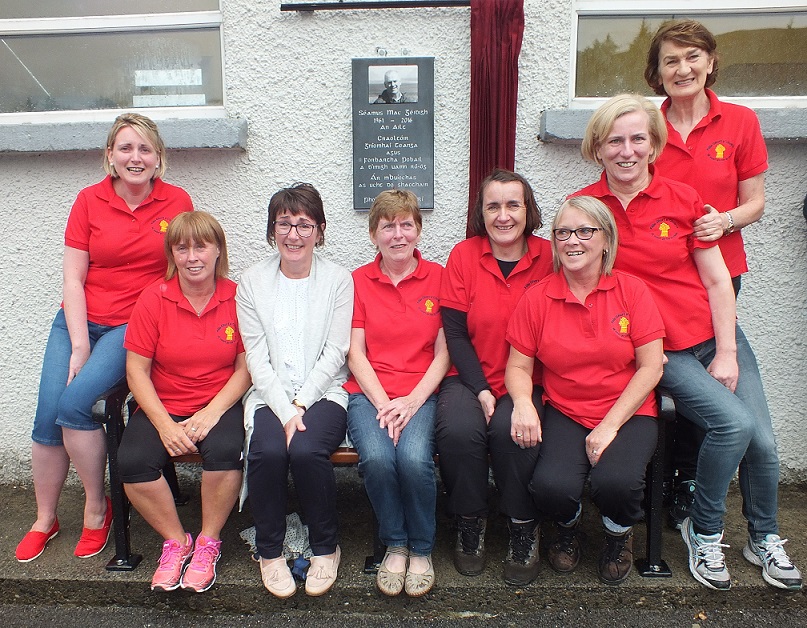 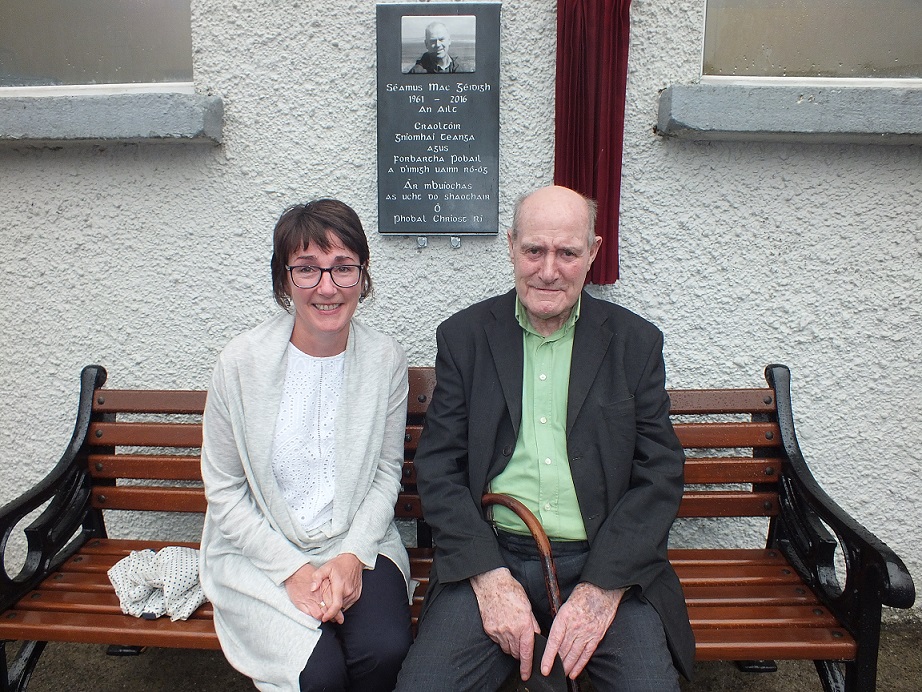 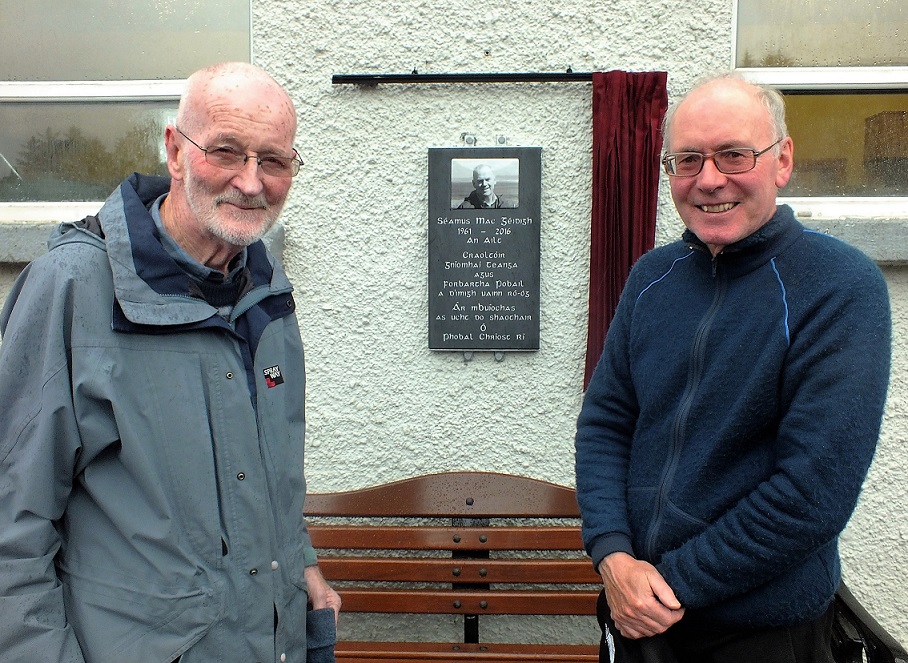