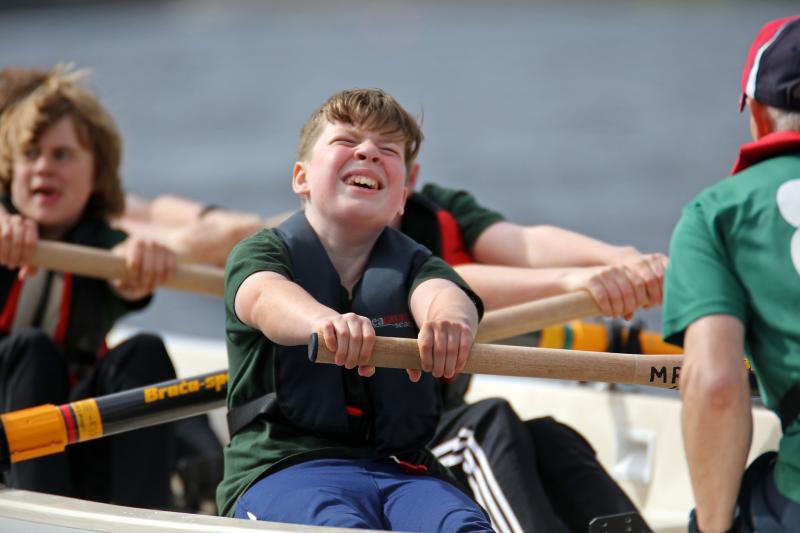 Donegal is to host the All Ireland Rowing Championships for the second successive year.

Donegal is to host the  All Ireland Rowing Championships for the second successive year.

Donegal Bay Rowing Club will be hosting the All Ireland Rowing Championships at the Lakeside Centre in Ballyshannon over three days commencing on Friday, August 18th.

The event, at the same venue, last year was judged an outstanding success by both and visitors alike. The championships attract approximately 2000 oars people and with club supporters for each

team, this number swells to over 5000 attendees for the three days.

Sunday 20th from 12.00 noon. This year the inaugural Dragon Boat regatta will be the highlight of the festival at the pier and will commence at 2.00pm.

there will be a spectacular fireworks display.

Donegal Bay Rowing Club chairman, Seamus Maguire is the driving force in bringing rowing in the North West onto the national stage.

After last year's All Ireland, the club decided to channel all its resources into what called One Design boats or CelticYawls. This type of boat is used in all races other than the Heritage boat events on Friday 18th.

The strategy involved an indoor training with newly sourced rowing machines and a recruitment drive in the local schools.

A winter boat was stationed in Donegal and on the training began in late January.

The culmination of these efforts has resulted in the Donegal Bay club being represented in nine race categories with twelve crews in this year's All Ireland.