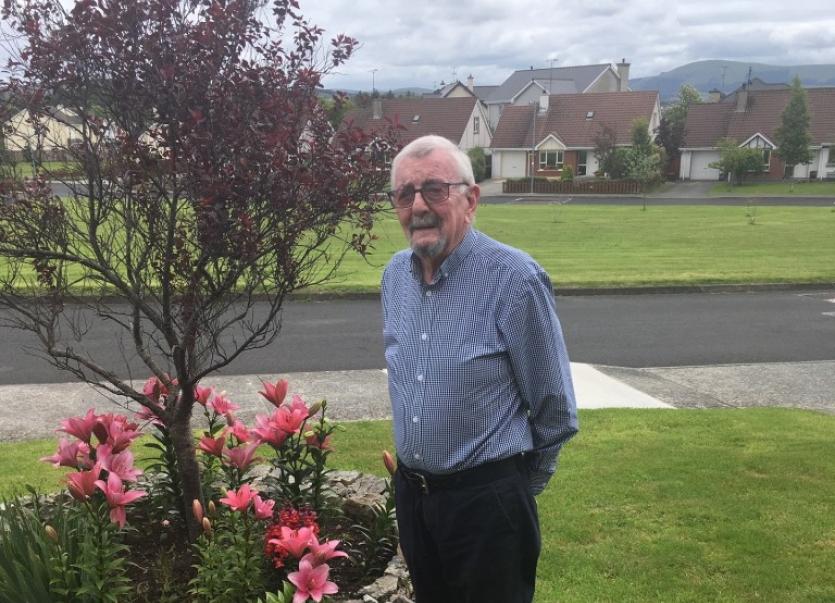 A year off 80, the brilliantly talented Jimmy McBride

In pride of place on Jimmy McBride’s wall in Buncrana is a framed poem written by Grace Toland of Clonmany to celebrate the 21st year of the Inishowen International Folk Song and Ballad Seminar, founded by him in 1990.
It begins: “A Buncrana school teacher, Jimmy McBride
As he was sitting down by his fireside,
A devious plan came into his mind,
Which made all his friends to take warning.
So for the next twenty years because of that day,
We gather each year as we do today,
In the finest of company, friendship to display,
And drink and sing songs to the morning.”

Jimmy laughs: “My great friend, the late Tom Munnelly, who was Ireland’s most celebrated song collector, said…’Jimmy, we’ll call it a Seminar and it’ll work better for the oul’ grants’ He was right, we got cash from the Arts Council!”
Jimmy was born in Middletown, Derrybeg, in 1940 and was raised by his grandaunt. “That wasn’t unusual, Frank...my mother and father worked in Glasgow and I saw them in the Summer.
“One of my sisters had a disability and it was easier for her to be looked after by my mother in Scotland.”
His mother Mary Coll, sang and his father Jimmy was a singer/songwriter. One of his dad’s most famous songs was about the radical Carrigart priest, Canon James McFadden, who was sent to Gaoth Dobhair in 1875 as PP.
He was saying Mass in Derrybeg in February 1899 when a force of RIC men, under District Inspector Martin, arrived to arrest him. His parishioners resisted the police and in the scuffle that followed, Martin was accidentally killed, probably by falling to the ground and hitting his head against a stone.
Some of the men involved escaped but Canon McFadden and about 40 other men were eventually arrested and jailed.
“Oh, come all you Roman Catholics and listen to my song,
“And likewise pay attention and I’ll not detain you long,
“Concerning Father McFadden who lies in Lifford Jail,
“He was remanded there for trial, the court would grant no bail.”
Jimmy grew up with a deep appreciation and love of music, went to Loinnigh National School and in 1954 headed to Colaiste Eanna in Galway for teacher training.
“It was full of Donegal lads...I was sent to the Boys School in Buncrana in 1960 and retired in 1998.”
He married Maura Doherty of Doherty Printers in July 1965 and they had four sons and one daughter. Maura passed away in July 2000. Jimmy began recording songs on an old cassette recorder around the peninsula and the Inishowen Traditional Singers‘ Circle (ITSC) was formed in 1988 to celebrate, encourage, foster and perpetuate the folk song and ballad tradition there.
It organises monthly sessions, an annual weekend of traditional singing as well as occasional workshops and tours.
In partnership with ITMA (Irish Traditional Music Archive) and IDP ( Irish Traditional Music Archive) it launched the Inishowen Song Project and has published books and sound recordings. It is a voluntary organisation made up of passionate supporters of the rich singing tradition of the peninsula.
The Inishowen International Folk Song and Ballad Seminar was established in 1990 by Jimmy to provide a public platform to celebrate and expose the rich English language singing tradition of the Peninsula.
Now in its 30th year, it is the longest running traditional singing festival in Ireland.
A year off 80, Jimmy still has the voice. Before I leave, he sings one of my favourite melodies, which became the classic ‘Gleanntáin Ghlas' Ghaoth Dobhair’, as translated by Francie Mooney, father of Altan’s Mairead Ni Mhaoinigh.
Jimmy’s father learnt it from a teacher in the islands who emigrated to the US and wrote it there. It is hauntingly poignant and beautiful.
Jimmy has published two books, “My Parents Reared Me Tenderly” and “The Flower of Dunaff Hill”...and many people will remember Inishowen Community Radio with great fondness...in particular, his “Thall agus Abhus” programme.
I particularly recall his wonderful 12-part series examining the contribution that Travellers have made to the preservation of the singing and music tradition in Ireland and Britain.
Contributors included such renowned performers as Ewan McColl, Paddy Keenan, Elizabeth Stewart, John Simie Doherty, Sheila Stewart and Kevin Mitchell.
In the Ballyliffin Hotel about ten years ago my friend Len Graham, along with Mick Quinn and Patricia Flynn, gave a talk entitled “A Journey Through Song.”
Jimmy McBride has surely made that journey. He has fused the ancient Kingdoms of Tír Chonaill and Inis Eoghain through lyric and melody..and the sum of those parts is a Donegal to cherish.